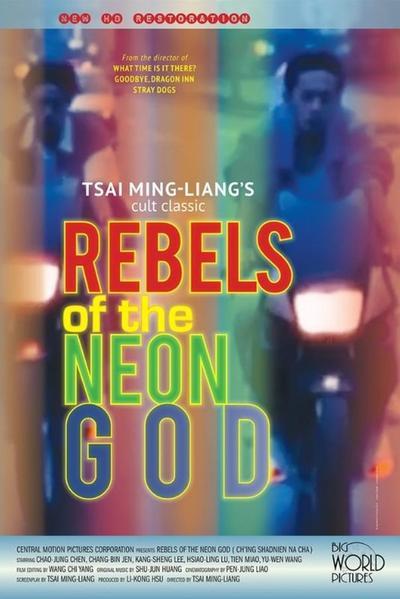 Quote:
On a raining evening at a nondescript telephone booth in Taipei, two petty criminals, Ah-tze (Chen Chao-jung) and his friend Ah-ping (Jen Chang-bin) drill through the lock of the public telephone and steal the contents of the collection box. In another part of the city, an unmotivated and distracted student named Hsiao-Kang (Lee Kang-sheng) encounters a cockroach in his room, stabs the insect with the point of his compass, and tosses its dead carcass into the turbulent wind, only to find the seemingly tenacious vermin resurface on the other side of his window. In a quintessential, understatedly amusing scene, Hsiao-Kang unsuccessfully attempts to swat the insect, crashes his palm through the window, and calmly walks into the bathroom to dress his injured hand, amidst the perplexed and inquisitive gaze of his father (Tien Miao) and mother (Lu Hsiao-Ling).The scene then cuts to the alienating soundtrack of an ominous bass drone against the shot of a crowded arcade, as the two young men squander their stolen change on an aimless evening playing mind-numbing video games. On the following morning, Hsiao-Kang decides to disenroll and pocket the tuition refund from his college preparatory class, and returns to the parking area to discover that his scooter has been impounded. Deprived of his means of transportation, Hsiao-Kang begins to walk the streets, and is spotted by his father while driving his taxicab. The father offers assistance in recovering Hsiao-Kang’s scooter, and convinces him to forgo his afternoon classes and join him in watching a movie. However, as they attempt to weave their way through traffic, their path is impeded by the discourteous Ah-tze who is escorting his brother’s girlfriend, a roller skating rink operator named Ah-kuei (Wang Yu-Wen), on his motorcycle. As the father attempts to maneuver around Ah-tze’s obstructing vehicle, Hsiao-Kang witnesses Ah-tze’s inexplicable act of smashing the sideview mirror of the taxicab before casually driving away. Without the responsibility of attending tutorial classes or employment, Hsiao-Kang spends his idle time at a local mall, and one day, spots Ah-tze and his friends at the video arcade. Inevitably, the aimless Hsiao-Kang begins to follow the charismatic delinquent through his familiar routine, before setting on a course to exact revenge.

Tsai Ming-liang presents a harrowing, austere, and poignant examination of urban decay, amorality, ennui, and alienation in Rebels of the Neon God. Introducing recurring elements that would come to define the essence of Tsai’s droll, minimalist, and idiosyncratic cinema, Rebels of the Neon God is a complex and metaphoric film that examines familiar Tsai themes: the ubiquitous presence of water (incessant rainstorms, the flooded kitchen floor of Ah-tze’s apartment, Ah-ping’s disclosed interest in Ah-kuei at a public toilet); the violative nature of the confined, shared spaces inherent in urban living (the opening shot of the telephone booth theft, Ah-tze’s unexpected intrusion while Ah-kuei uses the bathroom, Hsiao-Kang’s persistence in following Ah-tze), and the regression of human behavior to base instincts (Ah-tze’s acts of vandalism and theft, and Hsiao-Kang’s revenge). Through awkward and acutely wry scenes of prolonged and oppressive silence, odd actions, and instinctual behavior, Tsai confronts issues of identity, spiritual bankruptcy, and emotional disconnection with compassion, pathos, and humor. As a weary and distraught Ah-kuei hopelessly pleads “let’s leave this place”, she articulates a profound and compassionate anthem for a lost and marginalized generation foundering in the inertia of technology and modernization, complacently worshipping a hedonistic, and ultimately false, god. 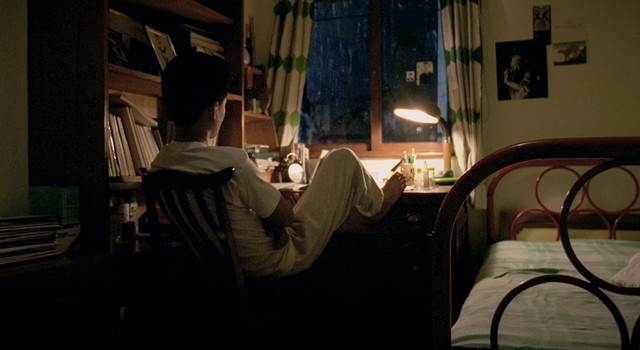 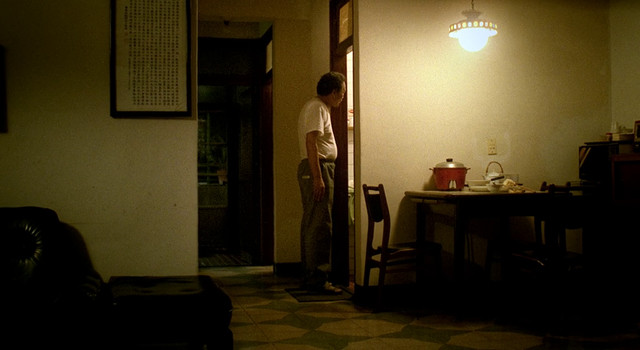 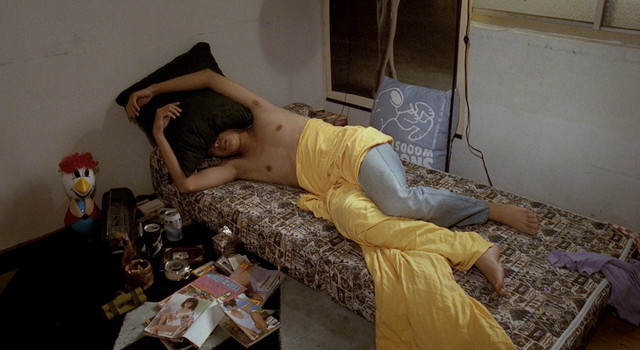 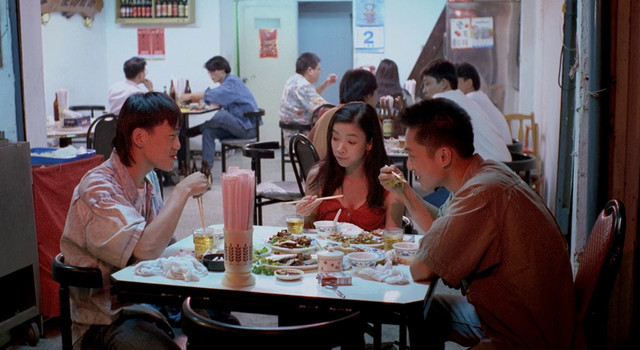 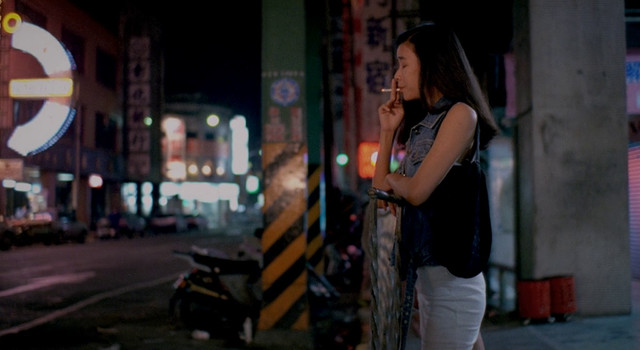 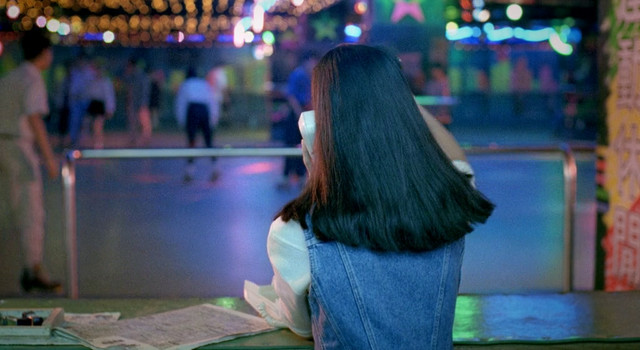 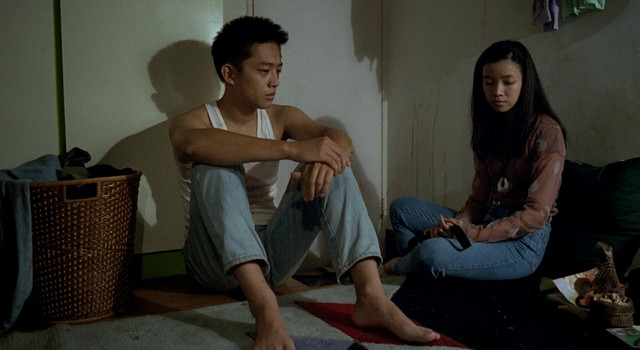 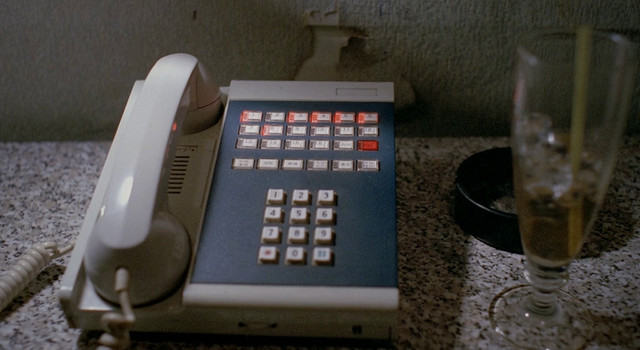