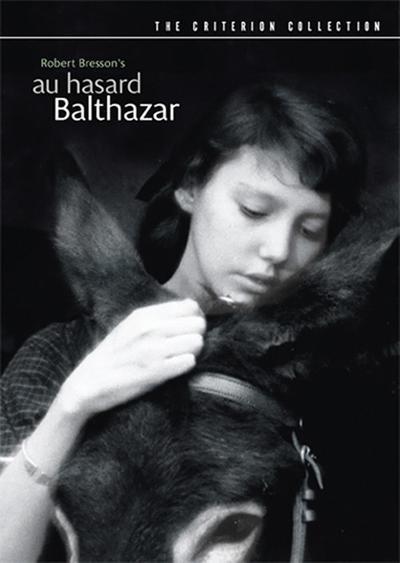 Quote:
Balthazar is a farm animal – a donkey – born into a life of servitude: a beast of burden destined to work the land, carry bales of hay, provide occasional transportation. His harsh, often exploited existence is paralleled through the life of Marie (Anne Wiazemsky), a reticent young woman whose father (Philippe Asselin) has been asked to maintain a friend’s farm after tragedy compels the owners to leave. Years later, the owner’s son, Jacques (Walter Green), returns to the farm to profess his support for Marie’s father, whose reputation has been ruined by persistent debt and rumors surrounding the unresolved ownership and usage of the farm. Jacques is devoted to Marie, but his declaration of love is received with complacent resignation.Instead, Marie is drawn to Gerard (Francois Lafarge), a cruel young man whose participation in the church choir is a facade for his activities as a thief and smuggler. Balthazar’s ownership passes to a baker (Francois Sullerot) and his wife (M.C. Fremont), and into Gerard’s hands, who delivers their baked goods and collects payment. Inevitably, an ailing Balthazar is turned over to Gerard’s accomplice, Arnold (Jean-Claude Guilbert), a career criminal suspected of murder, and begins a new life as a guide animal, then a circus attraction, before being sold at auction to a miserly, abusive merchant (Pierre Klossowski). When Gerard spurs Marie, she turns to the merchant for companionship, but is led further down a path of hopelessness and despair. 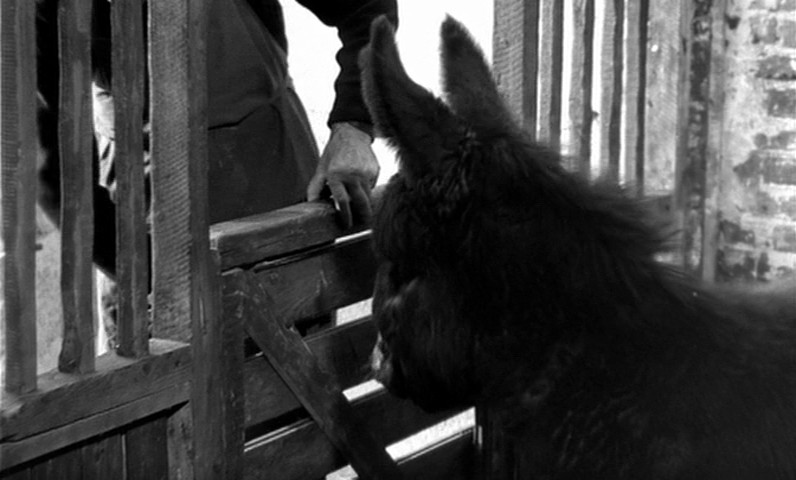 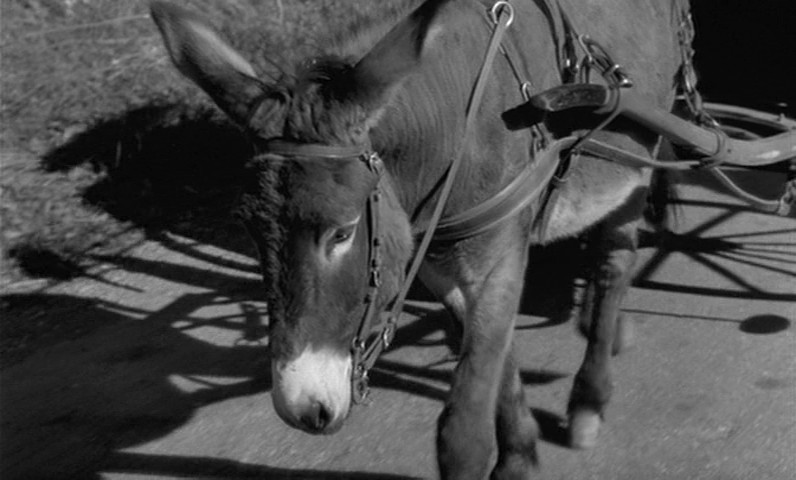 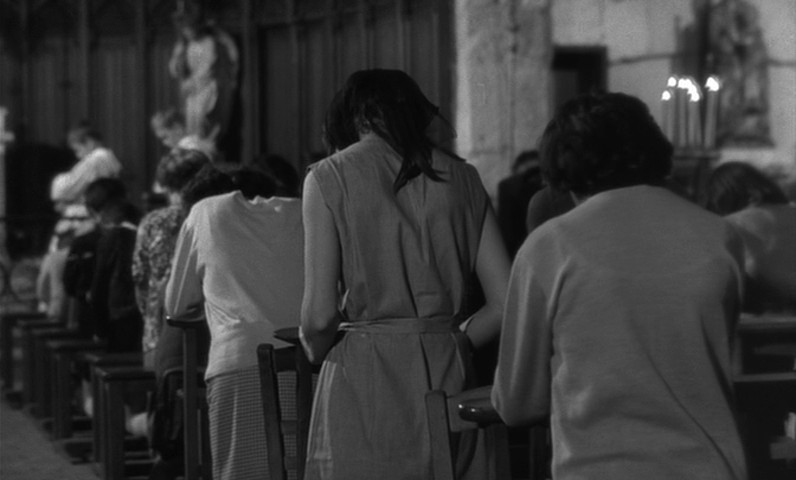 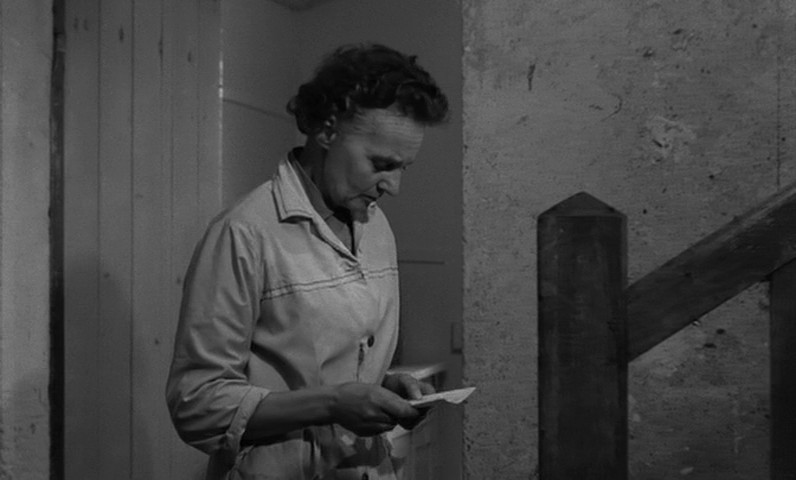 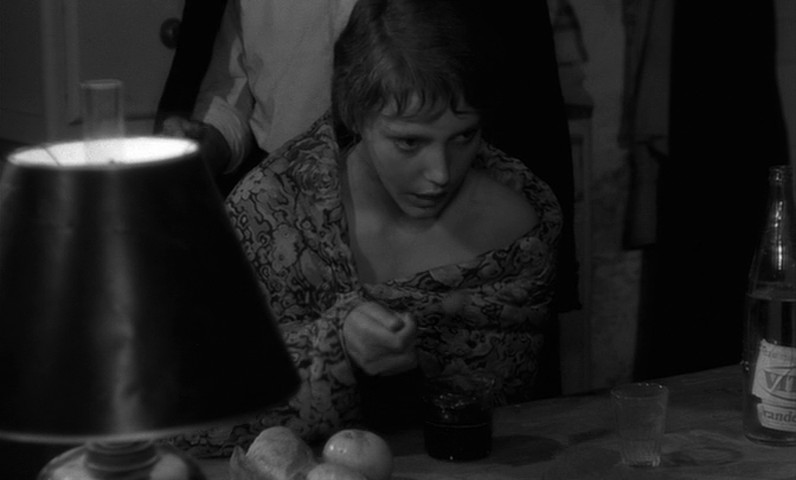 Au Hasard Balthazar is a haunting, subtly disturbing, and thematically uncompromising portrait of man’s innate cruelty and destructive impulses. Through the transfiguration of a mistreated animal as an allegorical symbol of virtue, purity, and redemption, Robert Bresson creates a visually spare and indelible film of startling intensity: the symbolic image of Marie, Gerard, and Balthazar in the snow; the framed shot of a humiliated Marie against the back closet of the farmhouse; the final, sublime shot of Balthazar with the grazing sheep. Alone in the countryside, wandering and without direction, Balthazar finds a place of peace…his sanctuary.