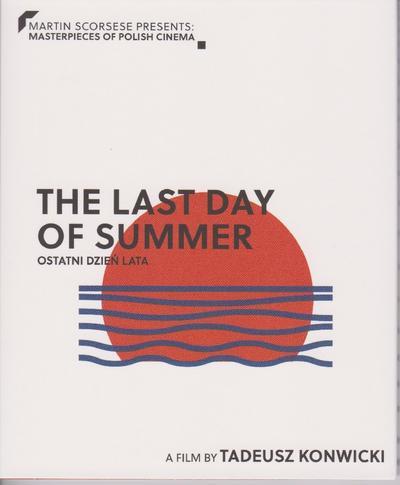 Quote:
There is something vaguely mythical to the manner in which Konwicki introduces his characters, both to us and to each other, lapped as much by the ethereal eeriness of the score as by the seaside winds that send their hair aflutter. When they tend to speak to each other in whispers, it seems almost out of respect for the otherworldly aura of their locale, as though it is to their eyes as improbably beautiful as Konwicki’s camera renders it to us. They—referred to in the credits only as “He” and “She”, mysterious and mythical in themselves—do not whisper much; there’s a clear silent heritage at work here, conferring meaning to the motion of faces and the movement of the camera along this spectral shore.

A literal landscape this certainly is not; as much as the spiritual sensibility of the piece, Konwicki’s framing foregrounds an allegorical interpretation of all we see. “This is the place for wearied people,” says He with a certain resignation that’s sure to set him among them, “people who don’t want to win or lose.” Like the clouds that accrue above, Poland’s terrible wartime fare casts a foreboding shadow that’s impossible to ignore, especially given the distant drone of planes overhead heard at the beginning and end of the film. Explicit references are avoided, much as they might be inferred; while the war offers an easy answer to the sense of malaise on which the movie’s mood is predicated, it’s as effective an embodiment of any kind of terrible, lingering trauma. 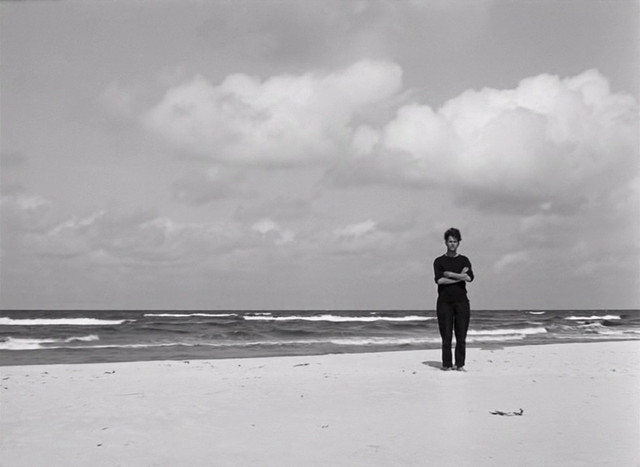 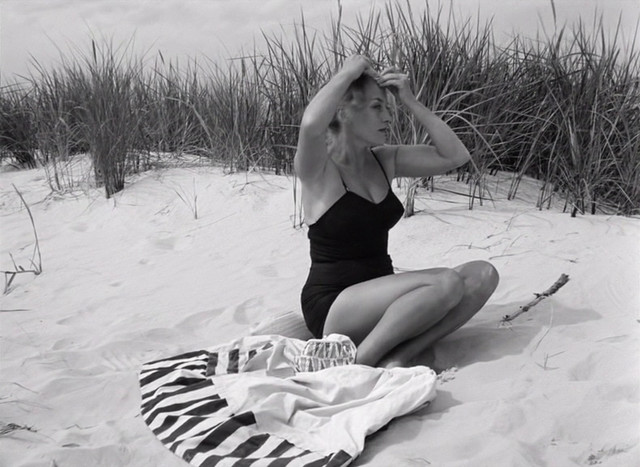 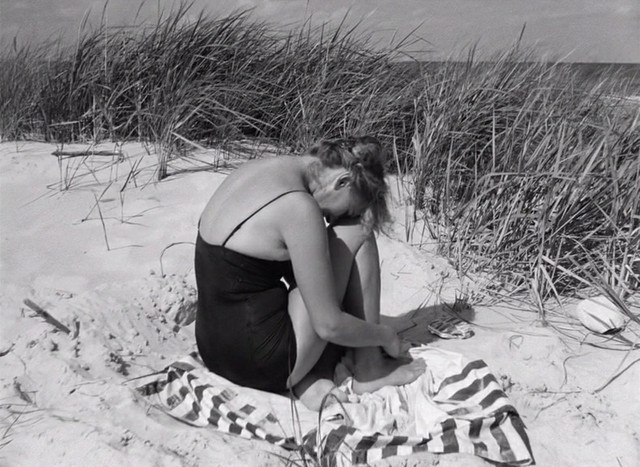 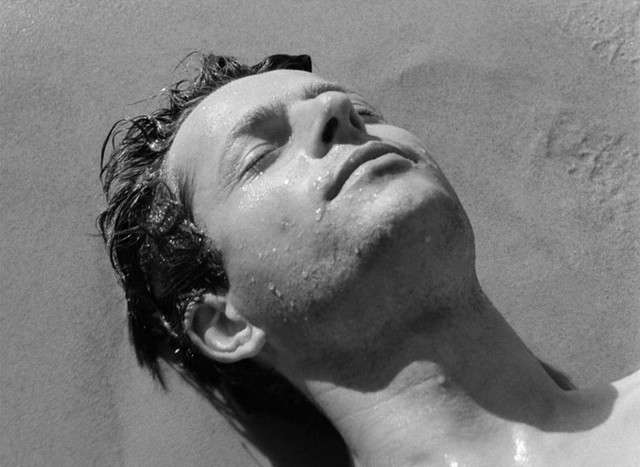 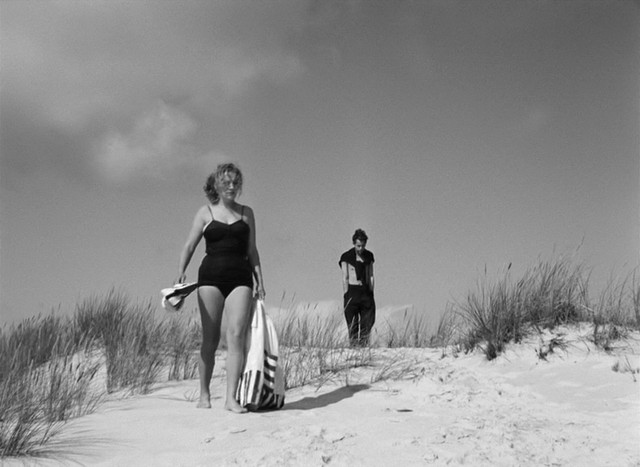 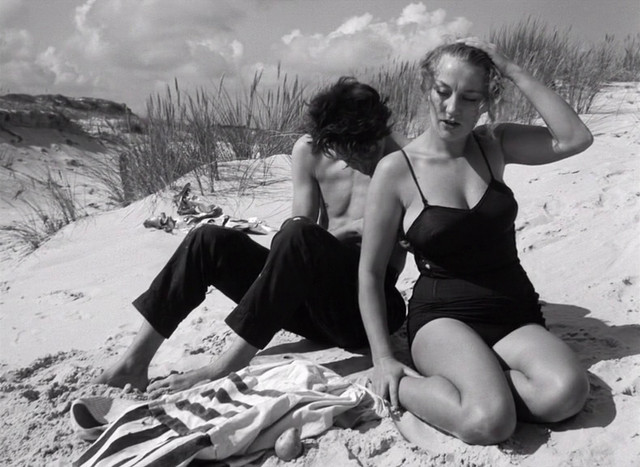 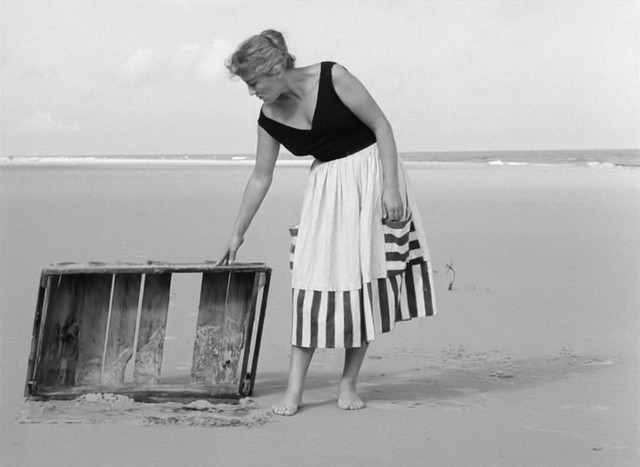 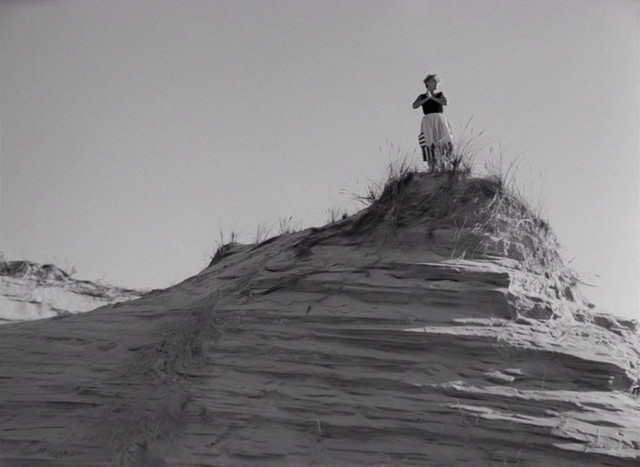 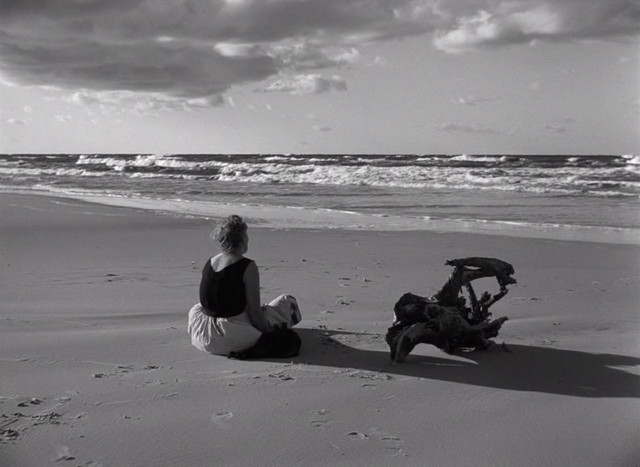