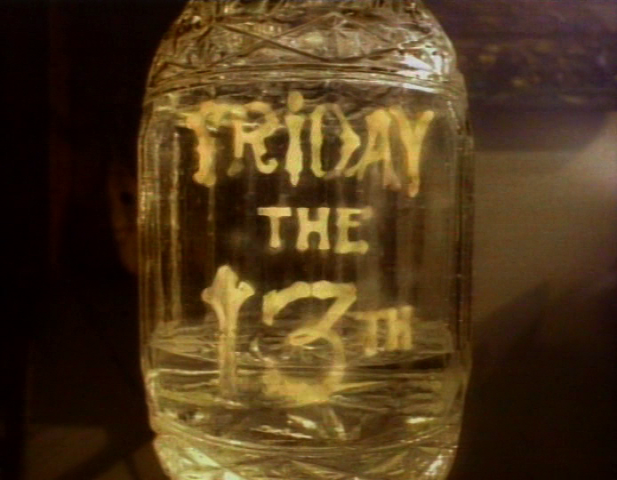 FRIDAY THE 13th: THE SERIES was always an odd duck of a show. The spin-off series (which was also known as FRIDAY’S CURSE in some regions) had no relation to its big screen counterpart aside from the title, and it instead featured the weekly adventures of a group of characters running an antique store called Curious Goods, which was filled with cursed items.

The show had some dud episodes along the way, but it could be a surprisingly creepy affair at times and the premise of collecting haunted items was kind of inspired. It was filmed in Canada throughout its three season run and was shot on a strict ten-day schedule to help keep costs in check. Various guest directors of note passed through its hallways, including Atom Egoyan, Tom McLoughlin (who also directed Jason Lives) and Jennifer Lynch.

There was no guest director quite as esteemed as David Cronenberg though, who by the time he filmed his episode in 1987 was best known for the intelligent body horror chills of VIDEODROME, SCANNERS and THE FLY. It’s certainly odd to see such an acclaimed filmmaker turn up for a random episode of a low-budget horror series, but when did Cronenberg ever play by the rules anyway?

It shouldn’t be a major shock to learn his entry, season one’s “FAITH HEALER”, is a standout episode of the entire series, and has a bit more depth to it than the standard monster of the week script. The episode opens with a faith healer named Stewart Fishoff addressing a crowd, and bringing forth a blind man to cure him of his disability.

Fishoff is quite the salesman and he sends the audience into a religious frenzy until his fun is spoiled by professional debunker Jerry Scott (played by Cronenberg regular Robert A. Silverman) who arrives onstage and reveals the blind man is just wearing contacts. Fishoff soon flees and emerges into a seedy alleyway, where a couple of his deceived fans yell abuse at him.

He runs away before tripping over some garbage, and then as luck – or faith – would have it he see a pristine white glove on the ground. Something compels him to try it on and he immediately feels a surge of power from it. Then another of his jilted fans, an old lady who is riddled with a `nasty skin disease, arrives to shriek at him some more. He touches her head and absorbs her illness, leaving her healthy and happy again, praising the lord.

Fishoff isn’t feeling so hot afterwards, though; he runs away and is horrified to find his hand is now covered with festering sores from the woman’s illness, which is shot with typical gooey flair by the director. An unfortunate cop comes by to check if he’s alright, only for Fishoff to pass the disease onto him, which reduces the poor chap to a decaying mess.

Realizing the extent of the gloves power, he sets off to abuse it for his benefit.

This opening an effective setup for the episode, telling you all you need to know about the slimy villain and how this week’s MacGuffin works; sure the glove can cure anything with a touch, but it must be passed on to someone else before it kills the wearer. The glove also amplifies the effects of the ailment, so terminal cancer becomes something like super cancer when the glove absorbs it.

It’s a fun premise, and you can see why Cronenberg was attracted to this episode in particular. He gets to mock religion and film scenes of nice icky body horror, plus he gives character actor Silverman a nice juicy role.

From the opening scene onwards its clear Cronenberg has the same contempt for the concept of faith healers as the character of Jerry Scott does, but there’s a grudging respect for just how well they sell their bullshit. Fishoff fills each speech with passion and gusto, and despite his innate sleaziness you can see why people could be suckered in; especially after he gains “real” healing powers.

Maybe another thing that attracted the director is that it effectively sidelines lead characters Ryan and Micki for most of the episode, so once the gang realise what the glove does its left up to kindly old professor Jack Marshak and his old friend – and Fishoff’s enemy – Jerry Scott to help take down the evil healer when they learn he’s killing people with the glove.

The character of Scott is by the far the most interesting element of the episode; he at first seems to be a cynic who derives great pleasure from tearing down fakes and charlatans, but he’s also disappointed that he never found anyone who could prove his lack of faith wrong.

After he agrees to meet with Fishoff so the healer can demonstrate his abilites it’s revealed that Scott is dying of cancer (which, being a Cronenberg joint, means they’re shown as gigantic tumours on his chest), and he’s so desperate he’s willing to let Fishoff take it from him and kill someone else with it.

Silverman may not be the greatest actor in the world, but with his slooooow speech patterns and strange body language means you can’t help being drawn to him. With the Scott character Cronenberg gets to analyze what fear can do to even the most hardened of skeptics, and how principles and beliefs can quickly fall out the window when people get desperate; Scott is even willing to kneel before Fishoff to receive this “miracle.”

The final ten minutes are the most exciting of the episode – we even get a brief car chase – when certain characters get their just desserts. Scott simultaneously gets what he wants and his greatest fear, when he uses the glove himself to remove the cancer, before trying to spread it to his old friend Jack. He ends up touching his own flesh, reducing him to one giant tumor.

His last words? “Pray for me…Jack.”

The episode is an interesting experiment by Cronenberg to bring his style to television, but ultimately he’s hampered by the limitations of a weekly horror show. The low-budget means some of the gore FX are dodgy, and effective scenes of tension are spoiled by an overbearing score; plus the last scene feels like something out of a bad eighties sitcom, though it does let Marshak go slightly meta by mocking about the show’s premise.

You can still feel Cronenberg’s stamp on it, though, be it the takedown of religion, the questioning of morality with the Scott character or just reveling in the grossness of the special effects.

TV was ultimately too constricting a medium for the auteur (who has since complained about the limits of working on television) but this relatively obscure piece of Cronenberg’s filmography is definitely would seek out for any fans who might have missed it.

Cronenberg finally got to meet Jason Voorhees properly over a decade later during a cameo in JASON X, where he plays a doctor who wants to experiment on a captured Jason. How does it work out for him? Well… 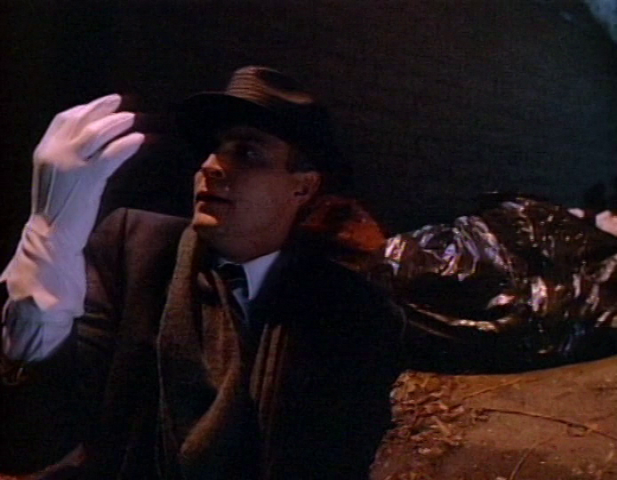 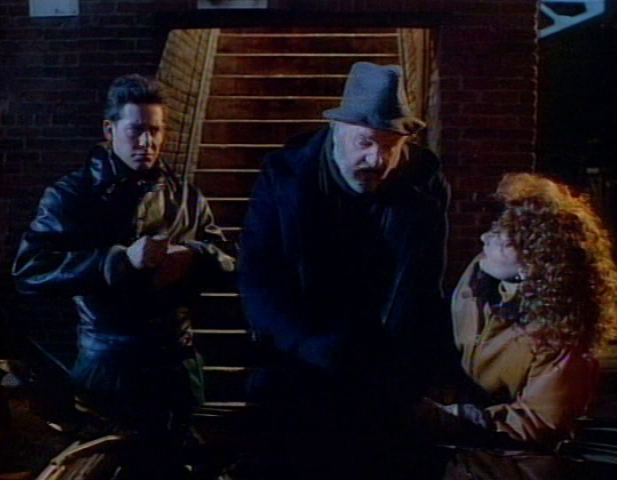 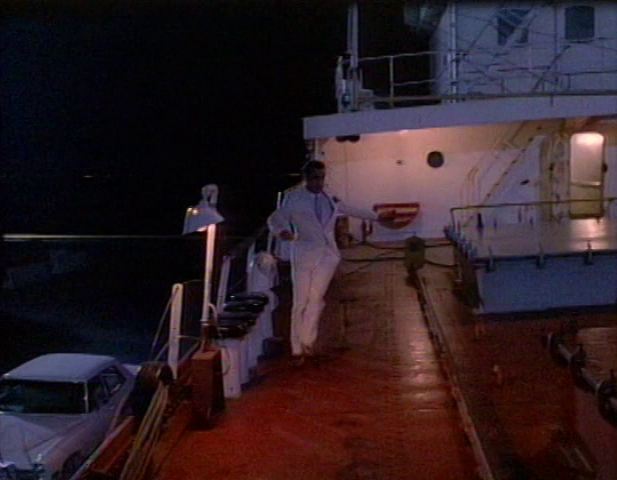 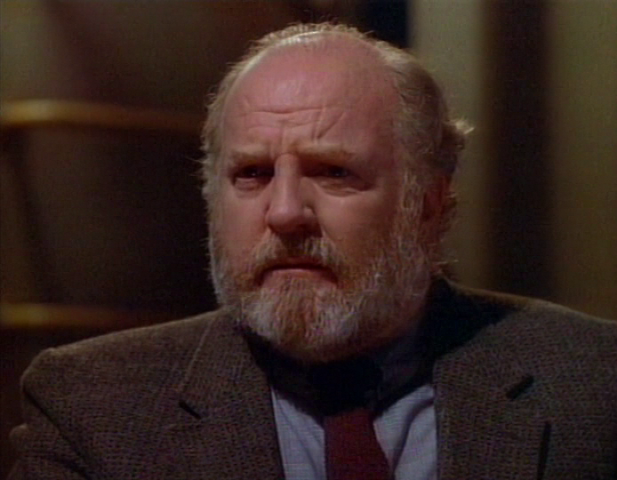