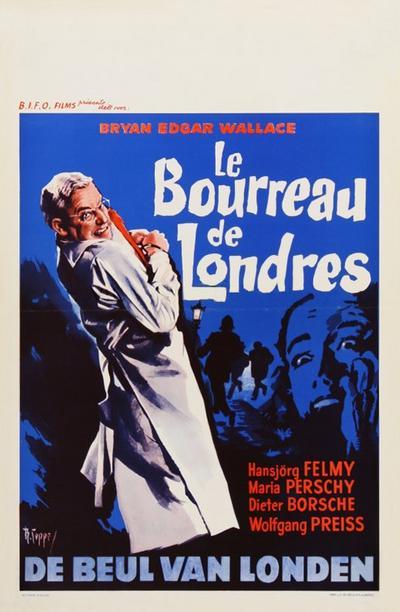 Synopsis:
‘A band of hooded men have formed a court and they are exacting justice upon the criminals who have escaped the reach of the law. The sentence they exact is death by hanging. Using the hangman’s rope from the Scotland Yard Museum they leave their victims hanging from various locations with a file detailing the case against them pinned to the body. Scotland Yard is stumped and have assigned their best man to break the case. Meanwhile another fiend is on the loose, one who is neatly severing the heads of young women. The bodies are found the heads are not.’
– dbborroughs