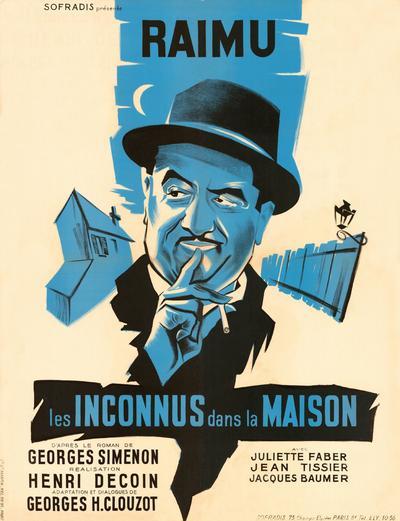 Synopsis:
Since his wife left him, almost twenty years ago, the once brilliant lawyer Loursat has slumped into a life of despondency and drunkenness. He lives in a vast empty house with his teenage daughter, Nicole, with whom he hardly communicates. One fateful day, something happens which pulls Loursat back from the abyss: he discovers a dead body in his house. When his daughter and her group of rebellious young friends are charged with the murder, Loursat decides to take charge of the case.
— scarabus 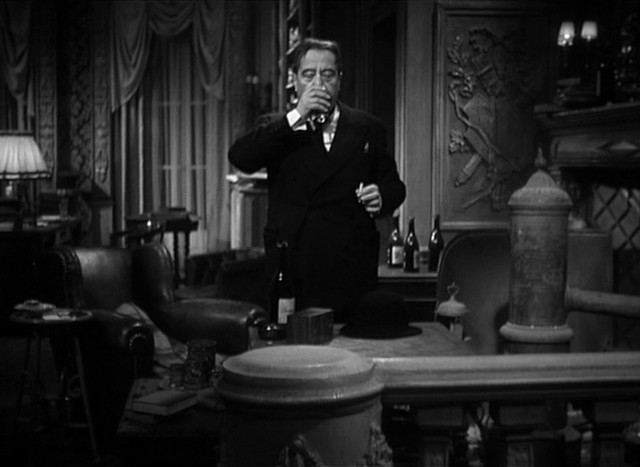 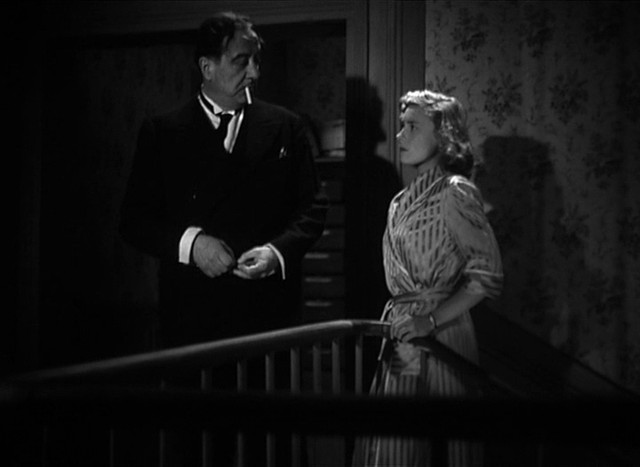 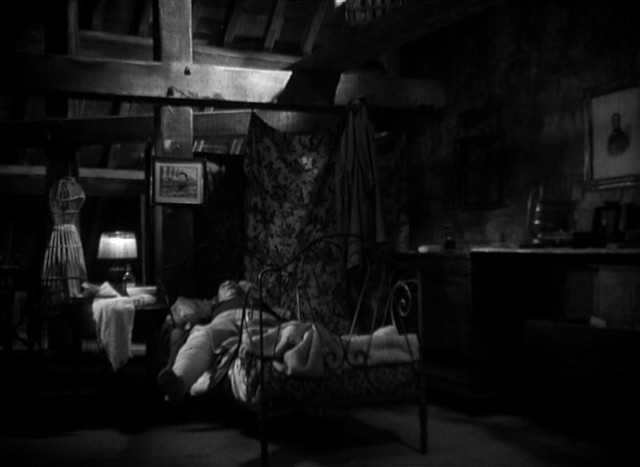 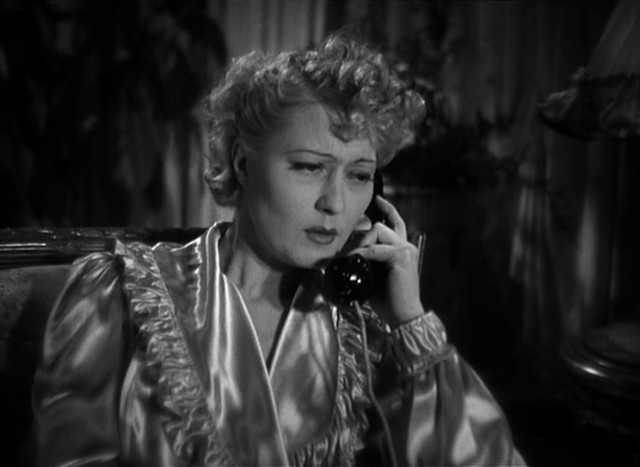 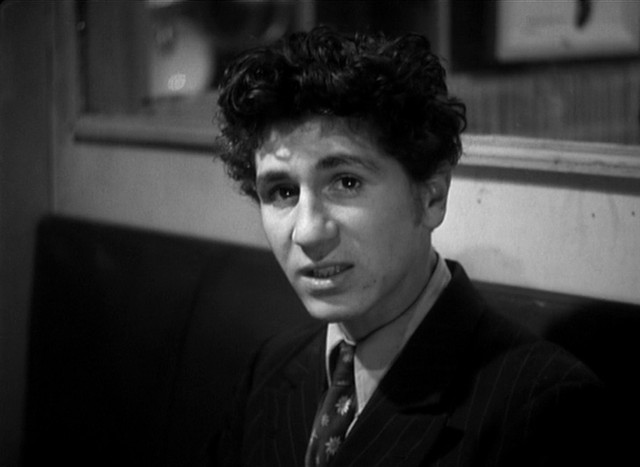 Review:
There’s this alcoholic lawyer, see? Hasn’t practiced in years, since his wife ran off, just drinks all day. Lives in a big house with his young daughter, whom he suspects isn’t really his. One night he hears a gunshot. And he finds a sailor, who has been living in his attic without his knowledge. And who has just died in it, with a bullet in his heart. And now his daughter’s sweetheart is the prime suspect.
This unlikely story has actually been filmed several times. It’s the plot of a novel by Georges Simenon, master of French crime fiction: since the story is really all about the generation gap and what Philip Larkin wrote about your mum and dad, one version of the story, Stranger in the House, sometimes known under the would-be trendy title Cop Out, was made in Britain in 1967 to take advantage of the youth theme: Geraldine Chaplin played daughter and James Mason played drunk role, rather diffidently, though he does enjoy one great line reading. But the classic version is Les inconnus dans la aison, directed by Henri Decoin, who was already building himself a reputation as a noir specialist. It stars the great French comedian Raimu in a dramatic role, and best of all the script is by Henri-Georges Clouzot. The movie begins with a dry, sonorous voice-over and a wonderful floating shot, moving over a sleepy French town on a rainy night—in fact, a detailed model. One of the nicest things in old movies is the use of elaborate artifice to present things a modern filmmaker would simply go out and shoot for real. The toy-town set emphasizes the feeling that this podunk burg is limited, confined, smaller than life: a place for young people to escape from.
Since there’s no escape when you’re a kid, some of the teenagers have formed a gang, committing petty crimes for kicks. Their biggest crime has gotten out of hand: on a joyride, they ran over a sailor, and now they’ve installed him in the attic room, trusting to the occupant’s alcoholic stupor to stop him noticing, but the invalid is blackmailing one of them, and now…

Decoin provides a bit of noir imagery, indulges his powerhouse leading man, and crafts one more elaborate, floating crane shot, this time with a full-sized courtroom to hover about in. Sadly, this bravura shot has been chopped into fragments—but perhaps for an interesting reason. Made during the Nazi Occupation, the film featured among its gang of teen tearaways a Jewish character (and his parents). It’s not quite fair to say that Clouzot’s script treated them unsympathetically, or at any rate any more unsympathetically than anyone else: there’s his usual blend of sly compassion and harsh judgement. But we can’t be sure what lines he may have crossed, since after the war the film was cut and re-dubbed so that the characters would no longer be explicitly Jewish. The question of Clouzot’s behavior during the war never quite goes away.
Clouzot fans will be gratified to find his usual concerns fully represented: sickness, crime, corrupt microcosms. But there’s a sweetness too: the film is really about a father discovering he loves his daughter and that he wants her to love him too. There’s also a whodunnit plot, and as is typical of Simenon’s work, the solution will be arrived at by psychology, not the tedious detection of fingerprints or study of railway timetables.
Simenon has provided Clouzot with the basis for a compelling structure: in the first third, Raimu’s character is practically comatose on his feet, the story developing around him, gradually catching his half-hearted interest. In act two, his curiosity piqued, and some vestige of paternal instinct aroused, he takes the case and makes inquiries. The trial commences, and on the first day, he does nothing. Witnesses are paraded, each hammering, however reluctantly, a fresh nail in the coffin that is Raimu’s case. His would-be son-in-law looks guilty, and his daughter despises him more than ever.

On day two, of course, our man will spring in to action, calling all the witnesses back and dismantling the prosecution’s case with furious yet forensic skill. What’s less expected is the way he demolishes the whole town and all its institutions, a very Clouzot development: motivated by the noblest impulses, fatherly love and a thirst for justice, our hero is permitted his iconoclasm, and society must stand there and take it. There’s a slight weakness to the plot in the way the true culprit is uncovered: Simenon’s preference for character over plot leaves us slightly puzzled as to how Raimu really cracked the case, but crack it he does and, having confused the guilty party, establishes his guilt.
Tearful embrace with daughter, closing line: “Well, that’s made me quite thirsty!” FIN. The abruptness is very funny, and you can see Clouzot’s logic: we’ve solved the case, love conquers all, why give up booze on top of all that? Altogether too much of a good thing.