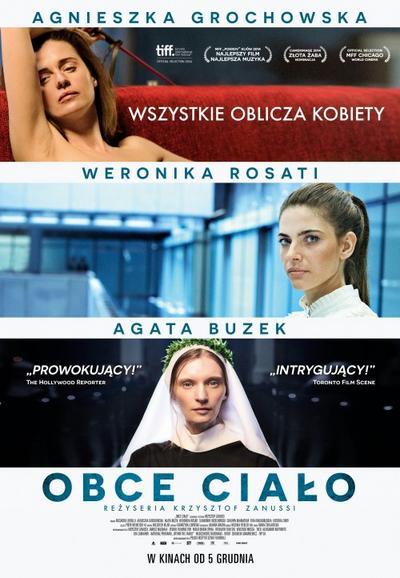 Synopsis:
Angelo and Kasia met in Italy in a Focolari prayer group and were brought together by love and faith in God. Their relationship is interrupted by the young woman’s return to Poland and her decision to become a nun. Angelo comes to Warsaw to persuade Kasia to change her mind. Waiting for her decision, he gets a job at a multinational corporation. The company is run by a ruthless and cynical woman, Kris. In the corporate reality the deeply religious Angelo falls victim to mockery and mobbing. Using her power, Kris toys with him and wants to force him to violate his moral principles, while being fascinated by his faith at the same time.

Review:
Legendary Polish director Krzysztof Zanussi is back with his first narrative feature in five years, and it’s a doozy. The story of a man caught between two women—his virtuous love, who has decided to become a nun; and his nihilistic boss, who has decided to corrupt him. The performances are uniformly excellent, cinematography alternates between rich darkness and bright light, as befitting the duality of the subject matter, and the score is absolutely haunting. At times the film even recalls the best work of Zanussi’s other longtime and dearly departed friend, fellow Polish master Krzysztof Kieslowski.