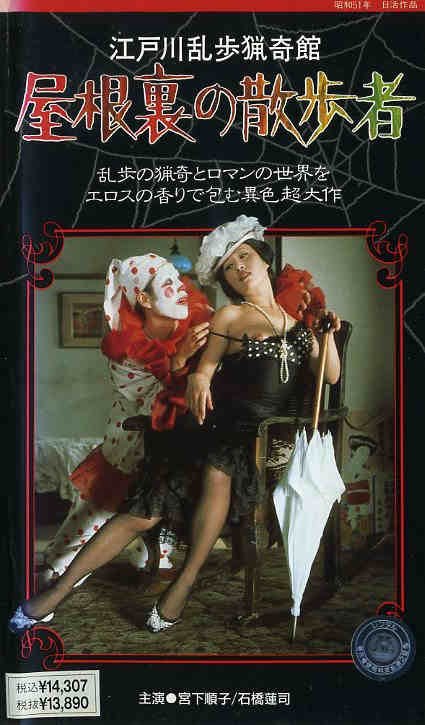 In 1923 Tokyo Lady Minako is the owner of a shabby boarding house with a collection of bizarre characters for tenants. Gōda, one of her tenants, spends most of his time in the attic spying on the other tenants through holes he has drilled into the ceiling. During one of his peeping sessions, Gōda witnesses the murder of one of the tenants at the hand of Lady Minako. Gōda becomes obsessed with Lady Minako, and determines to commit a grotesque murder in order to prove to her that he is her soul mate. He kills another tenant – a priest – by dripping poison into his mouth through the ceiling. A series of grotesque murders follow. The film ends apocalyptically with the Great Kantō earthquake which kills both of them during their intercourse.