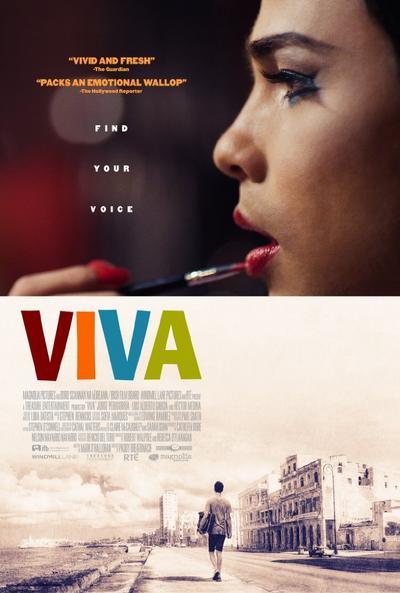 Quote:
Jesus an eighteen year old Cuban is lost and struggling to realize his true identity. Unsure of himself or his future direction, he works at a local Havana drag club where he entertains dreams of becoming a performer whilst earning his money through hustling. At home he finds solace listening to the records his mother and grandmother left him, (all torch songs and romance by the great names of Latin music), or else hanging around watching the boxers train next-door. Into his life, however, comes a force to challenge his direction and freedom, his long lost father, a celebrated boxer, released from a 15 year prison term having killed someone in a street brawl when Jesus was a child.

As father and son clash over their opposing expectations of each other, Viva becomes a love story as the men struggle to understand one another and become a family again.