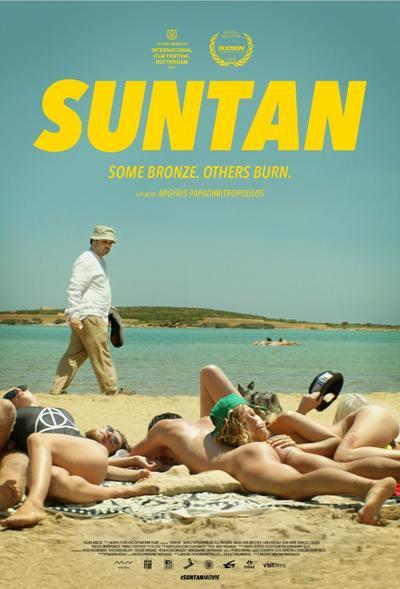 Synopsis
On a hedonistic Greek island, a middle-aged doctor becomes obsessed with a young tourist when she lets him tag along with her group of hard partying friends.
IMDb

Reviews
A deftly handled cautionary tale, there is a compulsive, creeping horror to this portrait of a man losing all self-respect. That said, it is frequently a tough watch…
Wendy Ide, ScreenDaily

…Papadimitropoulos scores a bull’s-eye, in all senses, making “Suntan” a festival must-have, with certain Eurozone play if not beyond… [Those merchants of Variety!] Jay Weissberg, Variety

…Film reviews will often muse that movies shot in particularly picturesque regions might as well be paid for by the local tourist board — but so hideous an image of Greek holidaymaking is presented in Suntan that more likely sources of funding are the relevant authorities of Croatia, Turkey and Spain…
Neil Young, The Hollywood Reporter