Quote:
Although The Word deals with a miracle, it is through and through a realistic film—about those who are weak in faith. The hoped-for miracle does not occur until one who has faith, the True Faith, arrives. The action takes place among country folk living in a small, outlying parish on Jutland’s west coast. It pictures the struggle between two different sides of Christian faith—a bright, happy Christianity and its contrast, a dark fanaticism, hostile to life. 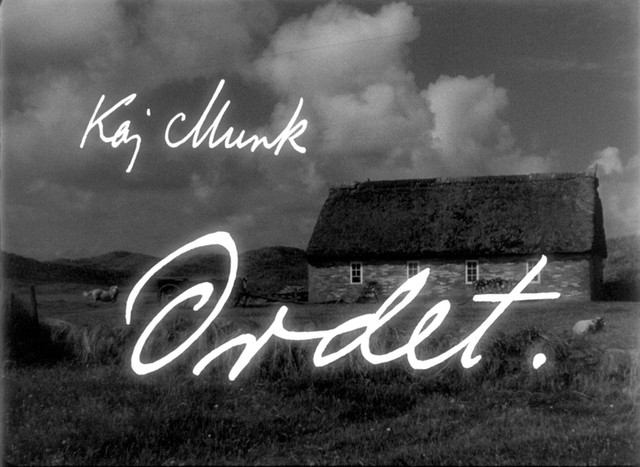 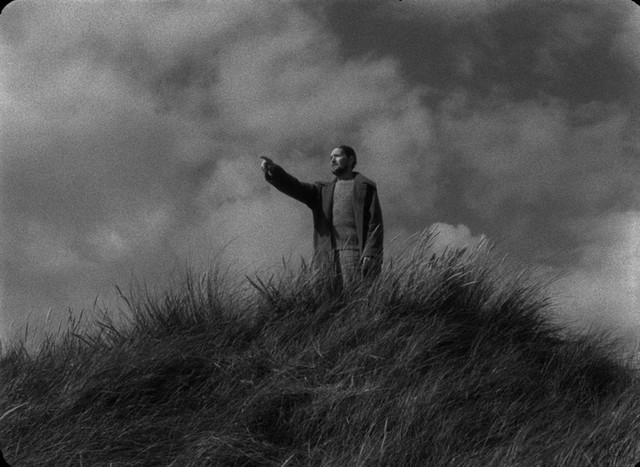 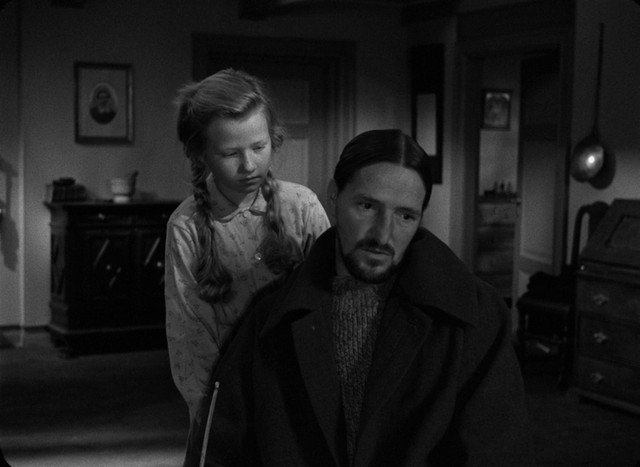 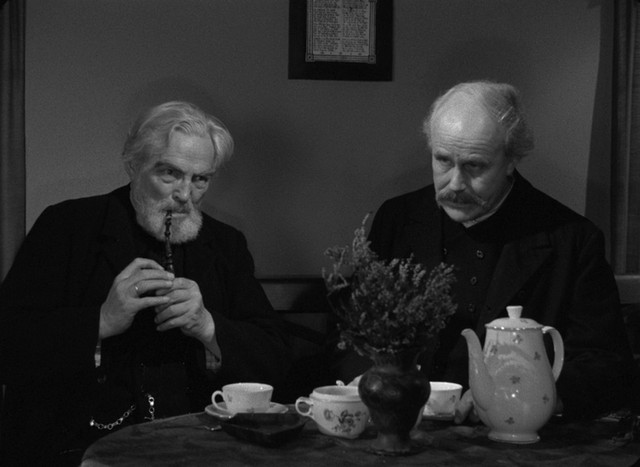 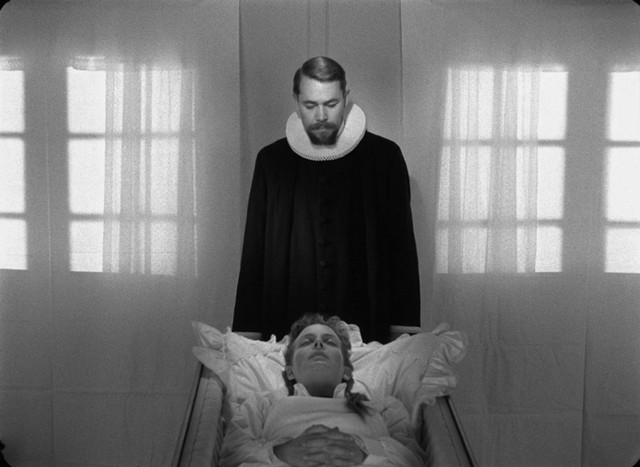 It is important in the film based on the play The Word that the minds of the audience right from the beginning are made receptive to the great miracle: the awakening of Inger out of the sleep. The abrupt switch-over from the natural to
the supernatural must be prepared in a much more careful way in the fi lm than in the play. This can only be done by letting the audience get acquainted with the family in Borgensgaard— before the actual p lot starts, that is to say, the plot of the play—so that the audience knows the attitude of each member of the family toward the others and how each person looks at the central problem in the play: Christianity and Faith. The fi lm must also right from the beginning give the audience an idea of the psychic burden under which the family in Borgensgaard lives because one of the sons at the farm, Johannes, is mentally sick.
To fulfill this purpose I found it necessary to construct an opening which by and large is my own work, but I hope people will find that it harmonizes with the atmosphere in Kaj Munk’s play. Apart from this beginning I have closely followed Kaj Munk, but I have tried to simplify the dialogue, as it should be remembered that the film according to its form—contrary to the stage—demands that speech from the screen to the audience must be simple and easily understood so that it can be grasped at once and without speculation. I have also worked on the assumption that Kaj Munk himself would have preferred a harmonious filmic work instead of filmatized theater.
As regards the mentally sick Johannes, the play shows a complex of diseases, that is to say, a group of symptoms characteristic for various forms of mental disease which is quite common too. Diagnoses of mental sickness hardly ever show pure types of diseases. Johannes suffers clearly enough from delusions of greatness, as he believes that he is Jesus Christ. He has hallucinations and hears voices. When associating with other people, he is at the same time open and reserved. His behavior is more often characterized by dignity and sublimity. His speech is well considered, with a slight indication of preaching, bristling with quotations from the Scriptures and religious phrases, and his answers are both logical and coherent, at least superficially seen. As said before, he hallucinates,
but in a very quiet way, and it has therefore been possible to keep him on the farm.
The clothes Johannes is wearing are loose-hanging, worn, and faded.
A psychiatrist would probably characterize his disease by the terms megalomania, depression, and melancholy and believe that the disease was provoked by excessive religiosity in connection with overwork owing to the theological studies, which, combined, caused a religious crisis. It is possible
that Johannes fled into the disease partly as a protest against the studies, which were half-enforced on him, and partly for fear that he could not fulfill his father’s expectations.
As an explanation of Johannes’s sickness, it is not necessary to tell the story about his love affair and his fiancée’s violent death. If this story too had to be included, it would have to be told in pictures, which would mean an unnecessarily
heavy burden, and it would ruin the unity of space and (approximate) time which gives the plot a harmony and strength which must be preserved at any cost in the film.

The purpose of the film is to make the audience tacitly accept the idea of the author — such as it is experienced in the latter part of the film — namely, that the one who is strong enough in his faith also possesses the power to make miracles.
The audience must slowly be prepared for this purpose; they must get into a religious mood, be entangled into an atmosphere of religious mysticism. In order to make them receptive to the miracle, they must be brought into a special mood of sorrow and sadness which people have when attending a funeral.
When brought into this state of fear and contemplation, the audience will more easily get into a stage of being suggested to believe in the miracle, for the one reason that they — when being compelled to think of Death — are also coming to think of their own death and therefore (unknowingly) hope for the miracle and thus cut off their normal, skeptical attitude.
The audience must forget that they see a film and be put into a state of being suggested, or, if you prefer, so being hypnotized, to believe that they see a divine act, so that they walk away, silent and moved.