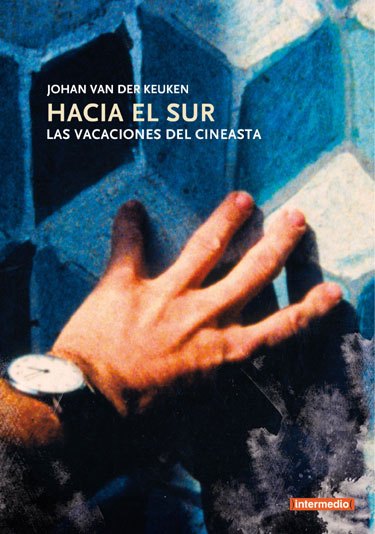 The coronation of Queen Beatrix on the eve of May Day in 1980 provides a salient point of departure for Johan van der Keuken’s The Way South, a cultural interrogation into the intertwined sociopolitical landscape of immigration, dislocation, underprivilege, and class division. Continuing on the prevailing theme of economic disparity between the continental north and south (in such essay films as Diary, The White Castle, and the The New Ice Age), van der Keuken encounters his first destination within a short distance from his home in Amsterdam, where a unused office building on Kinker Street has been converted to a communal squat by activists (who see their action as a pragmatic solution to the affordable housing shortage by making use of existing real estate that would otherwise remain unoccupied). Facing an imminent siege by riot police to force their eviction, the squatters discuss the logistics of their staged resistance, from rounding up volunteers for round the clock sentry duty to guard the main entrance, to installing reinforcing screens in order to thwart a surprise intrusion from unsecured windows. Intercutting a shot of the activists protesting in the street with footage of a public rally celebrating the country’s liberation in 1945, van der Keuken presents the activists’ defiant expression of freedom within the irony of self-imprisonment that reveals their idealistic act of resistance. 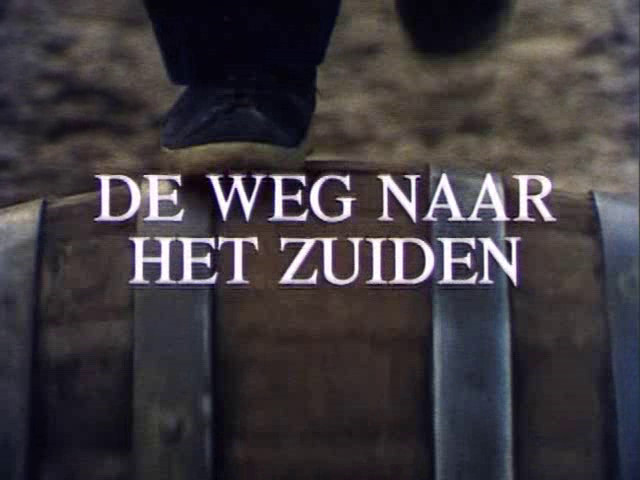 Van der Keuken captures a similar image of imposed occupation at a nearby church, where a group of Moroccan migrant workers have assembled to seek refuge while awaiting their deportation, having lost their jobs as a result of stricter guidelines governing immigrant labor (one that also levies the restrictive requirement of having continuous employment under a single employer as a means of providing a loophole to deny access to social services). Spending a final night at the church before their expulsion, the immigrants sleep in communal beds under panels depicting the Stations of the Cross, implicitly linking the sorrow, isolation, and sacrifice that also mark their uncertain plight.

The problem of assimilation is also implied in the profile of Goutte d’or in Paris, the oldest immigrant community in Europe, where the idea of impermanence and transition embodied in the names of boarding houses such as Hotel du Progrés collides with the reality of a fourth and fifth generation ethnic African population continuing to reside within the same community (a social immobility that is also reinforced in the portrait of a construction worker and his wife who, despite having lived in France for over 45 years, are still considered immigrants). Focusing on the everyday routine of Ali, a disabled former car factory worker who has been taking clerical correspondence courses in order to find a new way to make a living after his accident, van der Keuken reveals the intrinsic racism that continues to exist behind the ideal of social inclusion, where a constant police presence can be seen from his apartment window, and he is compelled to carry his disability and residency papers at all times in case of “random” identity checks. The myth of post-colonial integration revealed by the experiences of Goutte d’or’s residents also resurfaces in Rome, where an octogenarian widow, Nonna Rosa – the daughter of an Italian father and Eritrean mother – talks about her transient life between Eritrea, her homeland, and Italy, her country of citizenship. Displaced by fascism, racism, British territorial expulsion, apartheid, decolonization, and finally, Ethiopia’s annexation of Eritrea in 1962, Nonna Rosa’s life has been marked by perpetual exile, struggling to bridge the two cultures of her identity only to belong to neither. 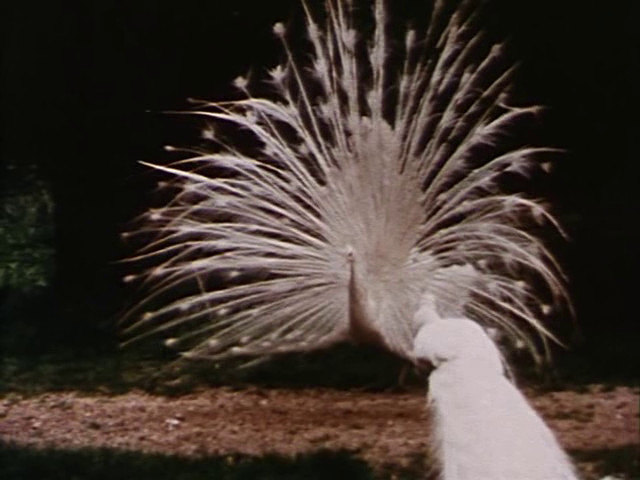 In the village of Calabria in Locri, a Catholic priest, Father Natale, exposes a different kind of institutionalized oppression, defying the thinly veiled threats of a mafia don who lords over the small town with the silent complicity of the local church. Establishing a clothing factory cooperative to provide jobs for the poor (and stave off the lure of organized crime), Father Natale sees a correlation between the church’s increasing inability to attract young men into the priesthood and its perceived culture of corruption. Concluding the chapter with a montage of gravestones from villagers who were killed by the mafia, van der Keuken wryly reinforces the macabre connection between the church and organized crime through the mutual commerce of death, and the tragic dignity of ennobled resistance.

The moral cost of the illusive pursuit of wealth is similarly reflected during the observance of the Feast of Sacrifice in Cairo, where a family’s financial ability to provide sacrificial food itself becomes a status symbol. Offering alms to the poor – who are often found living inside family vaults (connected the parallel image of the Kinker Street squatters) – in exchange for prayers for the souls of lost loved ones, van der Keuken illustrates the conflation of economy and spirituality in the meaning of sacrifice. Framed against the television broadcast of an imam preaching against the perils of following “desires” that is ironically being shown simultaneously over multiple televisions at a shop window display, the imam’s call for solidarity paradoxically reflects the self-inflicted fragmentation of society as well (a man-made division that is also symbolized by a prefiguring shot of pedestrians cutting through un-reinforced sidewalk barricades in lieu of crossing at street corners). Concluding with an incisive, tongue-in-cheek montage of a manually operated waterwheel (that evokes a recurring image of Sisyphean ritual), peanut farmers (harvesting to the radio broadcast news of the U.S. presidential race between Jimmy Carter and Ronald Reagan), brick loaders (a metaphor for Cairo’s economic transformation literally being carried on the backs of workers), and repeated shots of graffiti that alternately read “No Future” and “Carry On”, van der Keuken’s expressed desire to touch reality also suggests a quixotic quest to transcend the bounds between the figurative north and south. (filmref) 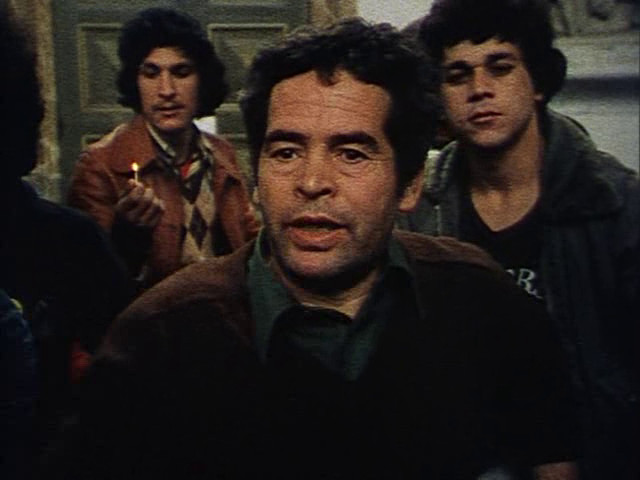 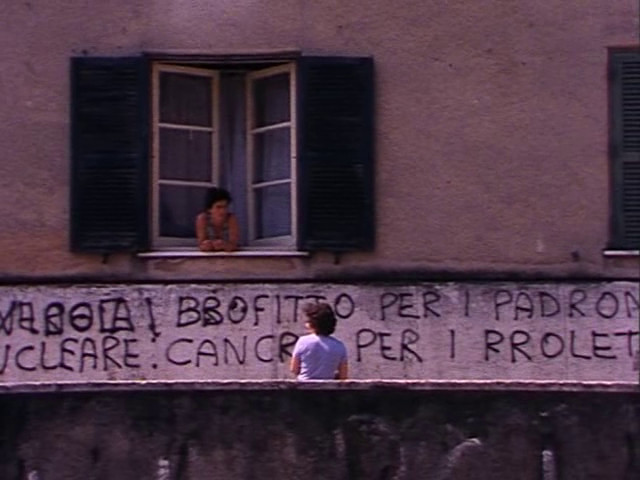 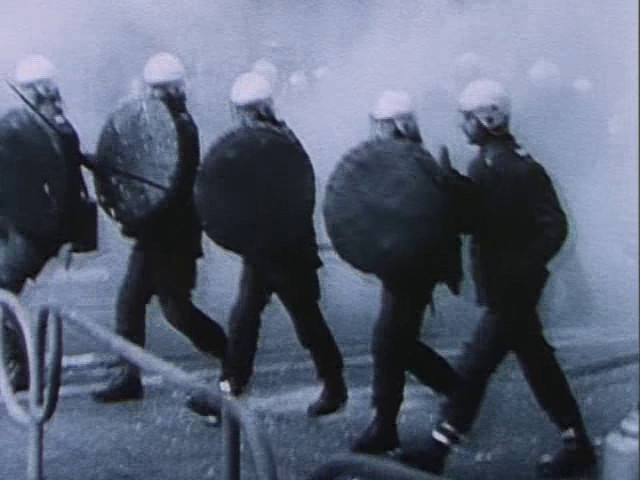 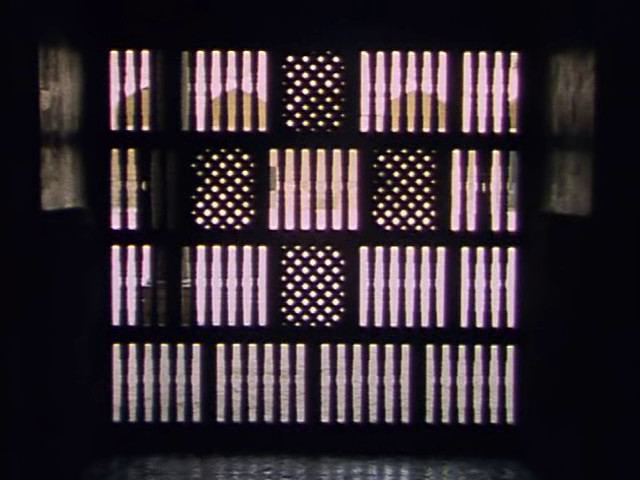 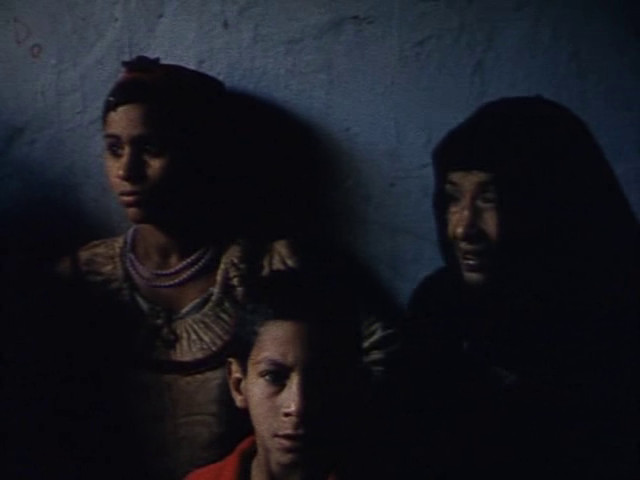 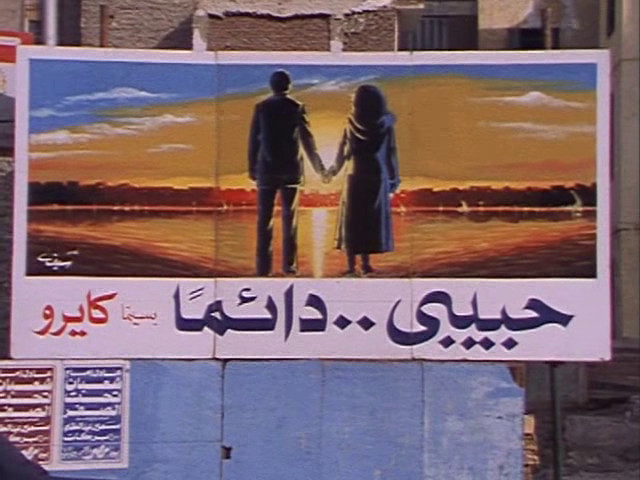 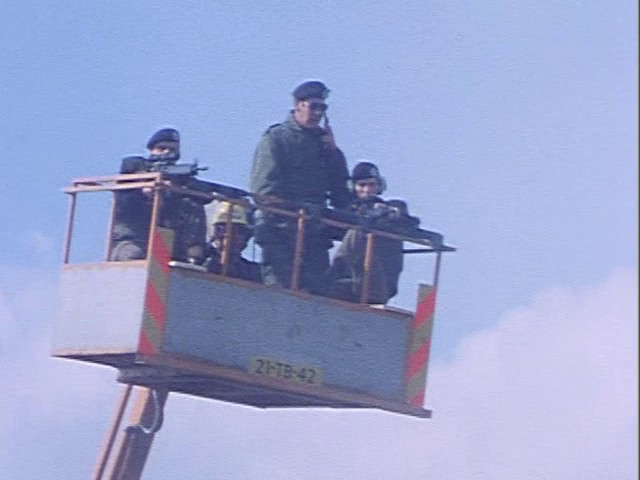 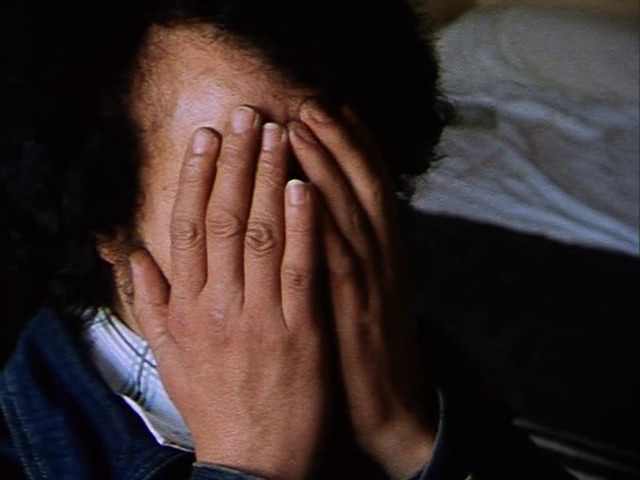 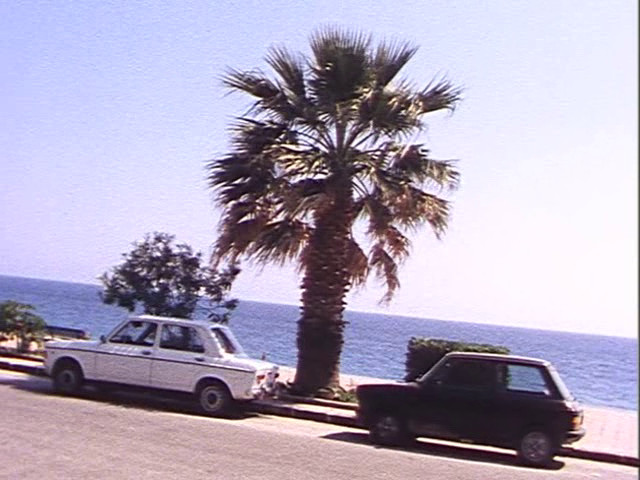