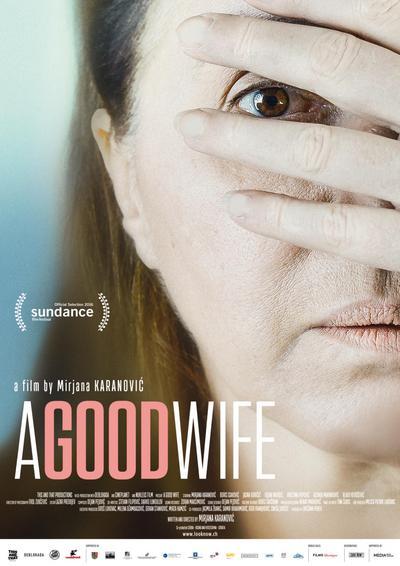 Quote:
Milena is a middle-aged wife and mother ensconced comfortably behind a gate in an upscale suburb of Belgrade. She quietly tends to her looks, dutifully cooks and entertains, and meets her friends for choir practice. She makes love with her husband and they socialize jauntily with a group of old friends. But unsettling realities are beginning to seep into Milena’s consciousness and disrupt her ordered world. One day while cleaning, she happens upon a videotape that incriminates her husband in horrific war crimes. A Good Wife is the story of how this secret reverberates in Milena’s life and eventually changes her.

MIRJANA KARANOVIĆ is a Serbian actress known for many important roles in Balkan films. She has gained international recognition for her role in Jasmila Zbanic’s Gbravica: The Land of My Dreams, for which she received a number of awards and a nomination for the 2006 European Film Award. As a human rights activist, Karanović won the Winning of Freedom Award for women promoting human rights, rule of law, democracy, and tolerance. A Good Wife is her directorial debut. It premiered at the Sundance Film Festival 2016.