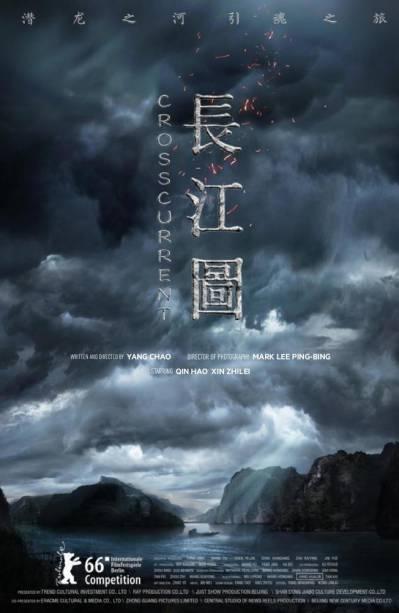 Quote:
In a daze following his father’s sudden death, cargo ship captain Gao Chun falls under the spell of a mysterious book of poetry found hidden in his ship’s engine room, sending the beleaguered captain on an unexpected journey both up the Yangtze River, the very cradle of Chinese civilization, and into the center of his own troubled soul. Guided by the beautiful, enigmatic An Lu, and carrying a mysterious shipment for a ruthless crime lord, Chun’s pilgrimage to the powerful river’s source becomes a sublime, poetic quest to understand man’s relationship to nature, the impulses of love and desire, greed and corruption, and the very nature of faith itself. Filmed in gorgeous 35mm by Mark Lee Ping-Bing (IN THE MOOD FOR LOVE), director Yang Chao’s film melds elements of the classic road movie with a singular aesthetic rooted in ancient Buddhist practice. Featuring an unforgettable sequence in the Three Gorges Dam, CROSSCURRENT is a transcendent voyage into the possibilities of the metaphysical and the realities of flesh and blood.