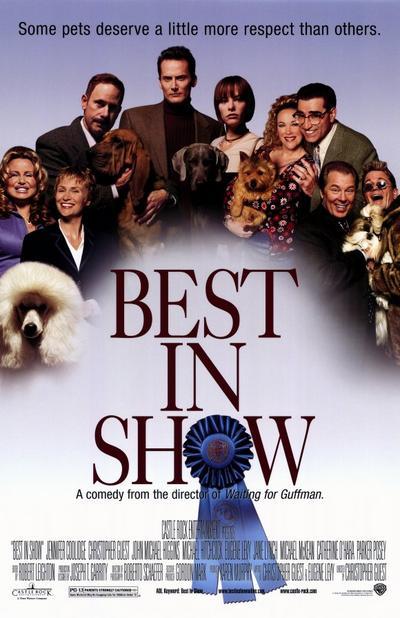 After parodying the idiosyncrasies of community theater devotees in the mock documentary Waiting for Guffman, actor/director Christopher Guest returns with another semi-improvised comedy that casts a satirical gaze on the world of championship dog breeding and training. A television crew is on hand to document the prestigious Mayflower Kennel Club Dog Show, and competition is fierce among the canine devotees vying for top honors. Salesman Gerry Fleck (Eugene Levy), who is cursed with two left feet (literally), and his wife Cookie (Catherine O’Hara) have entered their Norwich terrier “Winky” in competition. Wealthy and neurotic Meg Swan (Parker Posey) and her husband Hamilton (Michael Hitchcock) are on hand with their Weimaraner “Beatrice,” who they fear may have been traumatized by watching them have sex. Scott Donlan (John Michael Higgins) and his life partner Stefan Vanderhoof (Michael McKean) have brought their beloved Shih Tzu, “Miss Agnes.” Trophy wife Sheri Ann Cabot (Jennifer Coolidge) and her close friend and trainer Christy Cummings (Jane Lynch) are hoping for a repeat victory for Sheri’s poodle, “Rhapsody In White.” And Harlan Pepper (Guest), who operates a store specializing in fly-fishing gear, has decided to stack his bloodhound “Hubert” up against the competition. In addition to Guest, Levy, O’Hara, and Posey, several other veterans of the Waiting for Guffman cast also appear in Best in Show, including Fred Willard, Bob Balaban, and Lewis Arquette. — Mark Deming – Allmovie.com 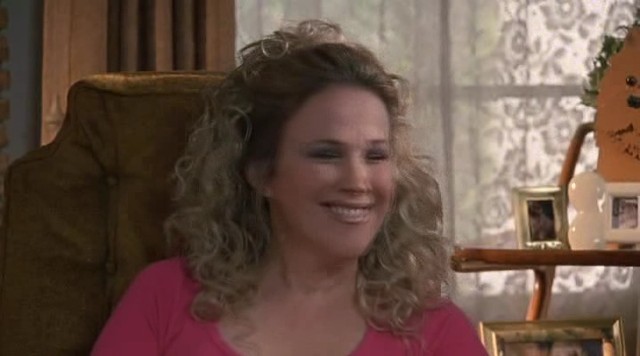 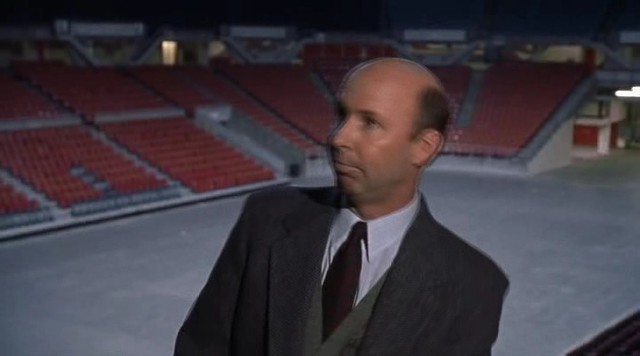 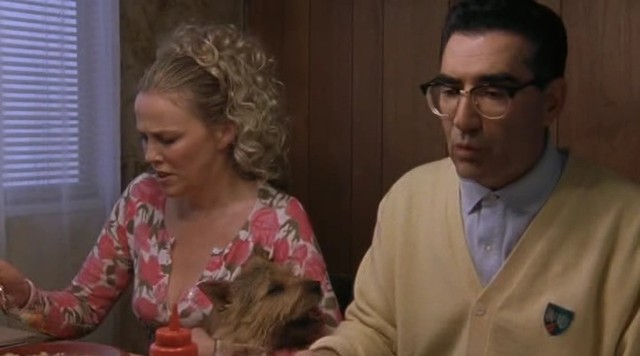 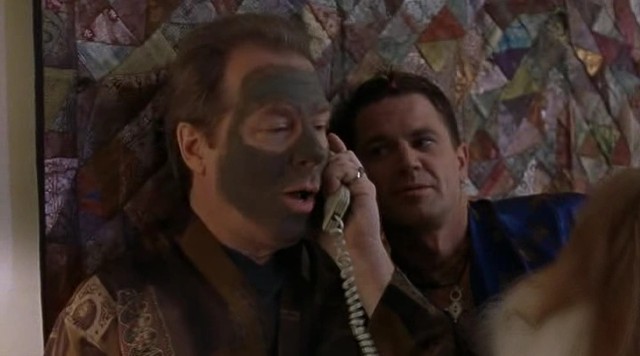 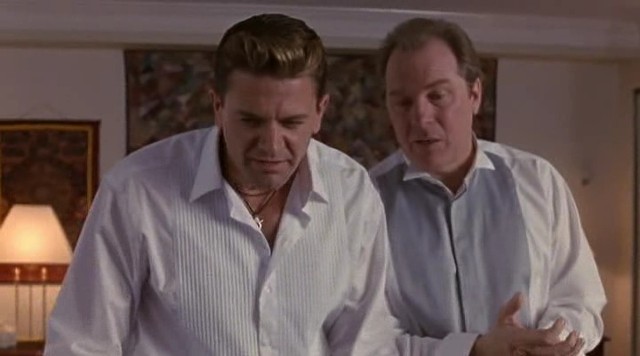 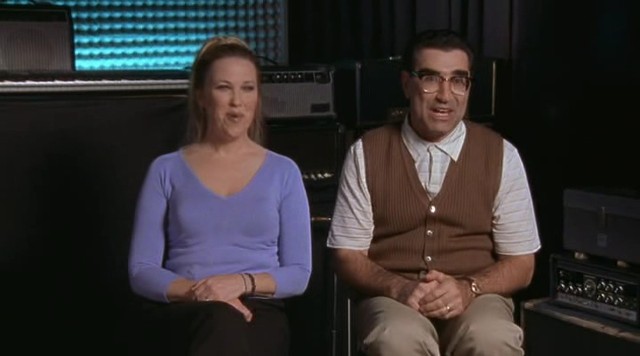 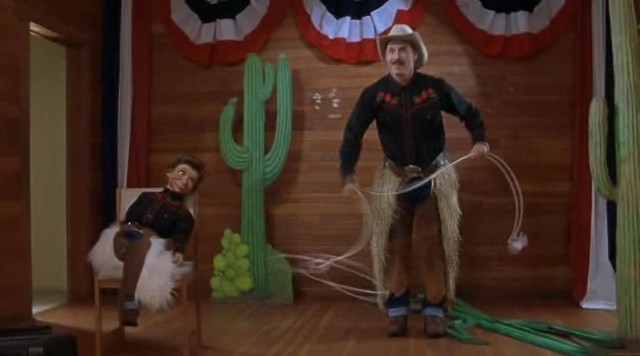