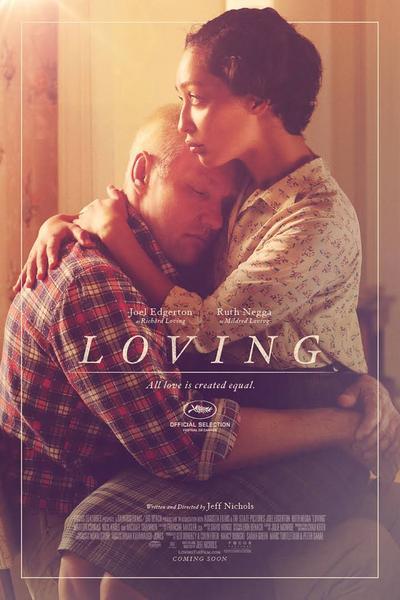 The film was directed by Jeff Nichols, who also wrote the screenplay. Joel Edgerton stars as Richard Loving, with Ruth Negga co-starring as Mildred Loving. Marton Csokas, Nick Kroll, and Michael Shannon are all featured in supporting roles. Principal photography began in Richmond, Virginia on September 16, 2015 and ended on November 19. The locations used for Loving were mainly based in Richmond, also in King and Queen County, Caroline County, Central Point, and Bowling Green.

Loving began a limited release in the United States on November 4, 2016, before a wide release on November 11, 2016. The film received critical acclaim, and was named one of the best films of 2016 by several media outlets. The film was selected to compete for the Palme d’Or at the 2016 Cannes Film Festival,and has been nominated for numerous awards, including a Golden Globe nomination for Best Actor for Edgerton and Academy Award and Golden Globe nominations for Negga.