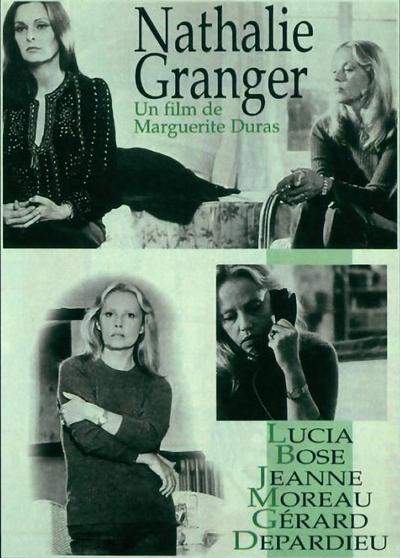 The most insidious thing about the nouveau movie, which is a polite way of describing Marguerite Duras’s newest, most minimal film, “Nathalie Granger,” is that it traps you in its own time, unlike the nouveau roman, which can be skipped through or read at leisure in an afternoon or a year. You can’t skip through “Nathalie Granger.” To see it you are forced to watch it for as long as it lasts, while, in turn, it watches its characters, rather as if the camera were a Siamese cat whose feelings had been hurt. Without betraying the slightest interest, the camera records the physical appearance of two expressionless women who look a lot like Jeanne Moreau and Lucia Bose. They share a house with their two children, one of whom, Nathalie, is apparently a problem. “She wants to kill everyone,” says one of the women, who seem to be interchangeable. “She wants to be an orphan, or a Portuguese maid.” Nathalie, however, remains docile—this being a minimal movie.

The camera paces through the house, looking into mirrors, down hallways, through windows. There is a report on the radio about a murder and a police manhunt. The telephone rings. Wrong number. “There is no telephone here, madame,” Miss Moreau says into the receiver.” Funny? Not really. It’s too pretty and solemn. A salesman calls. He tries desperately to sell a Vedetta Tambour OO8 washing machine that comes in three colors. For a brief moment, the ghost of Pinter’s wit walks over the grave of the film. Miss Bose goes into the garden, again. Miss Moreau falls asleep. A cat saunters through. The camera just stares. When a person or a cat leaves a room, Miss Duras seems to say, that room is empty. Such are the discoveries of “Nathalie Granger,” a dead-end movie that, I confidently hope, few of us are ready for. “Nathalie Granger” was shown last night at the New York Film Festival and is a dismal follow-up to “La Musica” and “Destroy, She Said,” the two earlier directorial efforts by the novelist turned filmmaker. (Vincent Canby) 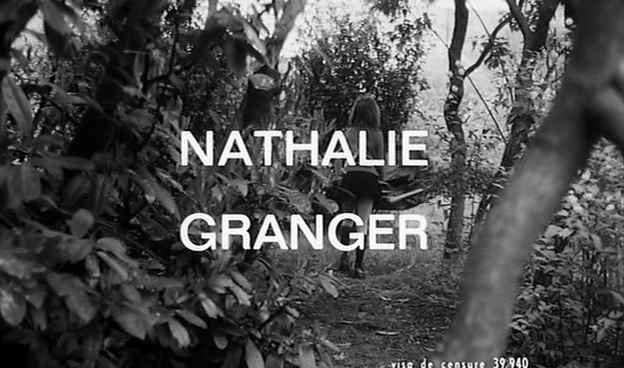 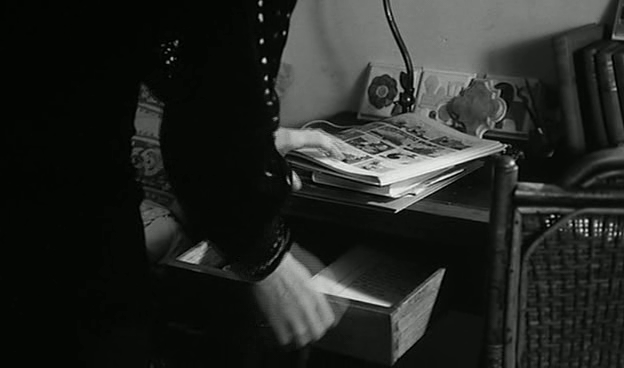 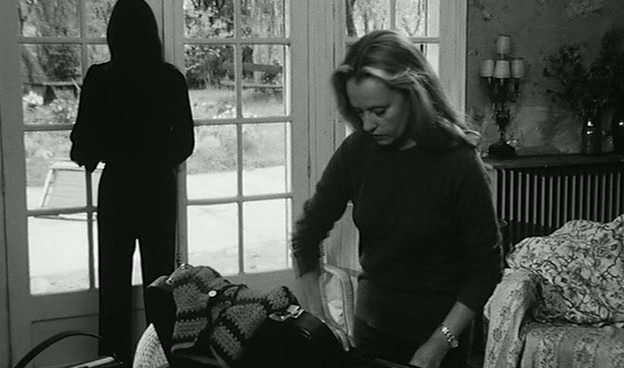 It would seem logical to characterize Marguerite Duras’ organic, elliptical anti-melodrama Nathalie Granger as a precursor of sorts to the implosive isolation and domestic violence of Chantal Akerman’s Jeanne Dielman, 23 Quai du Commerce, 1080 Bruxelles. Both films depict a silent ritualism to the performance of domestic chores through stationary shots and disembodied framing, and intimated acts of violence that surface within the perturbation of these rituals (in Duras’ film, the stoking of a bonfire in the backyard and the tearing of contractual papers that are then thrown into the burning fireplace correlate to Jeanne Dielman’s disorientation after accidentally burning potatoes on the stovetop).

An early sequence of a radio news broadcast playing in the background that chronicles the manhunt for a pair of escaped convicts similarly establishes a sense of disquiet and foreboding in the quotidian ritual, as the two women, Isabelle Granger (Lucia Bosé) and an unnamed (and perhaps representationally identified) “other woman” (Jeanne Moreau) clear the breakfast table, wash dishes, and replace the dinnerware into the cupboards in silence.

However, a subsequent telephone call to local authorities – an inquiry into the immigration status of their unexpectedly deported housekeeper – suggests that, unlike Jeanne Dielman who performs her tasks with a seemingly catatonic disarticulation from reality, their actions are borne of ennui, a self-created distraction to fill the empty hours of their domestic prison (note the repeated image of the window bars that overlook the street, a theme that is also aurally represented by the recurring sound of the radio broadcast on the escaped prisoners as well as the variations of a set of rudimentary notes played on a piano). Meanwhile, another domestic crisis plays out in the background as Isabelle petitions to get her young daughter Nathalie (Valerie Mascolo), already on the verge of expulsion for a pattern of misbehavior in school, admitted into another school in the resolute (if not over-magnified) belief that her daughter’s entire life prospect would somehow be irrevocably “finished” if she cannot gain admission and continue with her piano lessons. A final dynamic is added in the comical appearance of an ineffective door-to-door washing machine salesman (Gérard Depardieu) who misconstrues the women’s bored indifference as an open invitation to continue to insinuate himself into their company.

In creating a tone of languid texturality, Nathalie Granger can also be seen a prefiguration to the cinema of Claire Denis, a visual convergence that is particularly evident in the tracking shot of Isabelle’s reflection in a pond that is reversed (and figuratively wipe away) in the subsequent match cut to Nathalie’s playmate, Laurence (Nathalie Bourgeois) trawling plankton as the rowboat slowly drifts away from the camera. This countervalent intertextuality of entropy and inertia, melody and dissonance, physical presence and mirror image (a metaphoric device that is also incorporated in Duras’ subsequent film, India Song) inevitably define the idiosyncratic affectation of the women in the Granger household – the internalized psychological warfare and violent revolution between identity and erasure. (filmref) 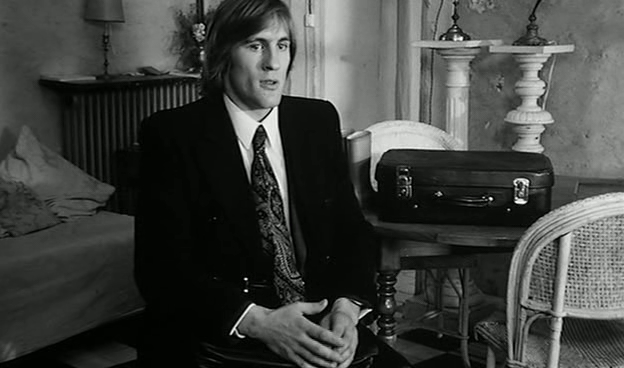 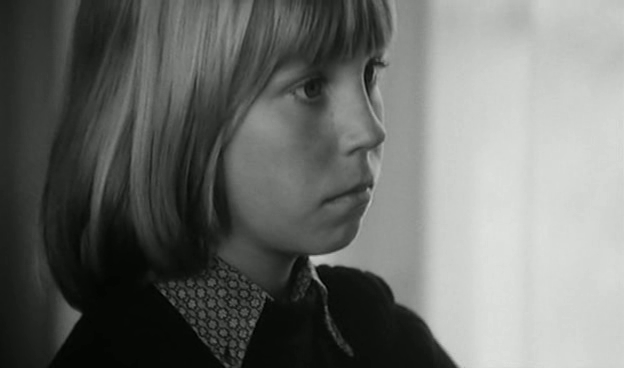 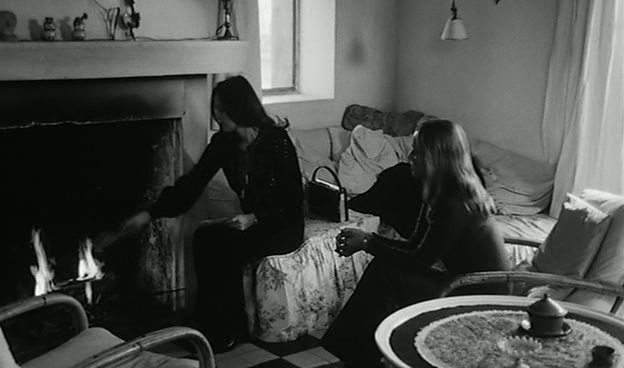 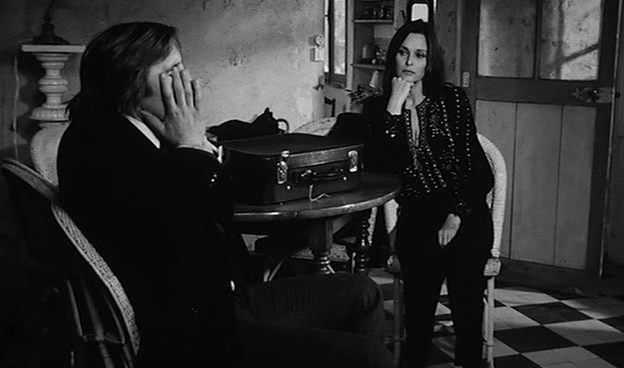