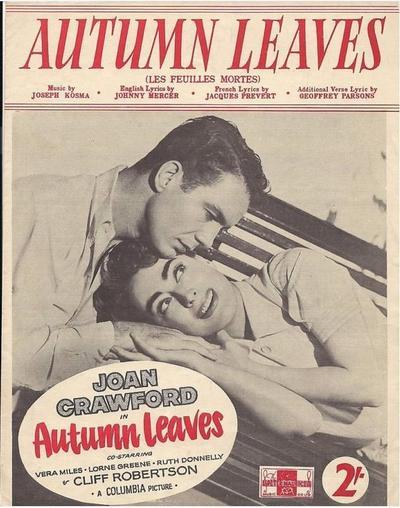 Quote:
In the ’50s, Robert Aldrich was a favorite of the French Cahiers du Cinema critics. In the ’60s, though, Aldrich got sloppier as his budgets got bigger. Most of his later movies are at least a half hour too long, and formulaic action films like The Dirty Dozen and Too Late the Hero tarnished his once bright reputation. But movies like World for Ransom, Kiss Me Deadly, and Attack! still hold up as harsh portraits of violence, paranoia, and a new kind of universal dread that began with the A-bomb and ended with the JFK assassination. All of Aldrich’s early work is intriguing, but Autumn Leaves is his secret gem. It’s been passed over as camp because of its star, Joan Crawford, but Aldrich brings all his hard edges to this woman’s picture. The collision of his tough style with the soapy material makes for a film that never loses its queasy tension.

It begins with a decrescendo of violins. Nat King Cole sings the title song under the credits, which play over dark, blotchy leaves that look like clusters of Rorschach tests. The camera slowly zooms into a seedy group of bungalows, and the tentative pacing of the zoom strikes a note of pure desolation. After two exhausted dissolves, we see Millicent Wetherby (Crawford) at work, a middle-aged typist pounding on her typewriter with grim determination. We learn a lot about Millie in just a few moments of screen time. Her landlady, Liz (Ruth Donnelly), pops in through Millie’s squeaking screen door. While the women chat, Aldrich frames Millie’s empty bed behind them. As Millie tries to make jaunty small talk with Liz, Aldrich takes Crawford’s rigid fakeness, apparent in all her later films, and makes it look like a cover for Millie’s quiet desperation, her huge fears, and frantic last hopes. Liz talks about her brother (“Tall and skinny and all muscle,” she muses) as if talking to herself, her forbidden sexual attraction to a sibling foreshadowing Millie’s future.

Perhaps it was a budgetary consideration, but the Los Angeles street sets of Autumn Leaves don’t have many people on them, and this adds to the weight of Millie’s despair. As she leaves a piano recital, Millie’s aloneness is palpable. Determined to enjoy her evening out, she decides to stop at a diner, and young Burt Hanson (Cliff Robertson) asks to sit down with her. After only a few words between them, Burt says, “You know something? You’re lonely.” (In the first scene, Crawford had a dark diagonal shadow running down her chest. When she opens up to Burt, the shadow is further down and much lighter. Such shadows are there to obscure Crawford’s aging neck, of course, but Aldrich, like Douglas Sirk, makes creative use of such necessities.) Millie says he should find a girl his own age, but Burt keeps coming back to her.

This is the point when a rough-edged, somewhat uncomfortable May-December love story becomes a harrowing examination of primal, even infantile urges and conflicts—a kind of Oedipal nightmare. 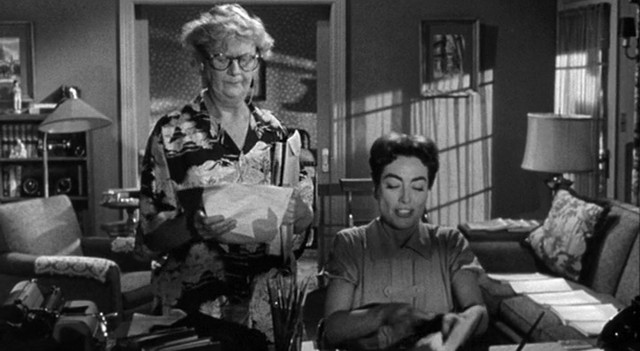 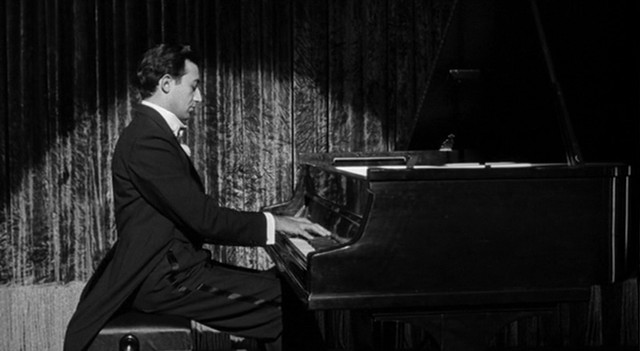 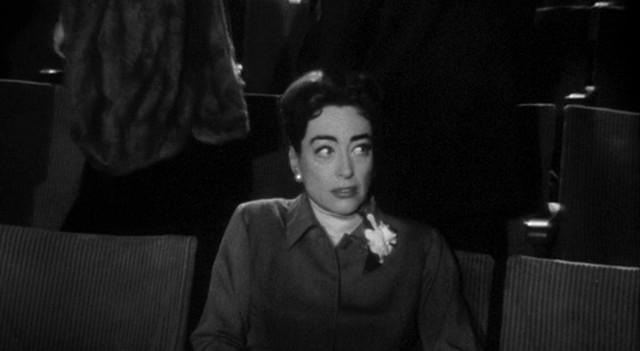 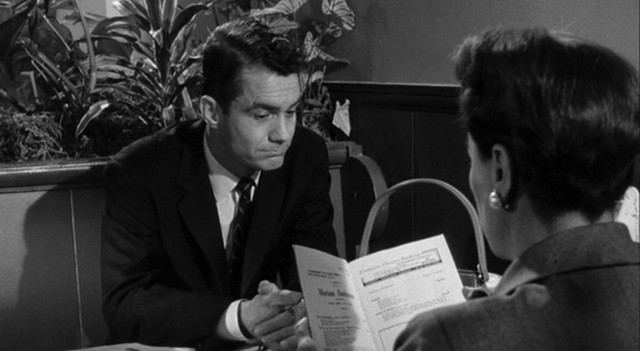 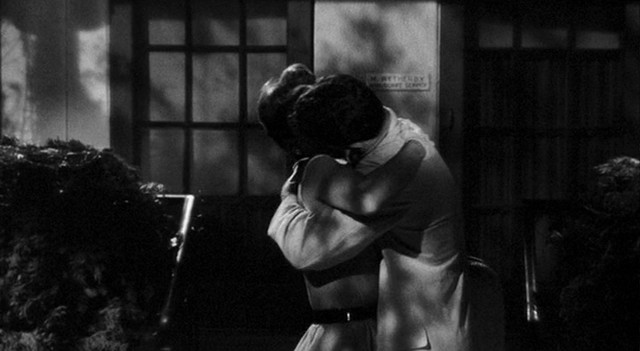 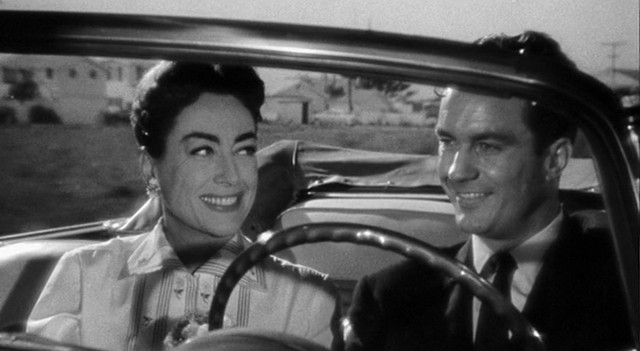 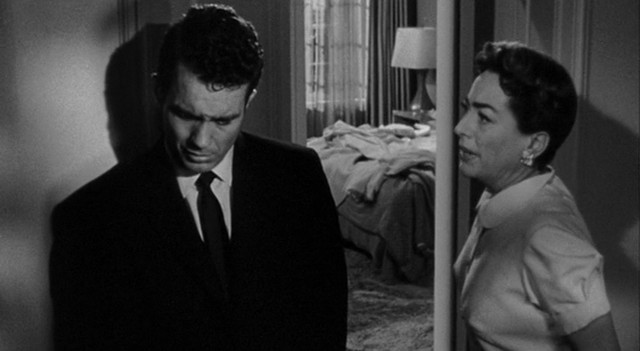