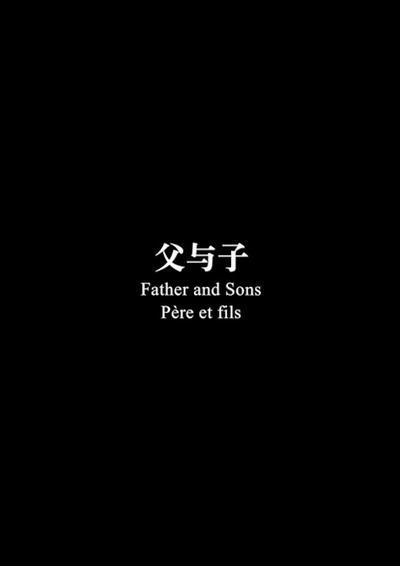 Synopsis:
“In 2011, Cai took his two sons to his workplace, a factory in Fuming, where he worked as a stone caster, and found a school for them. Ever since, they have been living in a hut owned by the factory, with only one bed. We began filming their life on February 2nd 2014. On the morning of the 6th, we received threats from the boss and had to stop filming.” 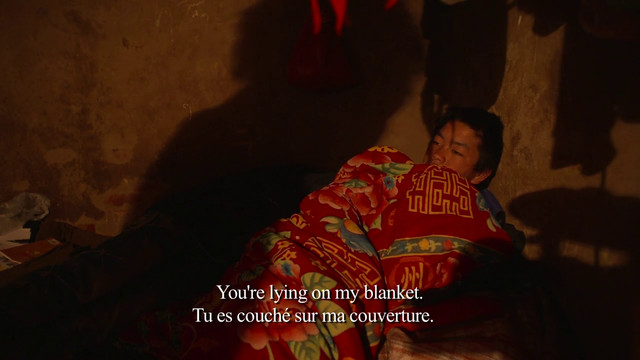 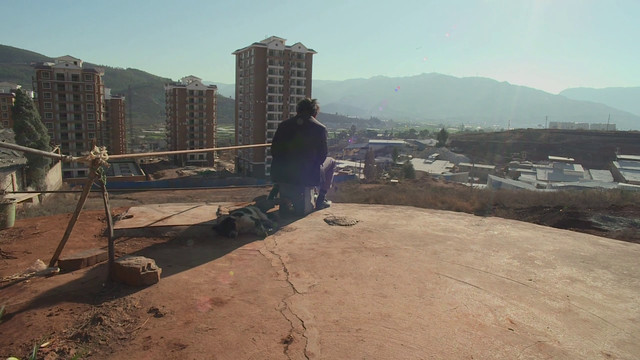 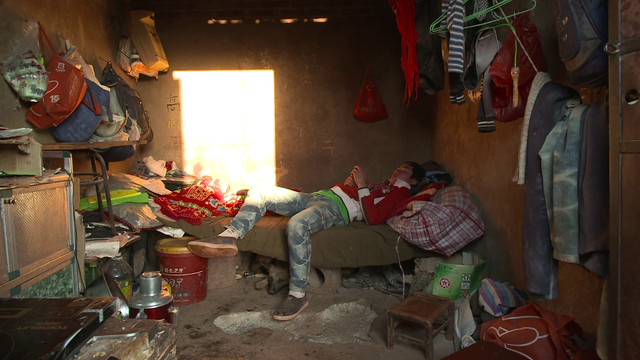 Review:
Father and Sons opens with a single, remarkably complex image. It’s evening in a small apartment in Fumin, China. Two boys sit back in bed, the flickering light of an unseen television barely visible on the left side of the frame. The shadow of a man, their father, rises up and dominates the screen. The light is warm, the walls bare. Things remain still a long while, until the parent decides that it’s time to turn off the TV and go to sleep. Like an overture, this first shot contains the kernel of what will grow into a taxing meditation on adolescence in the 21st century.
At least that’s what it seems to be about. Director Wang Bing, famous for his three-part industrial epic West of the Tracks, doesn’t offer much in the way of interpretive help in his newest film. After the evening prelude, Father and Sons consists almost entirely of stationary shots inside this small apartment. Stonemason Cai Shinhua lives there with his two sons, Yongjin and Yonggao, each of whom spends most of his time either passively watching television or actively staring into his smart phone. With the exception of a few brief glimpses out toward the urban landscape of Fumin, Wang points his camera at that same, unchanging bare wall. The room is cramped, with a large dent in the floor and no visible windows. The floor and the shelves are cluttered with various boxes and bags, three well-behaved dogs and the ever-present but always-unseen television.
Wang began shooting on February 2nd, 2014 and was forced to stop on February 6th, when he was threatened by Cai’s boss. It is unclear whether Father and Sons is footage from one day or all of them, but the final cut of the film is edited to resemble a single afternoon and evening. Usually only one of the boys is in the room, silently texting away or playing games, listening to but infrequently watching the TV. Individual shots last for minutes on end, the stationary camera capturing the remarkable stamina of Yongjin and Yonggao to do nothing at all with their time. It is at once intriguing and mundane, taking the common sense fact that teenagers do nothing but look at their phones and forcing an audience to address this issue directly, without even the slightest distraction. The ultimate interactivity of the smart phone has been upended and morphed into an almost completely static experience.
All the while it is somewhat unclear how Wang feels about this himself. As night falls, it begins to resemble satire. Each successive time one of the boys charges his phone becomes a visual joke, commenting on how their only physical movement consists of standing up and walking over to a power outlet. It’s like a remake of Luis Buñuel’s The Exterminating Angel, except instead of viciously poking fun at the Mexican bourgeoisie, Wang is applying a much duller knife to China’s tech-savvy millennial generation. The observational approach, because of the rigor of this editing, loses the calm feeling we usually associate with that style of filmmaking and becomes more of a formal experiment. If its moments of comedy are taken as such, it’s easy to read as an unfair critique of China’s youngsters, and by extension youth worldwide. Yet that’s never made particularly clear, which is what makes Father and Sons a slightly more interesting project. There is much room for interpretation and contemplation. And, given the structure of the film, plenty of time to think it over. 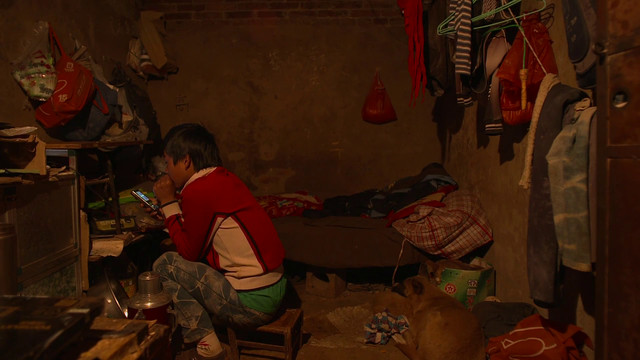 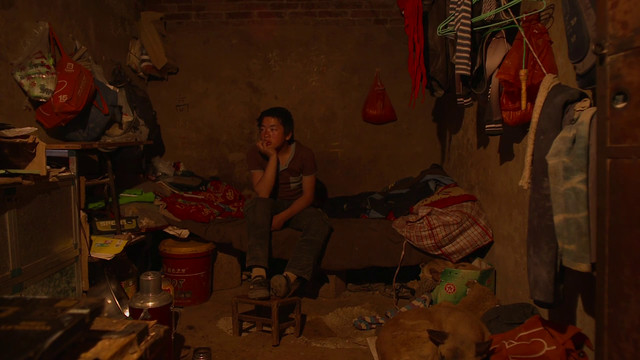 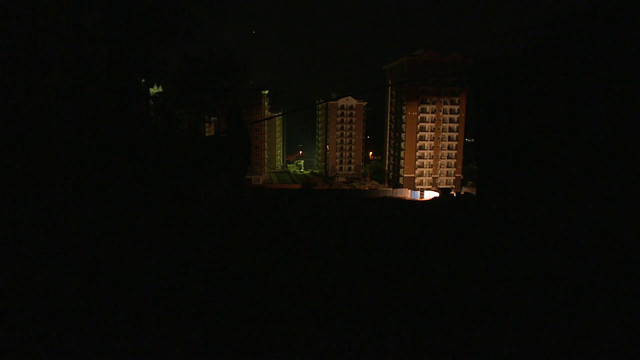