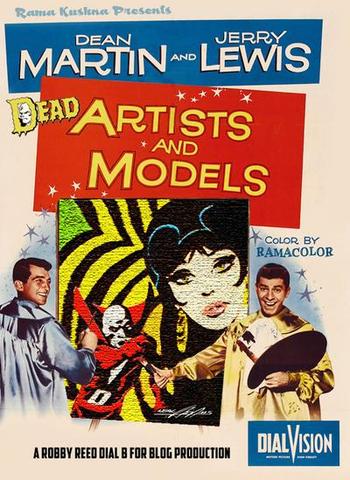 Rick Todd uses the dreams of his roommate Eugene as the basis for a successful comic book.

Ignatiy Vishnevetsky wrote:
There’s a meaty essay to be written about the lengths to which modern-day Americans will go to distance themselves from Jerry Lewis. Lewis represents the unrefined tastes of some earlier era of moviegoing, explained away through pejorative references to “slapstick” and “the French.” (Never mind that Lewis was never as popular abroad as he was in the U.S.) The truth, of course, is that though Lewis produced his share of dross, the gold remains pretty damn funny, and the stuff that isn’t funny tends to be strange and formally audacious in a way Hollywood comedies rarely are. It’s possible to be turned off by Lewis’ mugging (which is fairly relentless) and still appreciate the command of style displayed by his best films, whether it’s the ones he directed himself, or his collaborations with cartoonist-turned-director Frank Tashlin.

Which brings us to Artists And Models, the first movie Lewis made with Tashlin, and arguably the best of his 16 collaborations with comedy partner Dean Martin. (The other contender for that title is their final film together, Hollywood Or Bust, also directed by Tashlin.) Artists And Models is one of the most exuberant and colorful American movies of the 1950s. It uses the era’s comics boom as both a visual reference and a plot point, spinning a story about two pairs of mismatched roommates into a quasi-surreal satire of anti-communist paranoia, fandom, and art, packed with throwaway quotations (it may contain the first Rear Window riff in film history) and sight gags. All that, and it’s pretty funny, too.

The visual palette is Technicolor at its brightest and most saturated, with colors slathered across the widescreen frame. Artists And Models was shot in VistaVision, which would eventually lose the widescreen format war to CinemaScope; because it was non-anamorphic, VistaVision had greater detail around the edges of the frame, and a more even and panel-like sense of space. (Coincidentally, VistaVision was resurrected half a century later for several scenes in a much more serious comics movie, The Dark Knight.) Tashlin directed animated shorts for Warner Bros. before moving on to features, and many of his best movies play like live-action cartoons. Artists And Models, though, looks like paper, inked and colored; its clean lines and bright colors make it the definitive Golden Age comics movie.

Richard Brody wrote:
The debate over violence in children’s entertainment was already raging in 1955, when Frank Tashlin made it the fulcrum of this Jerry Lewis–Dean Martin vehicle. Lewis plays a comic-book-crazed writer of insipid children’s stories who erupts in his sleep with lurid ravings, which his roommate (Martin), a penniless artist, transcribes and sells to a pulp publisher who is struggling to compete with television’s violent fare. Tashlin, a pop visionary, puts unhinged pop visions at the core of modern life, presenting Lewis’s nocturnal babble as scientific insights that get the attention of the F.B.I. and Soviet spies. “Don’t shoot,” one of them says. “Remember, we need his dreams.” But the villains are ultimately thwarted by the dreamer’s sexual instinct, and a scene that parodies “Rear Window” (one of Tashlin’s many Hitchcockian winks) emphasizes the connection between sex and violence. Suppress depictions of lust and horror, Tashlin implies, and you suppress imagination itself—which nonetheless is often better left imagined. 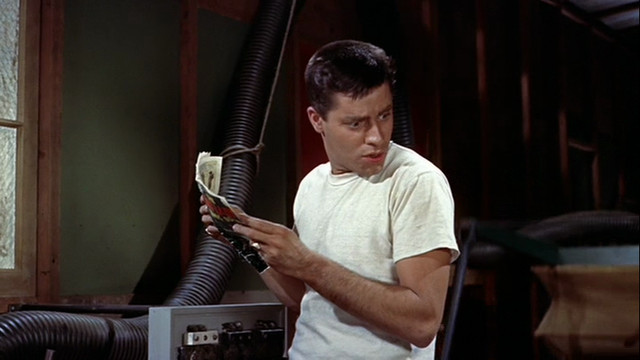 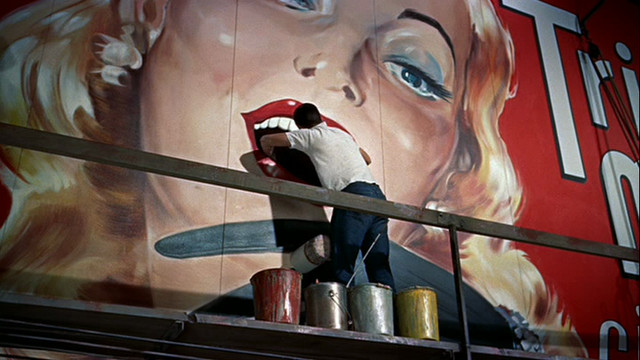 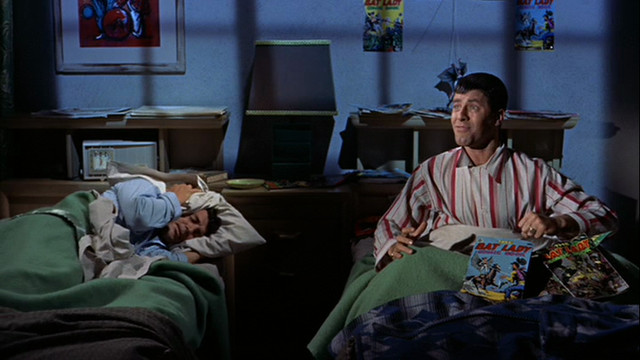 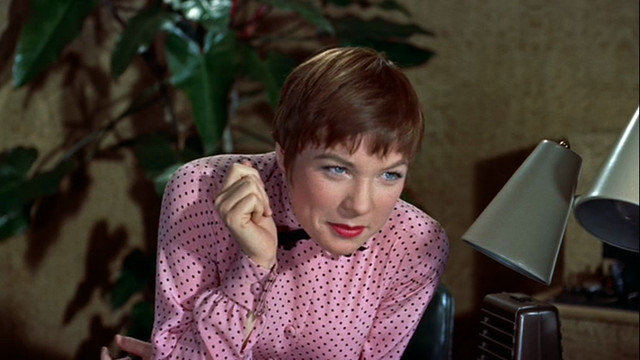 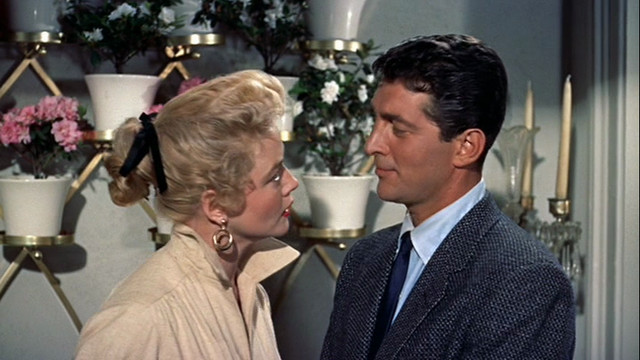 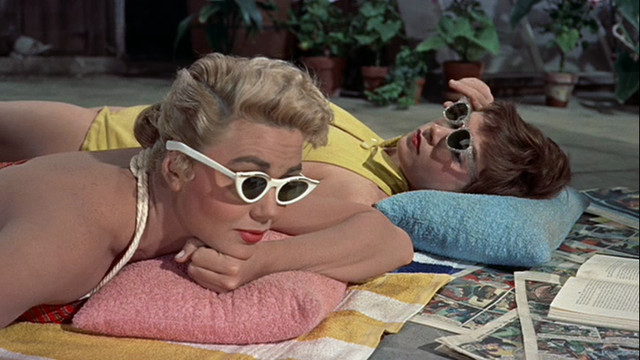