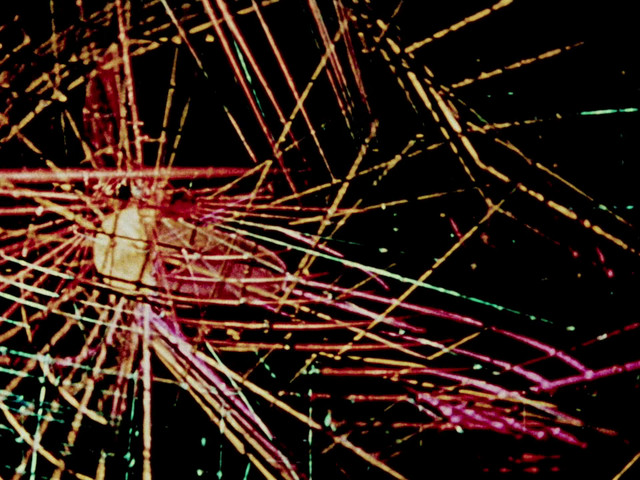 The inherent kinetic qualities are brought into actuality in GYROMORPHOSIS, as seen in the construction-sculpture of Constant Nieuwenhuys of Amsterdam. To realize this aim I have put into motion, one by one, pieces of this sculpture and, with color lighting, filmed them in various detail, overlaying the images on the film as they appear and disappear. In this way I have hoped to produce sensations of acceleration and suspension which are suggested to me by the sculpture itself. – Hy Hirsh 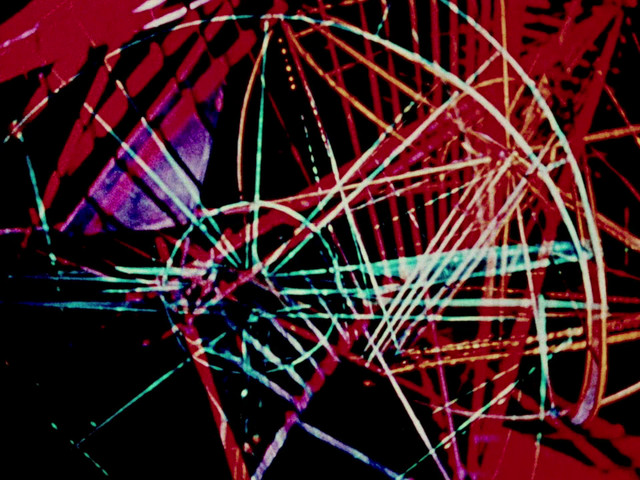 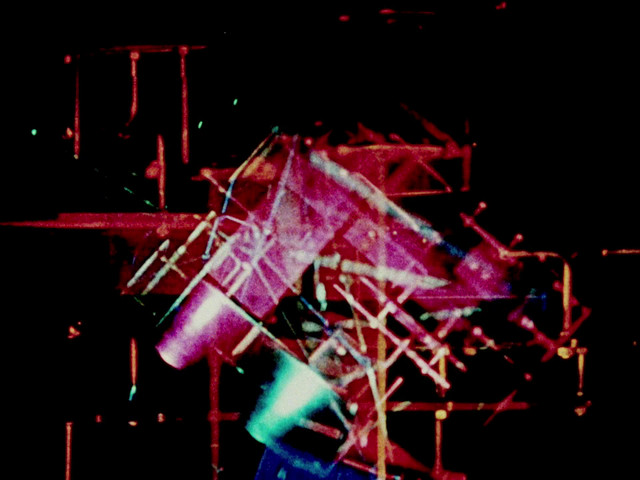