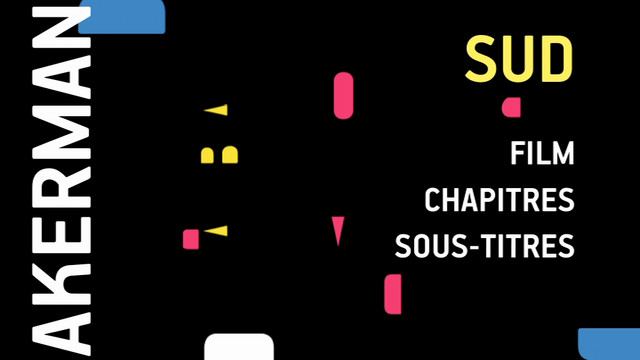 Synopsis
A look at the troubled area of America’s Deep South, primarily focusing on the sadistic murder of James Byrd, an African-American man dragged to his death by three white supremacists. The film contains interviews with local inhabitants who discuss the problems caused by racism in the area both before and after the advent of the Civil Rights movement. 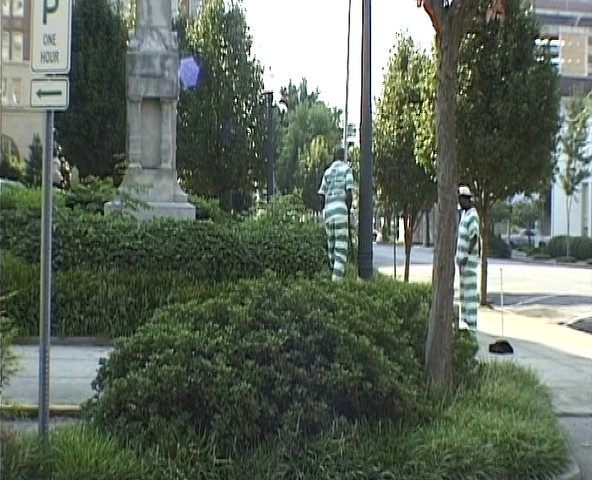 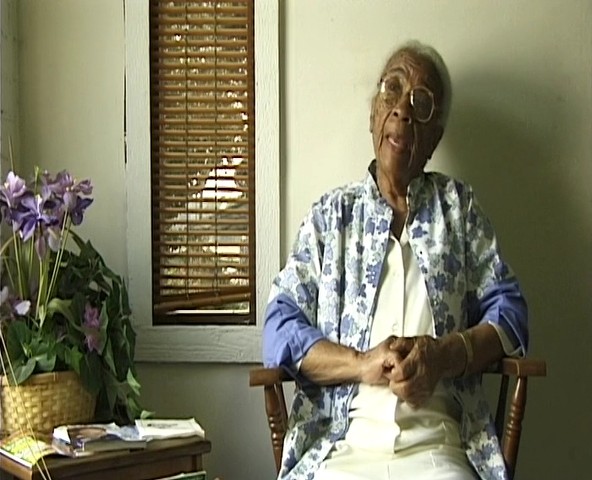 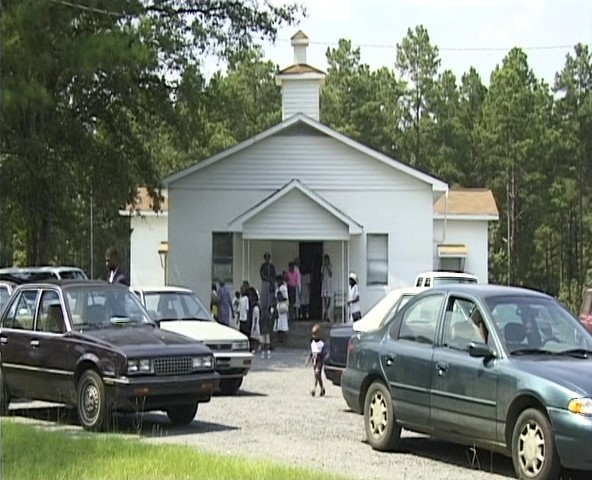 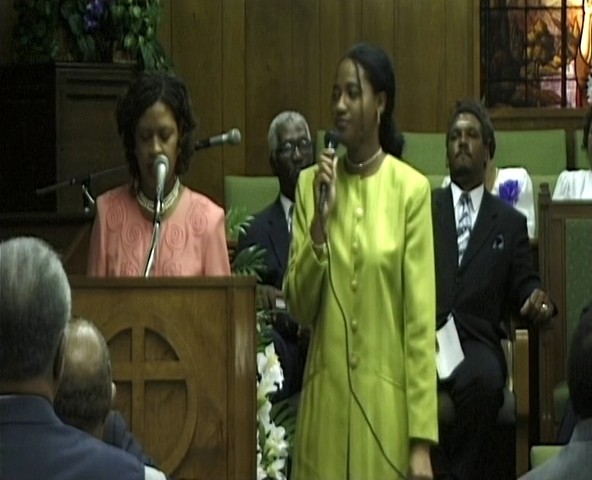 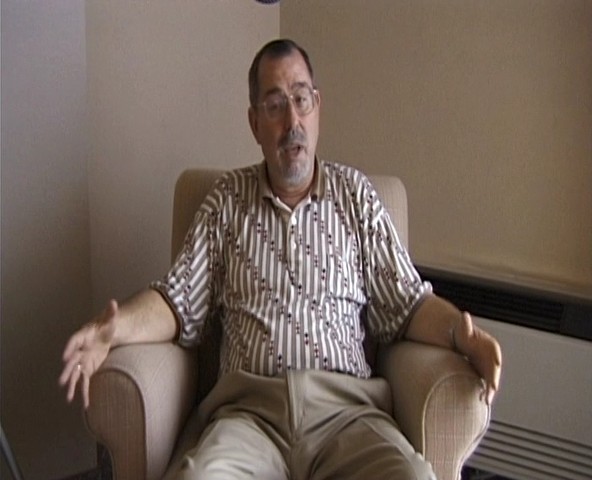 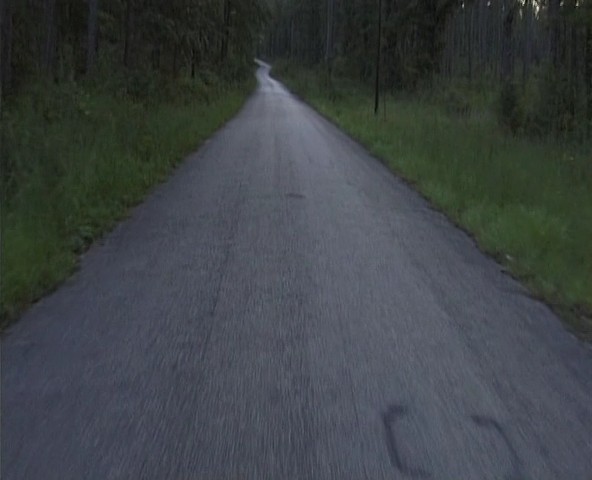 Review
In recent years, the work of iconoclast Chantal Akerman has screened almost exclusively at the Melbourne International Film Festival (Nuit et jour [Night and Day, 1991], D’Est [From the East, 1993] and Portrait d’une jeune fille de la fin des années 60 à Bruxelles [Portrait of a Young Girl at the End of the ’60s in Brussels, 1994]) but her most recent film South (1999), featured at this year’s REAL life on film festival (Melbourne, April 2000). Inspired by the literature of William Faulkner and James Baldwin, the film was originally conceived as a broad take on the American South. The project was rewritten following the racially motivated murder of James Byrd Jr. in Jasper, Texas, an event which subsequently became the film’s central and symbolic focus.

South opens in characteristic Akerman fashion-lengthy, static images of a small church anchored in the lush surrounds of Jasper-succeeded by other images of bucolic Southern repose. The action is negligible, dialogue non-existent and sound muted, investing these opening scenes with an oppressive beauty. As the film unfolds, it becomes apparent that it is a beauty wrought from a landscape defined and defiled by longstanding racial tensions.

Akerman allows a considerable period of time to elapse before introducing a series of interviewees, whose observations on the politics of race and the Byrd murder make clear the filmmaker’s sympathies. We hear from, amongst others, the local sheriff, an investigating police officer, a commentator on the White Supremacist movement and several elders of the black community who recall ‘the bad old days’ of slavery and persecution. Akerman sets up a structural and semantic counterpoint between the dispassionate statements of these ‘talking heads’ and the silent, static and tracking shots of a seemingly innocent rural backwater.

It is an oppositional strategy consistent in Akerman’s oeuvre, where key formal and thematic elements are consistently counterposed, with contradictory and often striking results. Analyses of South have coupled it with Akerman’s stunning, impressionistic From the East, where the contrapuntal arrangement of image and sound works to such brilliant effect. Akerman herself has noted that the film “is in some way an echo and a counterpoint [of this earlier work]…It is a journey too….” News From Home (1976), Akerman’s earlier study of another American locale, is in some respects equally a template for South. It combines her trademark static set-ups and tracking shots-in this case of New York streets-with Akerman’s monotonous voice-over reading letters from her mother in Belgium. The narration is regularly subsumed by ambient street noise, noise which is itself often indistinguishable or deliberately asynchronous. Images are frequently blurred to the point of abstraction. It is a portrait of New York unlike any other; at once intimate and detached, at times frustrating yet endlessly and compulsively watchable.

Where this oppositional strategy works so provocatively in East, News and elsewhere, in South it takes a rather different form. Thus Akerman’s signature style-the detached quality of her silent, static images and prolonged tracking shots-is undercut by the inclusion not only of conventional interviews, but, more significantly, the memorial service for Byrd. Technically inferior and essentially uncut, with poor sound and at times an uncomfortably close-up perspective of the mourners, this scene effectively becomes the centrepiece of the film. It has a structurally and emotionally disruptive effect-which is perhaps Akerman’s point.

If Akerman “…has developed a film language in which the lateral movements of the camera suggest the wandering of a subject at once spectator and participant”, South emphasises the participatory to a new and surprising degree. The restraint characteristic of earlier Akerman documentaries is mitigated here by the disturbing presence of the memorial service and the emotive nature of the questions the film consistently raises.

By the same criteria, South appears at times disconcertingly naive. The roll-call of interviewees foregrounds Akerman’s allegiances, while failing to illuminate the problems of American racial politics. The gruesome accounts of Byrd’s murder and the memorial service sequence border on the exploitative. And the relentlessly repetitive images of church, countryside and Jasper streets make Akerman’s formalist obsessions almost a conceit. One also wonders just how different a film this might have been had events in Jasper not intervened.

And yet the film has an oddly unsettling and ultimately compelling effect. Akerman’s earlier work has been contextualized in relation to Serge Daney’s notion of the “cinema of disaster”-cinema that both attempts to come to terms with contemporary disasters such as the Holocaust (Shoah [Claude Lanzmann, 1985]) and the bombing of Hiroshima (Hiroshima Mon Amour [Alain Resnais, 1959]) and recognises the impossibility of finding a language to represent such events. One could also include South in such distinguished company. The unresolved injustices of American race relations thus constitute the ‘contemporary disaster’ that on some level defies explication.

If East is a “procession of postcards…a report from the new front”, this latest Akerman work is perhaps a corresponding bulletin filed from the old South. Part lamentation, part reportage, an ‘evocation’ rather than an investigation, as with every Akerman work, South is arguably as much concerned with the relationship between narrative, space and time as with a specific subject. The film closes with a truly shocking sequence that measures in eerie silence the entire length of the road along which Byrd was dragged to his death. It is, as ever, a memorable conclusion from this always interesting, invariably provocative youthful veteran of the avant-garde.