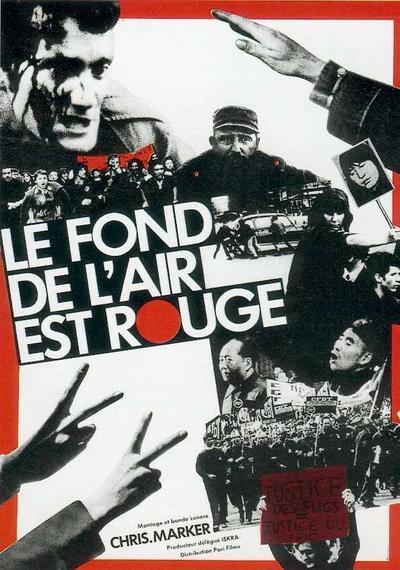 Synopsis:
French essay film focusing on global political turmoil in the 1960s and ’70s, particularly the rise of the New Left in France and the development of socialist movements in Latin America. 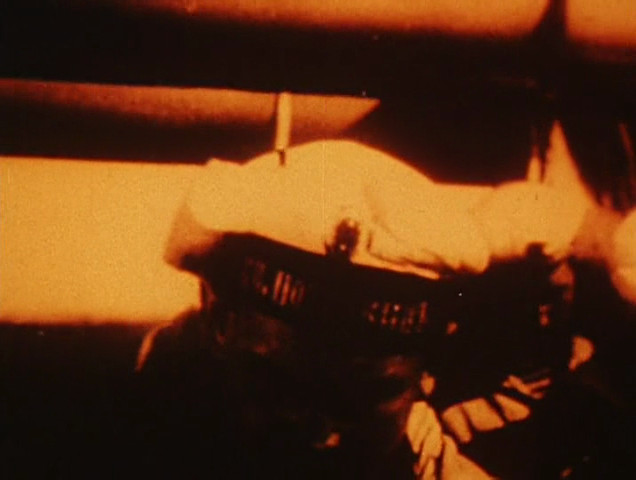 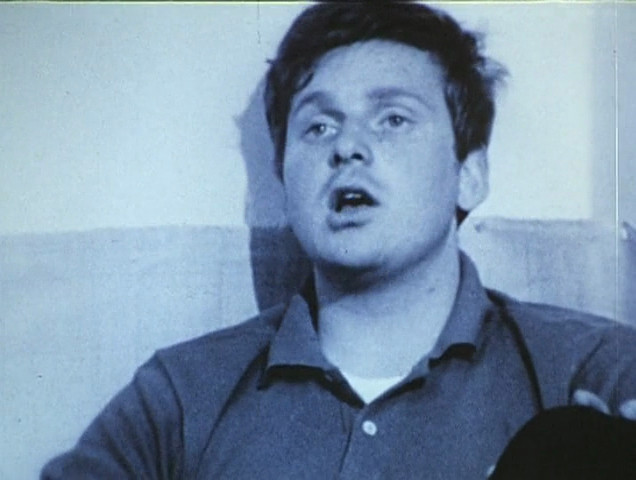 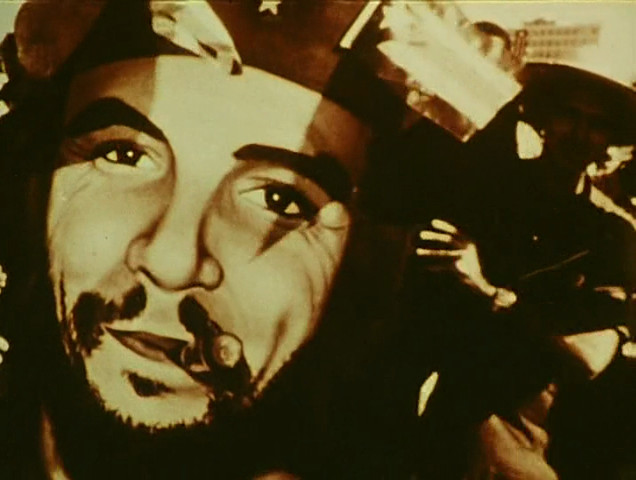 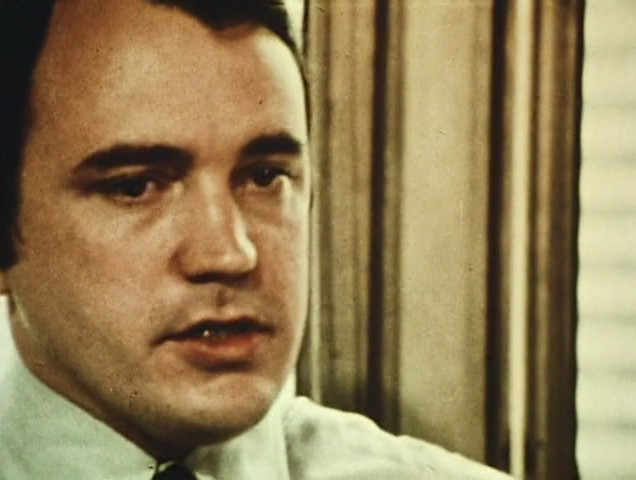 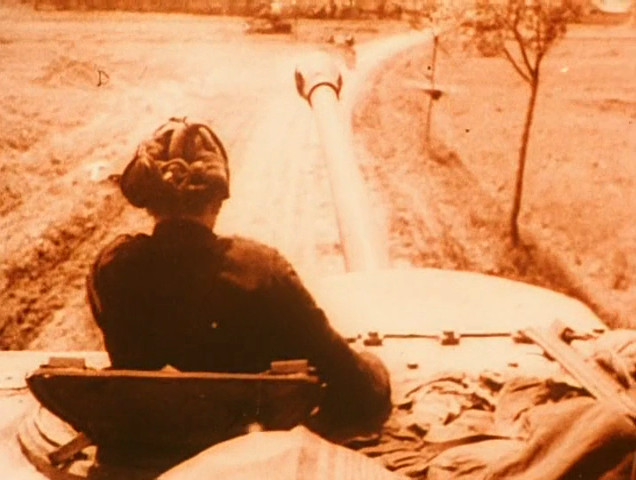 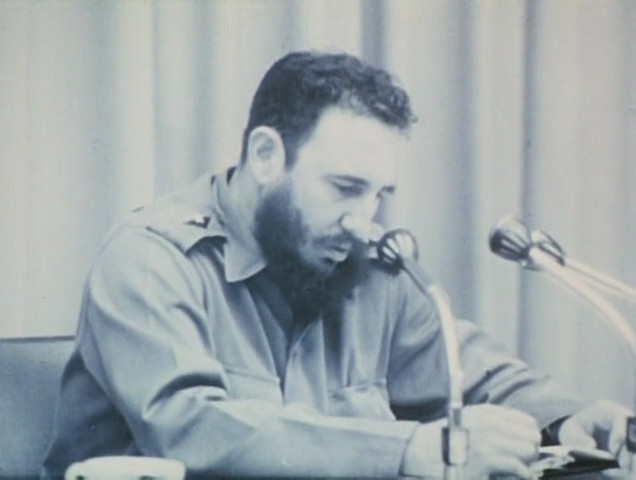 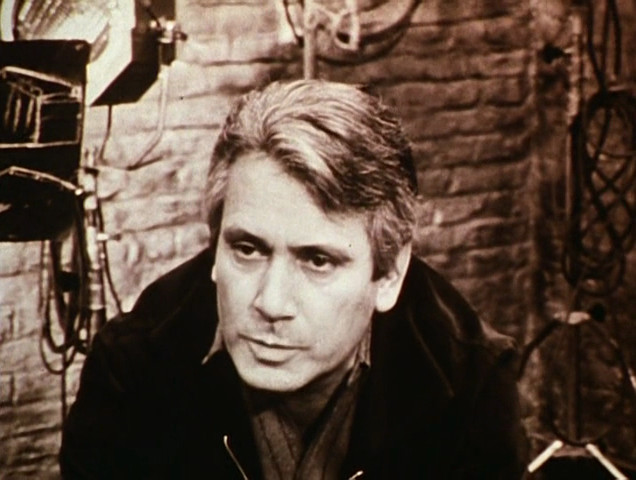 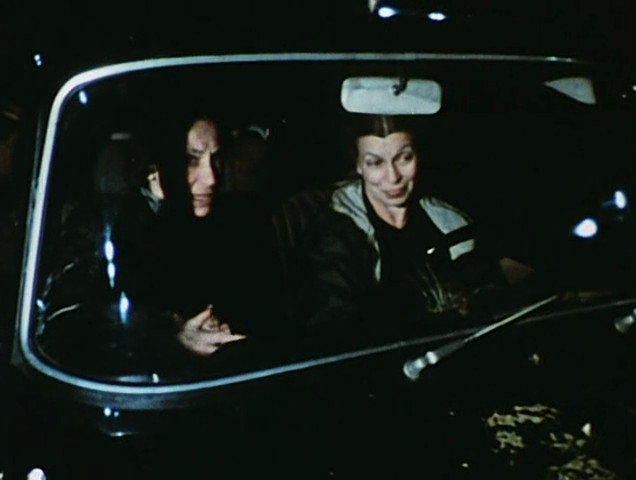 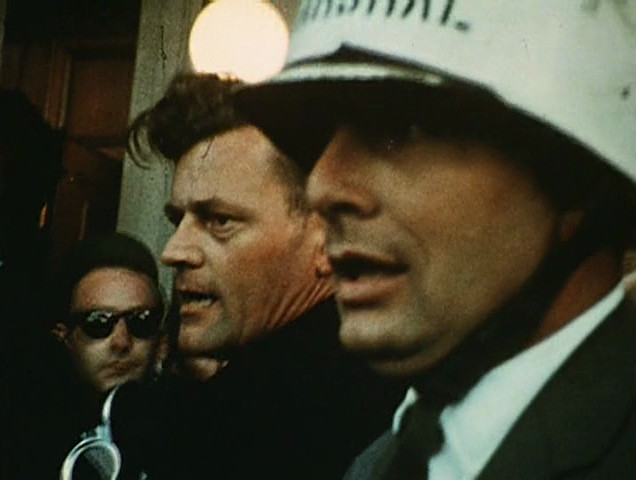 Review:
An off-screen narrator (speaking in first-person narrative for the filmmaker) recalls early memories of Battleship Potemkin as a series of images from the film converge towards the moment of the sailors’ call to arms – and revolution – with the singular word “Brothers!” before the order to fire from the bridge of the battleship is given. A complex montage of protest, defiance, mourning, solidarity, procession, and riot control provides, not only distilled visual summary of the inevitable fate of the New Left, but also a global context to the images of struggle as left-wing activists and intellectuals (such as Chris Marker) sought to achieve a “universal standard of civilization” that would elevate the human condition beyond the societal illusion of an improved quality of life afforded by material gain and competitive economy. To this end, the filmmaker juxtaposes footage from a contemporary television commercial to underscore the delusive irony and false panacea of created demand and consumerism, as a pleasantly surprised elderly couple receives a second television – an anniversary present from their family – and proudly boasts, “We’re a two set family now!”. However, for Marker and the socialist movement, the sentimental war resided away from these disposable, saccharin images of “advanced” civilization and was, instead, waged in the distant fields of Vietnam: a campaign for national self-determination that plays out against an intrusive, international politics of an escalating Cold War. In an archive footage, a French communist party official remarks, “Never before has history placed a nation at such a point of convergence for all the world’s modern contradictions. And it’s because people around the world felt concern for the Vietnamese struggle that they are fighting now for independence, for socialism, and for peace.”

Tracing the seeds of May 1968 to an ideological synchronicity among several global events, the film examines the evolution of the counter-culture movement from a philosophical, armchair intellectualism to a more aggressive and militant approach to demonstration and political resistance of the New Left: a willingness to endure personal sacrifice for a greater cause that was instilled in Paris during the protracted Saint-Lazare workers’ strike in 1967, the June 2, 1967 student protests in Berlin against the repressive regime of visiting dignitary, the Shah of Iran, the revolutionary campaign of Ernesto “Che” Guevara in Bolivia, the Bolivian arrest (while following Guevara’s troops) of French journalist Régis Debray, author of the seminal publication, Revolution Within Revolution? (a work inspired by Fidel Castro that served as a manual for conducting guerilla warfare), the Cultural Revolution of Mao Zedong in 1966 and the birth of the Black Panther movement later in the same year.

The themes of historicity and temporal and international convergence are also explored within the context of contemporary German Olympics history: first, in a modern-day encounter with a South Korean Olympian who, in 1936, had been filmed by Leni Riefenstahl in the propaganda documentary Olympia as (then) a Japanese Olympian competing for the empire in the Berlin Games, then subsequently, in the (repeated) politicization of the 1972 Munich Games, this time, by Palestinian terrorists who kidnapped members of the Israeli Olympic contingent in a hostage crisis that ended in the athletes’ death. For each point of reference, the film becomes a cogent reminder of the transience of history, (collective) memory, and identity. Visually, Marker reinforces the incestuous (and inseparable) interrelationship within the sphere of international politics, global commerce, human exploitation, and the conduction of the Olympics by juxtaposing archival footage of the games with a morbidly wry, tongue-in-cheek art exhibition of skeletal sculptures posed in various forms of athletic competition.

For the European New Left, away from the bastardization of socialist ideology under the repressive, totalitarian regimes of notorious political figures such as Joseph Stalin (and the continued paranoid, ingrained threat of a Red Scare in the U.S.), the great (and perhaps, last) hope for a national transformation into a true socialist democracy (and political model for laying the groundwork for a relevant socialist party within democratic states) lay in the election of physician Salvador Allende in Chile. However, the inevitability of a Marxist democracy under an Allende administration would immediately come into the crosshairs of the Nixon administration who sought to undermine the democratically elected Allende’s incoming government by initially attempting to stage an unsuccessful coup in order to prevent his inauguration (in a botch operation that would lead to the kidnapping and assassination of General Rene Schneider on September 11, 1973, and whose family would seek to make Henry Kissinger and other members of the Nixon-era administration accountable by filing a lawsuit on the fateful day of September 11, 2001), then sought to destabilize the Allende government by instituting crippling economic embargoes even as it provided financial and tactical support for the (Allende opposed) military that would ultimately lead to Augusto Pinochet’s successful coup in 1973. A subsequent footage of Allende’s daughter, Tati, delivering news of her father’s death to Fidel Castro, post-processed through a monochromic blue filter, reinforces the image of mourning and death – the dissolution of an embodied ideological hope and political progress reflected through the aural breakdown of distorted, down phased sound of the audience clapping, and subsequently punctuated with the solemn postscript of Tati’s own death on October 12, 1977 in Havana – not in the throes of armed struggle by an archetypal Che Guevara revolutionary, but from suicide – her death seemingly representing the collective despair and figurative collapse of the ideological dream.