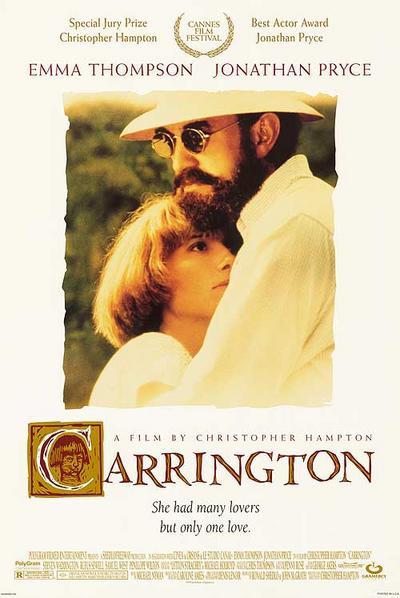 Quote:
Frail, intellectual Bloomsburyan Lytton Strachey is the unlikely hero for a movie, but congratulations to writer-director Christopher Hampton for making the essayist an elitist everyone can love.
Based on Michael Holroyd’s Strachey biography,
“Carrington” is ostensibly about Dora Carrington, an iconoclastic English painter who had the bad luck to fall irretrievably in love with Strachey, a confirmed homosexual. During their 17-year relationship that lasted until his death in 1932, they managed to live together happily, mostly platonically, sometimes sharing male lovers (one of whom would marry Carrington), but with Carrington often yearning for the sexual comfort Strachey could never fully offer.
As played by Emma Thompson, this Carrington isn’t quite as convincingly androgynous-looking as you’d expect of someone the prowling Strachey mistakes for a beautiful boy at first meeting. Thompson has all the other qualifications. She brings a fierceness to the role, giving Carrington a one-minded dedication to Strachey that touchingly surpasses all other concerns in her life.
The center of this movie, however, is Strachey, played with great sensitivity and nerve by Jonathan Pryce as part wise-cracking Oscar Wilde and part timid self-doubter. At times, it seems he can scarcely believe his own audacity as an intellectual admired in his own small circle but otherwise unknown. A talented critic, he would come to fame and fortune after the publication of his satirical profiles, “Eminent Victorians.”
Speaking in a pinched voice quite unlike the one he uses to hawk Infiniti cars on television, Pryce creates a character who is physically weak but thrilled to experience a rare dance with danger. After Mark Gertler (Rufus Sewell), the man Carrington leaves to be with Strachey, assaults Strachey in the street, he picks himself up and remarks – like a professor partaking in a thrilling experiment – how exhilarating it was to be attacked.
Wearing a long spongy beard, the actor Pryce, who appeared in “Glengarry Glen Ross” and starred in “Brazil,” doesn’t look like he is acting. It’s an extraordinary portrayal. Not only do we believe that he is Strachey, but he seems to believe it, too.
Strachey, appearing a bit stiff at first view, comes alive as the movie progresses, proving himself a galloping oddball with an enduring sense of justice. He wins our hearts when he arrives for a hearing before a magistrate to plead his case for conscientious objector status during World War I. Strachey methodically removes his overcoat and then, begging the court’s pardon, inflates a rubber doughnut on which he politely sits. “I am a martyr to the piles,” he explains unashamedly.
Hampton, who wrote “Dangerous Liaisons,” and the more recent “Total Eclipse” about the poets Verlaine and Rimbaud, is a gift to the cinema. He manages to focus on literary subjects without deadening them, so often the fate of books turned into movies by the Merchant-Ivory team. Helping to stir things up is an urgent cacophony of Mendelssohnian string music in Michael Nyman’s score, much reminiscent of work he’s done for Peter Greenaway films.The passion of the music carries through the film.
This movie has the flesh to go with the intellect. Carrington’s lovers are all strapping young men with admirable appetites. The love scenes are discreet but also hauntingly erotic. We catch a glimpse of Carrington with Beacus Penrose (Jeremy Northam, the thinking woman’s pinup) making love against a dresser, bathed in shadows, and in those shadows we see both Carrington’s pleasure and her rueful yearning for Strachey.
Hampton has a wicked wit, well demonstrated in “Dangerous Liaisons,” and there is also plenty of it to savor here.. 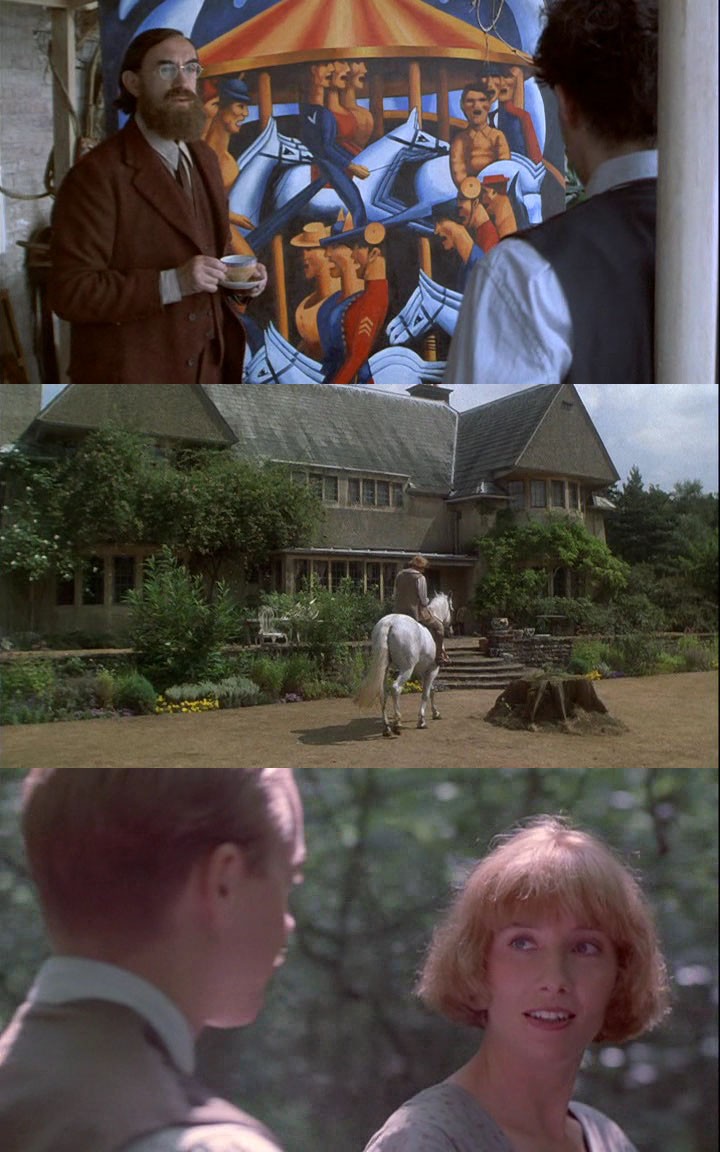 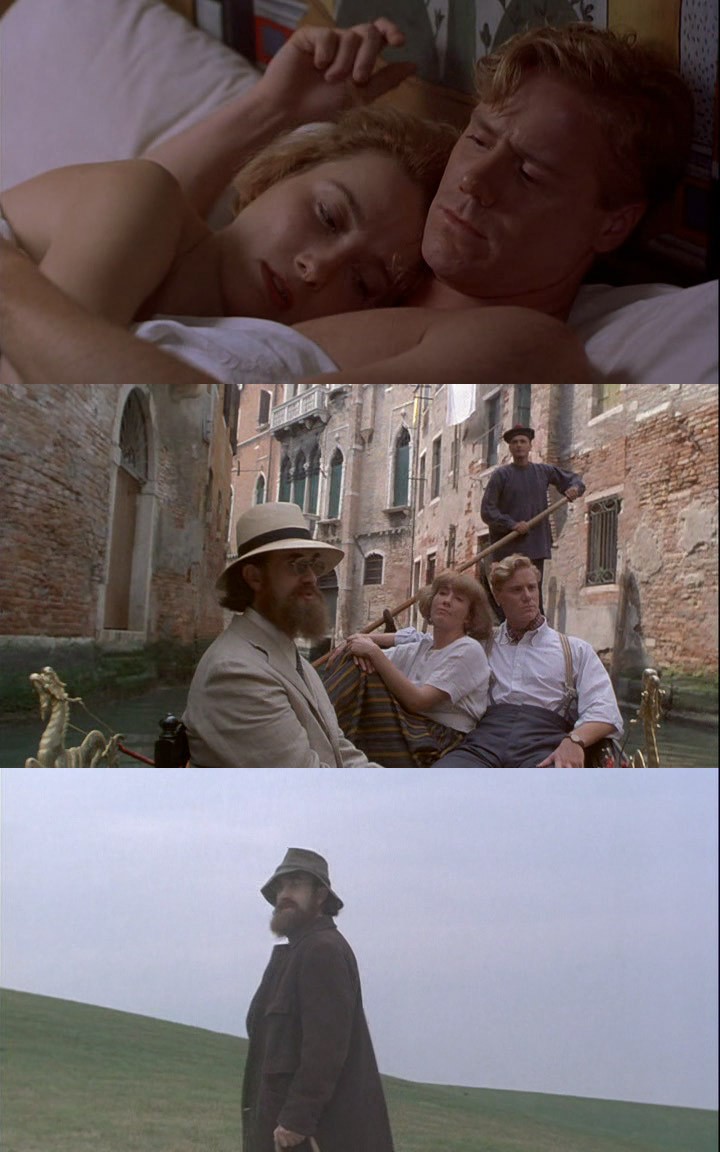