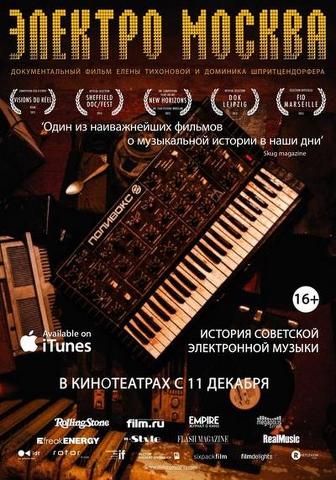 Elektro Moskva is an essayistic documentary about the Soviet electronic age and its legacy. The story begins with the inventor of the world’s first electronic instrument, Leon Theremin, unveiling the KGB’s huge pile of fascinating devices, some of which were musical. They all came into existence as a by-product of a rampant defense industry. Nowadays, those aged and abandoned ‘musical coffins’, as solidly made as a Kalashnikov, are being recycled and reinterpreted by the post-Soviet generations of musicians, sound collectors and circuit benders. The story of the Soviet synthesizers as an allegory to the everyday life under the Soviet system: nothing works, but you have to make the best out of it. An electronic fairy tale about the inventive spirit of the free mind inside the iron curtain- and beyond.

* The archival footage with Leon Theremin was shot by Sergey Zezjulkov in 1993, a few months before Theremin’s death. However, the planned documentary about the great Russian inventor was never completed and Zezjulkov stored the rushes underneath his bed for almost twenty years. Now these scenes can be seen for the first time.

Quote:
ELEKTRO MOSKVA tells the strange but true story of the evolution of electronic music against a backdrop of revolutionary politics, social upheaval, and totalitarian control.
From the invention of the world’s first electronic instrument by Leon Theremin in 1928, to avant-garde musicians of the 1970s scavenging contraband parts from KGB spying equipment, to modern day circuit-benders in cramped Moscow flats turning discarded toys into bizarre instruments, ELEKTRO MOSKVA chronicles almost a century of freethinking musicians, artists, and inventors who turned the economic hardships of the Soviet system into some of the strangest and most mind-expanding sounds and instruments ever devised.
Meet gregarious junk peddlers who specialize in scouring the countryside for long-forgotten analog synths from the days of Sputnik. Learn about the bizarre ANS synthesizer, which is “played” by scratching images onto glass plates that are then turned into music. Hear some of the weirdest and most haunting music ever electrified into existence.
ELEKTRO MOSKVA is the story of the Soviet synthesizer turned into an allegory of everyday life under the Soviet system: nothing works, but you have to make the best of it. – Maurice Moore

This film sketches a portrait of the experimental scene in Moscow and also includes rare footage of the godfather of electronic music, Leon Theremin. There are two types of machines. Western ones that always work and Russian ones, which you never know if they are going to work or not. So it is said in the documentary Electro Moscow, which takes us back to a fabulous piece of musical history that will surprise even true music buffs. The Austrian filmmakers Tikhonova and Spritzendorfer managed to track down some of these musical devices and tell the often bizarre stories behind them. Electro Moscow is a lively documentary that puts a big smile on your face. – IFFR

“The Shrewish Taming of the Current” would be an appropriate subtitle of Elektro Moskva. This documentary by Elena Tikhonova and Dominik Spritzendorfer provides nothing less than the first concise analysis of Russian electronic music from the early 1910s to the present, and is much more than just a music film: Embedded in discourses about everyday matters, technology and philosophy, Elektro Moskva portrays these musical experiments as an allegory for sociopolitical terrain that has remained unexplored until now.
With a trove of archival material and location shots, this is the story of how the current was brought under control, to the accompaniment of synthesizers and drum machines, since the birth of the Soviet Union under Lenin. The history of Russian electronic music has always been a story of privations and appropriation. No two synthesizers are identical; instead, they´re “living organisms” in the sound of which oscillate inventiveness, political influence and Communist fantasies of what´s doable. The futuristic furor continues into the ´60s with projections of space colonization, and when such groups as Notchnoi Prospekt made New Wave compatible with the USSR in the ´80s. Today, these machines are in great demand, with collectors going to the country´s most remote corners to perform interactive historical research. Three protagonists of contemporary Russian experimental electronic music, Alexey Borisov, Richardas Norvila a.k.a. Benzo, and Dmitriy Morozov a.k.a. Vtol are given a chance to speak.
This “electromagnetic fairytale” tells of an intellectual curiosity whose poetry turns nothing into something, in spite of, or because of, repression. Elektro Moskva fills in the map of music production in the past in an equally informative and entertaining way, at the same time making a passionate call for autodidactic creativity: sonic utopias. – Heinrich Deisl 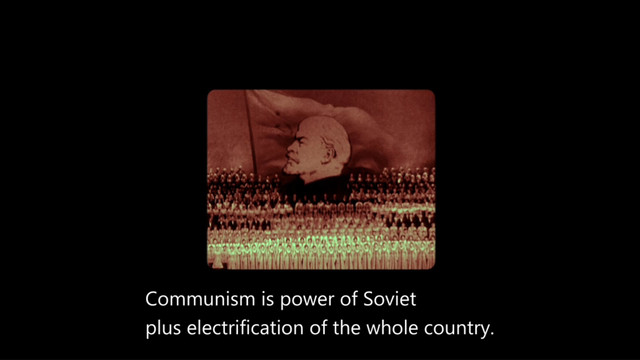 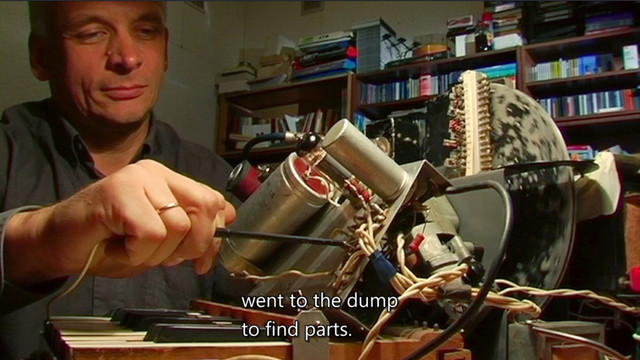 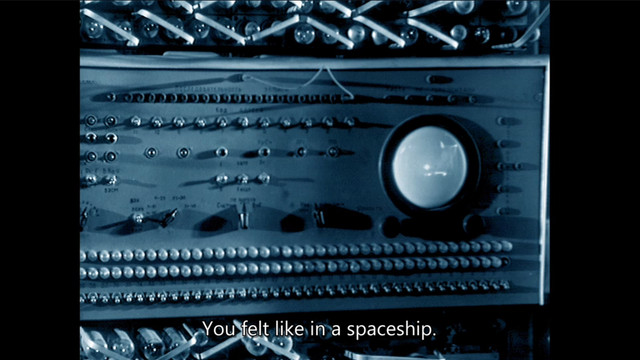 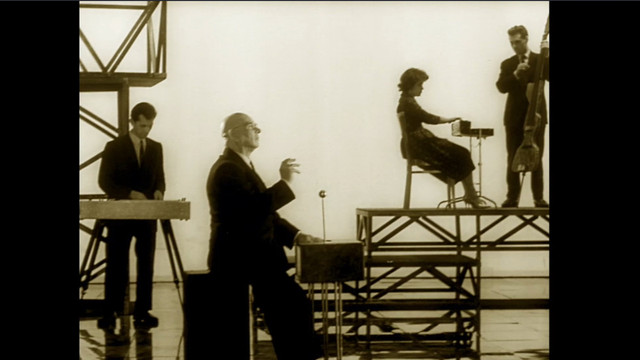 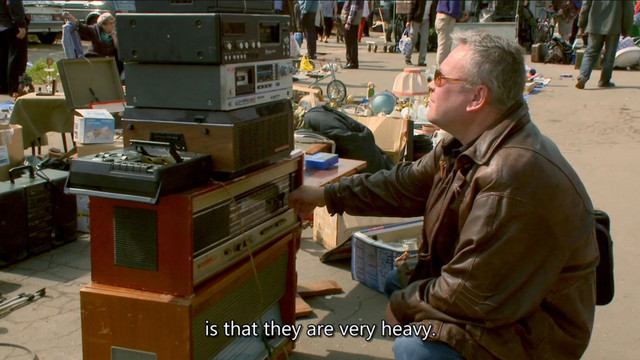 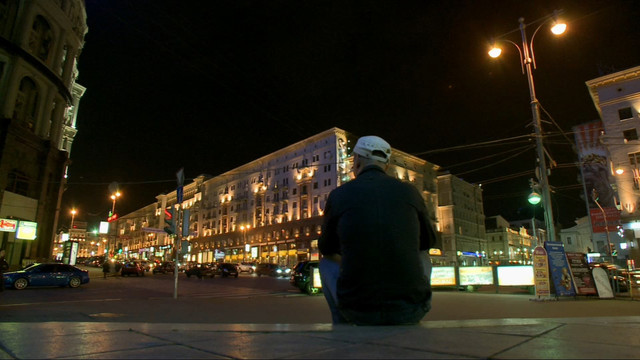 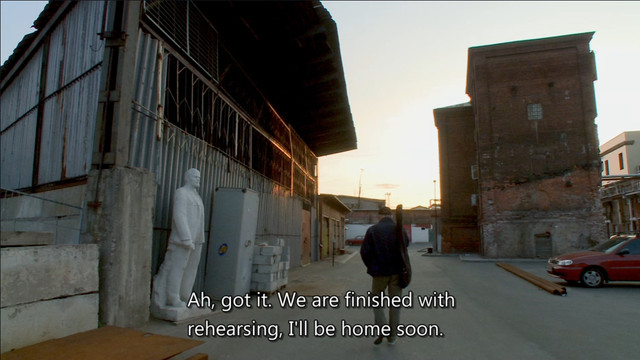 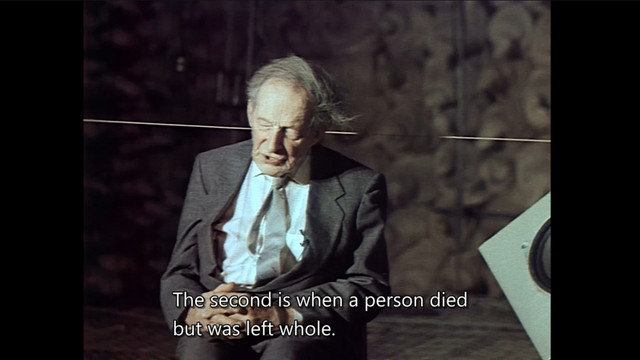