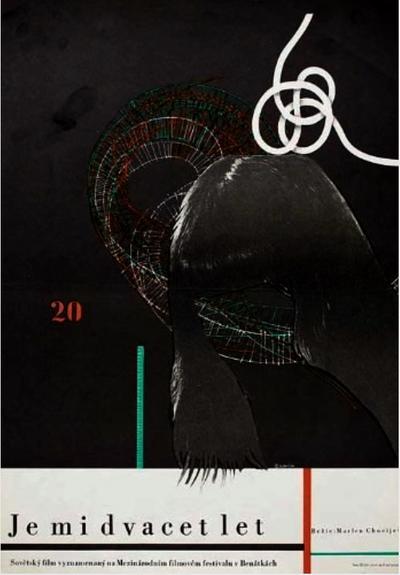 Synopsis:
I am Twenty is notable for its often dramatic camera movements, handheld camerawork and heavy use of location shooting, often incorporating non-actors (including a group of foreign exchange students from Ghana and the poet Yevgeny Yevtushenko) and centering scenes around non-staged events (a May Day parade, a building demolition, a poetry reading). Filmmakers Andrei Tarkovsky and Andrei Konchalovsky both play small roles in the film. The dialogue often overlaps and there are stylized flourishes that echo the early French New Wave, especially François Truffaut’s black and white films. The screenplay, co-written by Gennadi Shpalikov, originally called for a film running only 90 minutes, but the full version of the film runs for three hours.

I am Twenty began production in 1959,[1] during the De-Stalinization period of the Khrushchev thaw, when Soviet society experienced several years of unprecedented freedom of speech.

By the time the film was finished, the thaw was waning and the film’s openly critical view of Stalinism was deemed unacceptable, as was the its portrayal of the lives of everyday Soviet youth worrying about money and jobs and listening to Western music. At a speech in March 1963, Khrushchev personally attacked the film and denounced Khutsiev and his collaborators for “[thinking] that young people ought to decide for themselves how to live, without asking their elders for counsel and help.”
— form Wiki 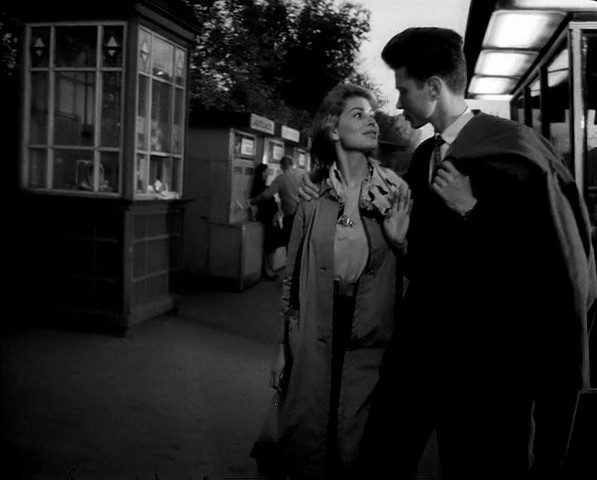 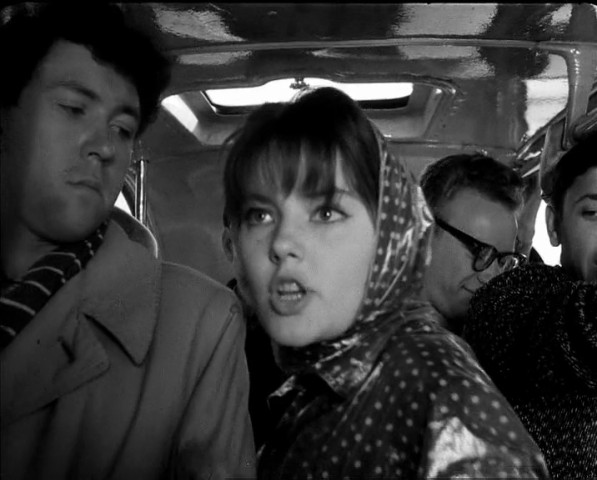 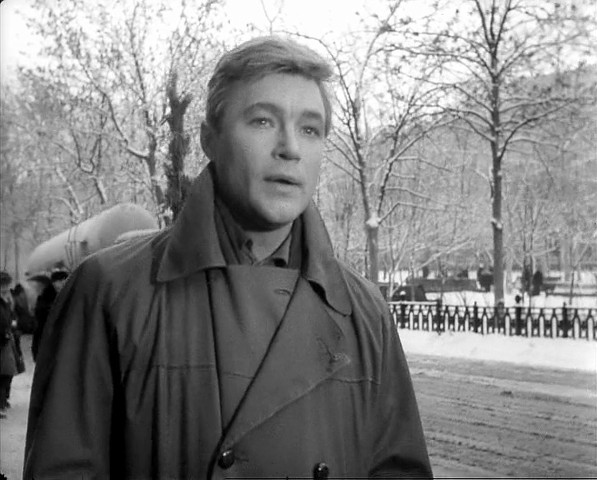 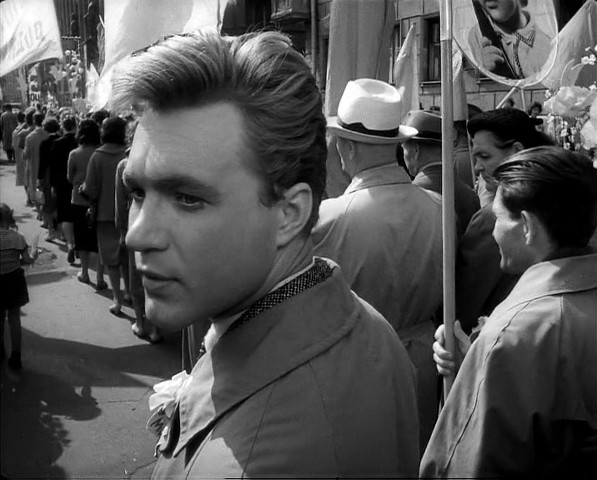 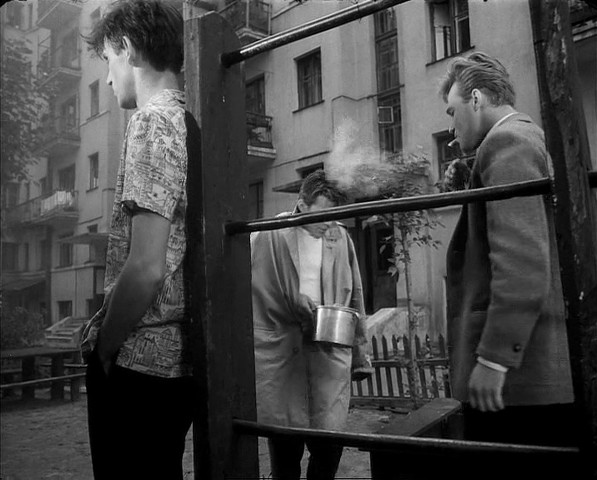 Review:
Half Godard, half serious but worthy drama, with an unexpected bit of propaganda thrown in for good measure, Khutsiev’s 3-hour epic is an interesting, serious and even fun look at Moscow circa 1964. Some of it is idealized and lying: the clean communal apartments without alcoholics, the bright streets unlittered. Some of it is truthful and
feels true, even if Russians of that generation hadn’t confirmed its truthfulness post-screening. Its all blended together so well, though, that truth and falsehood make a single fascinating film.

Sergei (Valentin Popov) returns to Moscow post-army experience, and hooks up with his old friends, holding down an undemanding post at the power plant while growing increasingly sick of his meaningless and repetitive life.

He and his pals eventually split up in different directions, and then the film does an ideological 180, extolling the glory of the Soviet state, and before you know it the final shot, of Lenin’s tomb no less, has arrived.

The first half (and the film has a labeled second half, so you can tell where the very definite boundaries begin) is clearly under the influence of the French New Wave. As Sergei and pals clown around Moscow, the light abandon of the film has many charming, whimsical moments. The highlight is the May Day parade, a bright and seemingly spontaneous display of happiness. Forgetting about the grandeur of the Soviet state, Khutsiev shows Moscow in clear, uncluttered and un show-offy shots. The feel is refreshingly un-propagandistic. The second half is serious and deals with somewhat cliched material; however, acted flawlessly, it comes through with effect and Khutsiev doesn’t lose the viewer with his tonal shift. The ending propaganda is so unexpected and quick it can be forgiven.

I Am Twenty is clearly a film of its time, and it records its time and place in ways that the best time capsules do: with sympathy, perception and an acute eye and ear (it’s especially interesting to note how, as with so many international films from the early 60s, jazz recordings are everywhere). Particularly lovely are the tracking shots taken from afar. Never leaving the city, Khutsiev shows a time and a place, as well as an acute if not thoroughly original character study. It’s art, and naturally was cracked down on (unfortunately for Khutsiev, war on formalism had just been declared): cut in half and with key sequences exorcised, it was finally restored in 1989. Our gain; truly an unknown classic.