Quote:
This is a solid remake of the 1935 film of the same name about big-city political corruption, and it starred Edward Arnold as the corrupt political boss and George Raft as his loyal lieutenant. Stuart Heisler directs this film noir in a workmanlike manner (though, the changed hard-edged ending from the novel is a copout). It is similar themed but less effective than The Maltese Falcon, which was also based on a Dashiell Hammet novel. The Glass Key was supposedly the inspiration for Kurosawa’s Yojimbo. The title refers to the political boss backing a candidate based on the expectation of being rewarded with the key to the governor’s house if all goes according to plan, but is breakable if there’s a betrayal. For Paramount this was a big box-office film because of the star team of Veronica Lake and Alan Ladd, who sparkled as lovers with opposite personalities.

Paul Madvig (Brian Donlevy) is the hard-hitting, good-natured, semi-corrupt political boss from the wrong side of the tracks, whose loyal chief aide is his childhood pal Ed Beaumont (Alan Ladd). The corrupt politician surprises his underworld cronies by backing society millionaire “reform” candidate Senator Ralph Henry for governor. He does so because he has a crush on the senator’s feisty and beautiful daughter Janet Henry (Veronica Lake). Ed doesn’t trust Henry to keep his word and be loyal after the election, and thinks his daughter is using her engagement to the love-sick pup, she feels superior to, in order to get her pop elected and then both of them will dump him. There’s also the concern that the reform platform promises to clean up the gambling and vice in the city, and that will make dangerous enemies of Paul’s old supporters like the small-time city racketeer Nick Varna.

When Janet’s wastrel brother Ted is killed, it’s suspected that Paul killed him because he was seeing his 18-year-old sister Opal (Bonita Granville) over his objections. The twisty plot has Paul’s vulnerable sister and conniving girlfriend working against him to get him indicted for the murder, which he denies he did. The girlfriend writes anonymous letters to the spineless DA accusing him of the crime, while the sister gives an exclusive to newspaper publisher Clyde Matthews accusing her brother of murder (Matthews is under pressure to support Henry’s rival because Varna owns the mortgage to the newspaper and since he’s broke has no choice but to follow the gangster’s orders).

The film’s most memorable scene has Varna goon Jeff (William Bendix) applying a lengthy sado-masochistic beating on the stoical Ed while saying things like “He’s a tough baby, he likes this” and then gleefully asking his “little rubber ball” to bounce back for more.

Ladd plays an amoral character who only remains loyal to his boss (he even dismisses the sexual advances from the boss’ fiancee) and is willing to do anything to save him from a murder charge because he’s just a “square” guy. But, at the same time, Ladd encourages the publisher’s wife to come on to him in front of her hubby and when the hubby commits suicide over this, he brazenly goes up to his room and steals the will the publisher wrote before the suicide. Ladd will not stop a drunken and enraged Bendix from slowly strangling to death Varna over a falling out about blabbing too much, and he is willing to let Lake, whom he loves, get arrested for a crime she didn’t do to smoke out the real killer. 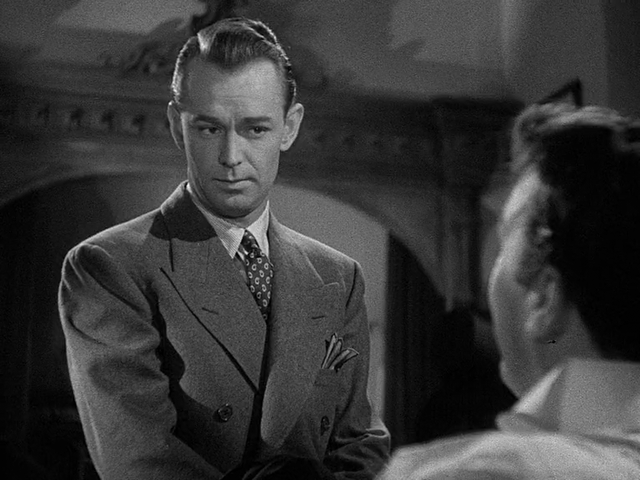 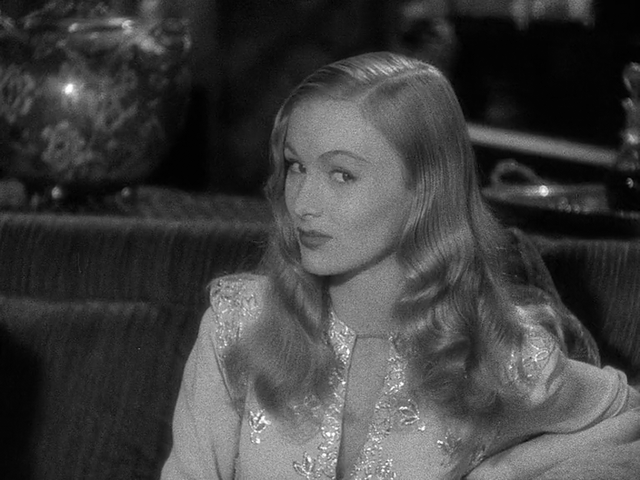 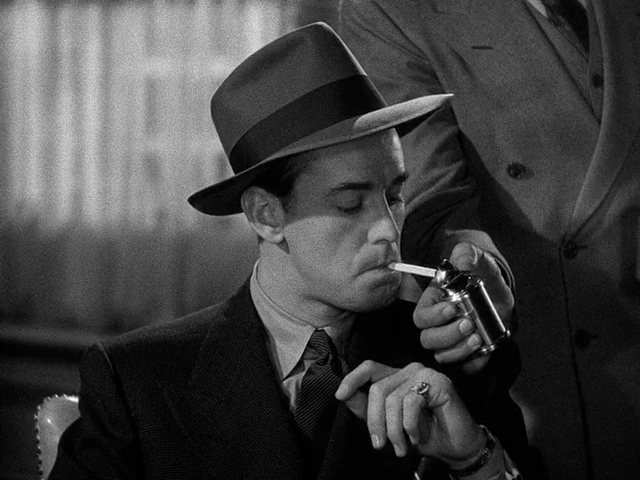 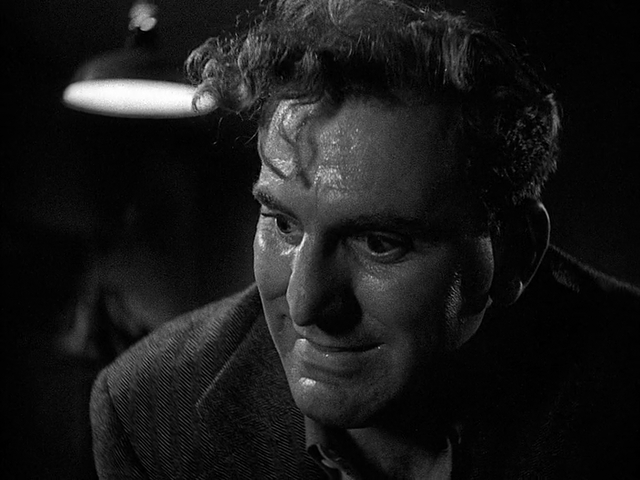