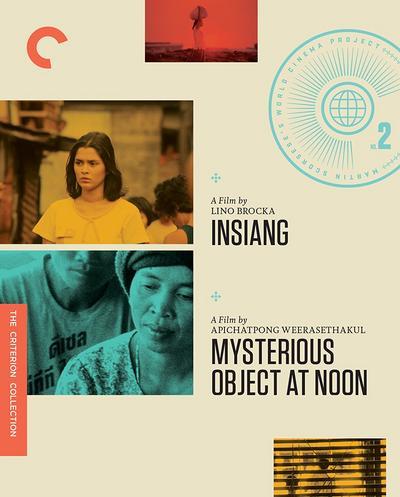 Quote:
Jealousy and violence take center stage in this claustrophobic melo­drama, a tautly constructed character study set in the slums of Manila. Lino Brocka crafts an eviscerating portrait of an innocent daughter and her bitter mother as women scorned. Insiang leads a quiet life dominated by household duties, but after she is raped by her mother’s lover and abandoned by the young man who claims to care for her, she exacts vicious revenge. A savage commentary on the degradations of urban poverty, especially for women, Insiang was the first Philippine film ever to play at Cannes. 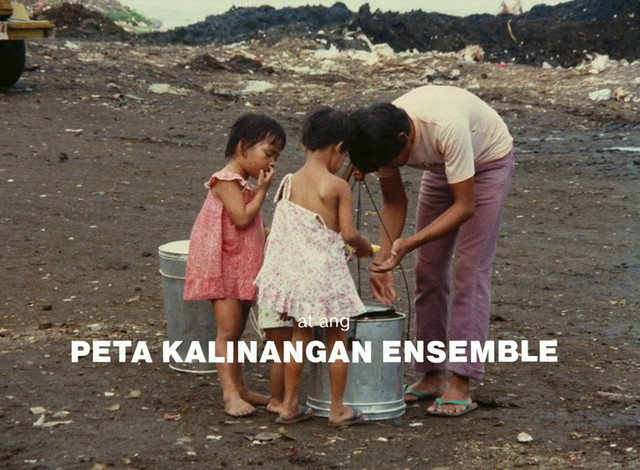 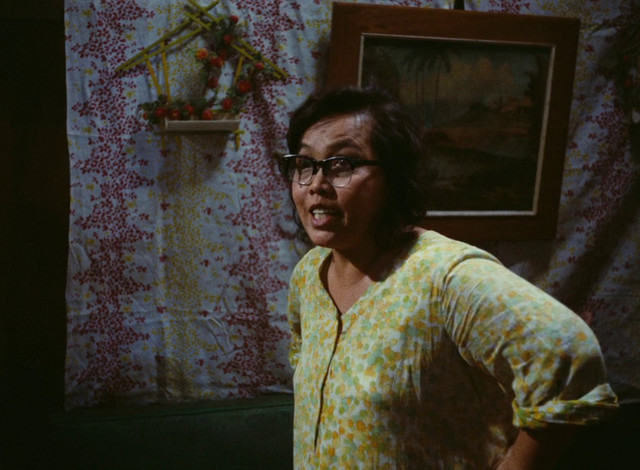 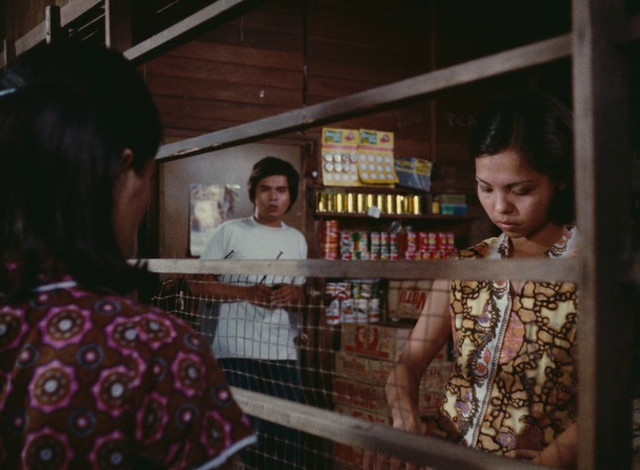 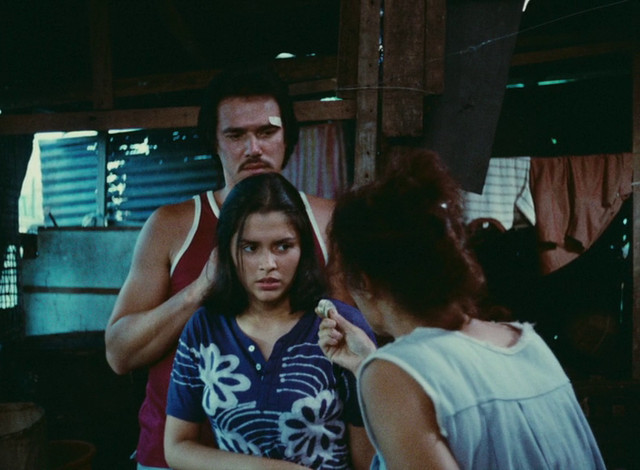 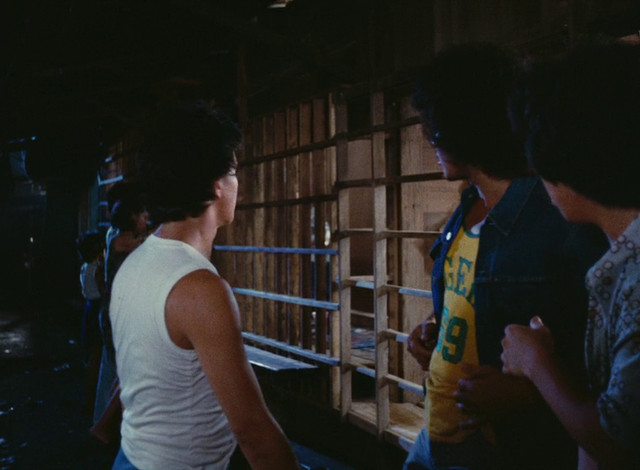 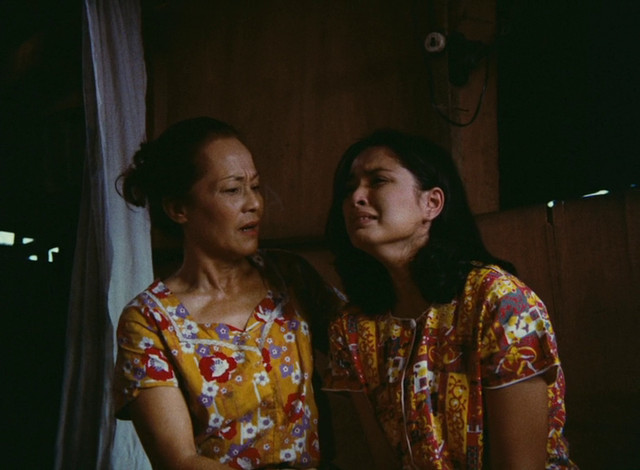 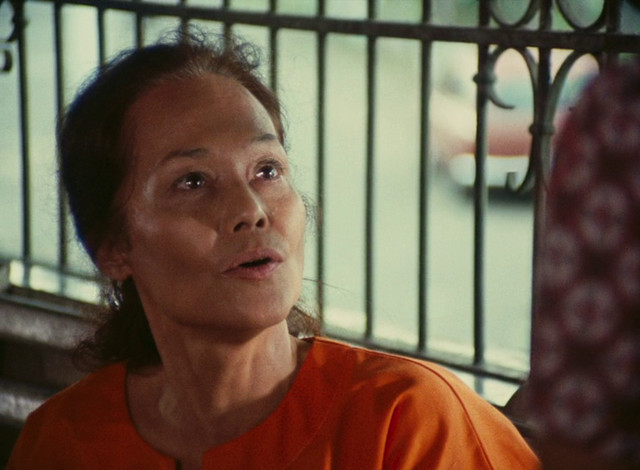 Quote:
The ever-haunting Insiang (1976) introduced its director, Lino Brocka, to the world stage when it showed at the 1978 Cannes Film Festival. Brocka had begun his career in 1970 making commercial genre films—domestic melodramas about marital infidelity as well as action pictures and comedies. But wanting to create independent movies that addressed more problematic aspects of Philippine reality, he shifted direction in 1975, with Manila in the Claws of Light, a powerful, dark, and sprawling film about country youth who come to the city, only to be ground down by urban poverty. (It was this movie that inspired Lav Diaz, today’s most prominent Filipino director—and one also given to telling expansive stories—to become a filmmaker.) The next year, Brocka made the equally provocative Insiang, which succeeded more fully than its predecessor by narrowing its focus and concentrating on one protagonist and one city neighborhood.

With these two films, Brocka joined a generation of filmmakers (including Ishmael Bernal, Mike De Leon, Kidlat Tahimik, and Mario O’Hara) whose aim was to wrench Philippine cinema from the slick commercial and soft-porn product it had come to be known for, and to move it in a more personal, socially progressive, and artistically challenging direction. Of these New Wave–like innovators, who brought about what came to be known as the “Second Golden Age”—the first was right after World War II—Brocka was the most internationally visible. He went on to make some sixty-odd features, many dealing with taboo subjects such as injustice and torture under martial law, government corruption, murderous militias, and prejudice against gay people. Brocka, who also helped run an experimental theater troupe and directed for television, became a cultural hero of the protest movement against the dictator Ferdinand Marcos. It must be said that the artistic quality of his films varies widely, and that may explain why film preservationists and festival curators keep coming back to Insiang as Brocka’s one unassailably compelling masterwork. (Tragically, he died young in a car accident, which may or may not have been self-induced.)

Why Insiang? It came from a novel by Mario O’Hara, who also, with Lamberto E. Antonio, wrote the screenplay. A small film in some respects, it is also an uncanny, resonant blend of neorealism and melodrama. It opens documentary-fashion at a slaughterhouse, where pigs are being gutted, their blood gushing into water tanks, then surveys the jerry-built shacks of a slum abutting a river, with children playing in the dirt. Eventually, we pick out in the distance the heroine, Insiang, crossing a bridge. She (played by the Filipina screen goddess Hilda Koronel) is extraordinarily lovely, her beauty a counterweight to the shabbiness around her. She is also good and chaste; we see her vainly trying to keep peace in her squabbling household—her mother, Tonya, who sells fish in the market, is constantly haranguing the parasitic unemployed relatives camped out in her house. These bickering ensemble scenes have a remarkable vitality, the camera framing shots of dense overlapping figures crossing and colliding. Tonya, played indelibly by the veteran actor Mona Lisa, is a shrewish, bitter woman whose husband, Insiang’s father, deserted her for a mistress. In short order, she kicks out her husband’s relatives so that she can install a much younger male, the hunky, macho slaughterhouse worker Dado. She is relentlessly cruel to Insiang, associating the girl with her straying husband, and envious of the younger woman’s beauty. As Insiang says in a matter-of-fact understatement, “I feel no affection from her anymore.” Dado, no surprise, is more drawn to Insiang than to her aging mother. Thus a triangle is set up that can lead only to disaster.

The cinematic style is rough and ready: the film was shot in seven days, and usually only one take sufficed. The talented cameraman, Conrado Baltazar, employed frequent zooms and pans to keep up with the jittery action. You come to know well the interior of that shack: the kitchen, the dining table, the toilet, everything out in the open. (In one shot, Insiang is cooking on the stove while her mother squats nearby, taking a piss.) Brocka often commandeered actors from his theatrical troupe, the PETA Kalinangan Ensemble, to be in his films, and one senses that he was more concerned with staging the action as a theater director might, and getting the best possible performances out of the cast, than with devising an elaborate mise-en-scène for the camera. Indeed, Pierre Rissient, the extraordinary scout who first brought Insiang to Cannes and helped produce several of the filmmaker’s later films, has confirmed that Brocka knew nothing about lenses, leaving those decisions to the cameraman. In certain respects, Brocka resembled Rainer Werner Fassbinder: both had theater troupes; both worked quickly and were inordinately prolific; both were gay and put forward a harsh vision of the strong preying on the weak.

In Insiang, the laws of physical attraction trump any ethical considerations. The two men who take sexual advantage of Insiang conveniently excuse their rapacity by saying that they are only men—in effect, animals—and can’t help themselves. Insiang’s muscular, feckless mechanic boyfriend Bebot (Rez Cortez) is shown shirtless throughout, while Dado (Ruel Vernal) recalls Marlon Brando’s Stanley Kowalski, pouncing on every female in the household. It does not take much to imagine a gay storyteller like Brocka projecting his own fascination with the handsome, cruelly exploitative Dado. Tall, mustachioed, with a tattoo on his chest, Dado dominates the smaller Bebot, taunting the other man by fingering his earring and questioning his masculinity. Dado may be a lout, but by the end it does seem that he genuinely loves Insiang. It is Insiang, initially pure and virtuous, who turns out to be the monster, bent as she is on revenge.

Much of the film’s lure derives from the way the main character keeps revealing unexpected aspects of herself. Insiang surprises us initially when she declares her hope of getting married to the boyish, immature Bebot (she deserves so much better!), and then she startles us with the boldness of her declaration that she hates her mother. If in the first half she seems an innocent, wanting only to be rescued from a sordid situation, in the second half she becomes more calculating, having learned to use her sensual power over men. This change corresponds to an alteration in the film’s pace and tone, as it slows down to savor the moment. There is the prolonged, awkward scene where Bebot starts to pay for a room in a hot-sheet hotel and then turns to Insiang for the money when he comes up short. There are slow night scenes where we glimpse Insiang behind a mosquito net, dimly lit, suggesting the awakening of her sexuality, side by side with her disgust. These scenes plunge us into a dreamlike mood, almost surreal, reminiscent of the way Luis Buñuel incorporated dreams into his neorealistic portrait of slum dwellers in Los olvidados (1950). There is also an undercutting of realism in the many scenes that end with a zoom onto Insiang’s expressive but inscrutable face, like the close-ups in a cheesy television soap opera, while the same limited musical refrain churns in the background and then is abruptly chopped off. It is hard to say what part of this is crude filmmaking and what part a conscious stylistic device, meant to draw us further into an oneiric, meditative space.

In the background is a third suitor for Insiang’s hand, Nanding, a serious, studious boy—and, of course, she barely notices him. He is the one who keeps telling her she must “leave this place,” as he has every expectation of doing. This idea of escaping the shantytown is articulated repeatedly by different speakers, but the film casts a claustrophobic net over the barrio, and will not permit them or us to exit the premises. The ending (without giving it away) is very strong, and forces us to reinterpret all that has gone before: now we are invited to see it as a thwarted mother-daughter love story. Each is encaged separately in her own pride and anger.

The film’s psychology is intricate and subtle. Still, it is the tactility of desire and matter that leaves the deepest impression. The press of flesh on flesh, the tropical heat and sweat, the water dripping from the faucet to drown out the sounds of sex, the smell of fish that Tonya tries to get rid of before her pig-butcher lover comes home . . . Most of all, there is the physicality of the barrio in all its gritty concreteness. Insiang may not be as explicitly political as many of Brocka’s later movies, but it insinuates a clear politics about the urban poor, merely by depicting their living conditions. This Philippine reality was one Marcos would have definitely not wanted the world to see. At the same time, these slum dwellers are never presented as mere victims; they possess agency and enormous, if spiteful, vitality and a willingness to engage with each other, inflicting pain or tenderness as the situation arises. “Just put up with it,” Insiang advises a recipient of her mother’s tongue-lashing early on, but stoicism is finally not an option. Rarely has fate been more convincingly orchestrated.

Phillip Lopate’s latest book is A Mother’s Tale. He has written extensively on the movies for Criterion, Film Comment, Cineaste, and the New York Times and is a professor at Columbia University.