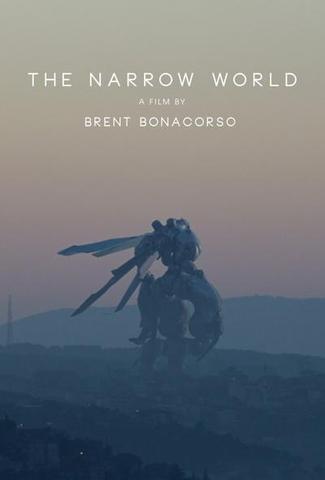 Review:
The Narrow World follows a group of scientists as they try to unravel the enigma of the alien’s purpose. That setup may have the sound of a schlocky ‘alien invasion’ film – the sort where evil E.T.s are out to destroy Earth and an all out battle for the future of humanity must ensue – but surfaces can be deceiving. Bonacorso subverts the film’s familiar setup by positing his invader as a passive observer. His alien doesn’t attack Earth. Nor does it communicate in any way, shape or form. In fact, it doesn’t do much of anything but walk and watch.

The creature’s seeming indifference to mankind then leads to much bigger questions. It’s the film’s questions and characters then that transform The Narrow World‘s narrative from a silly ‘alien invasion’ drama into an intimate character study. That narrative unfolds in a pseudo-documentary style that radiates with authenticity while balancing the film’s stark human drama with its bold CGI spectacle.

And make no mistake, The Narrow World will not disappoint when it comes to spectacle. Few sci-fi shorts look as real or feel as complete as The Narrow World. Even fewer characters feel as authentic. Bonacorso’s vivid, observant screenplay focuses those elements into a singular cinematic vision. The Narrow World has the look of a blockbuster and the heart of an indie drama. That Bonacorso finds balance in the film’s dueling personas is the director’s greatest achievement.

Like the best science fiction stories, The Narrow World demands that we look inward to understand outward anomalies. And like the best sci-fi stories, it offers no easy explanation for what’s in there. Even if Bonacorso loses a little of that focus in the film’s twisty finale, The Narrow World remains a compelling bit of cerebral science fiction that’s more than worthy of exploration. And it’s one that proves just as rewarding upon second viewing.