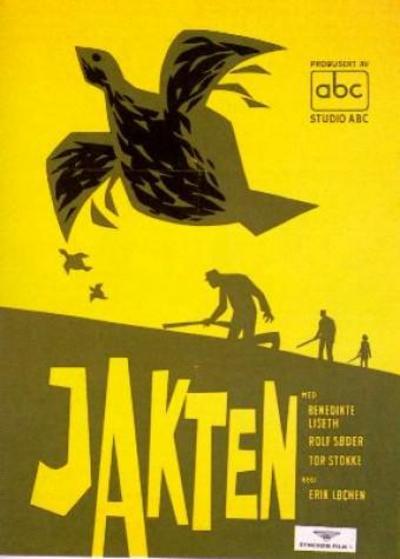 Synopsis:
This is a film about the eternal triangle – two men – one woman. Bjørn is married to Guri and Knut is their mutual friend. Knut is the younger, dominated by his strong friend. They leave for a hunting-trip in the autumn and the drama develops between them – they shall fight about Guri. 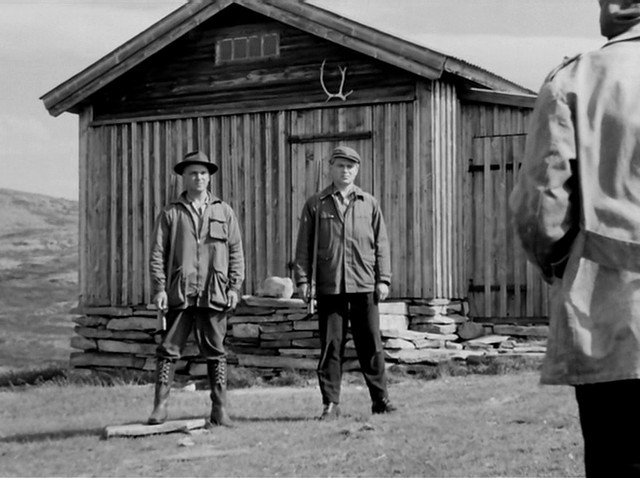 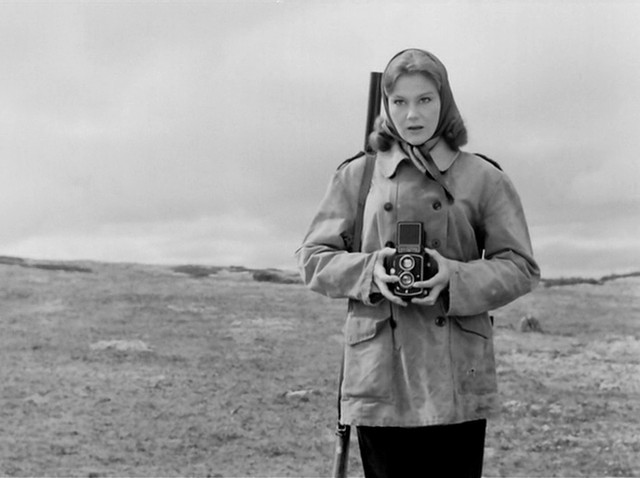 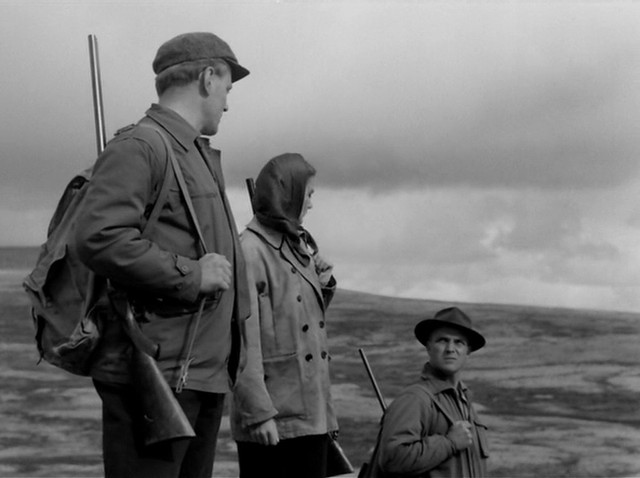 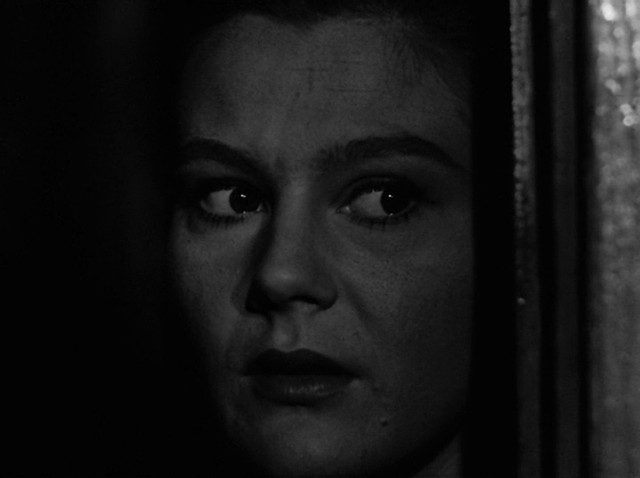 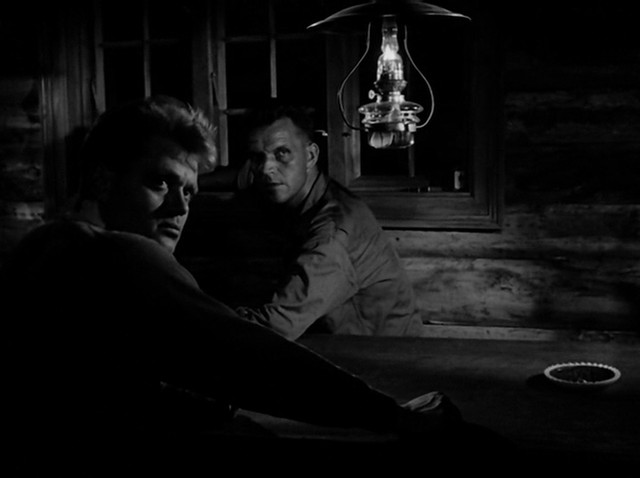 Review:
Favorably recalling the experimental narrative strategies of Alain Robbe-Grillet, Erik Lochen’s remarkably light and agile, yet ingeniously constructed and elegantly realized film, The Hunt similarly plays on the author’s recurring themes of memory, atemporality, and psychological reality. Prefiguring Alain Resnais’ collaborative film with Robbe-Grillet, Last Year at Marienbad (the film was made in the same year as Resnais’ collaborative film with another nouvelle roman author, Marguerite Duras, Hiroshima mon amour), the film opens with a shot of a covered body on a gurney being loaded into the coroner’s van accompanied by an off-screen narrator’s explanation of what appears to have been a shooting accident during a hunting trip. The fourth wall is broken, and the film proceeds in flashback as the narrator begins to interrogate each hunter on the circumstances surrounding the incident – a beautiful woman named Guri (Benedikte Liseth), her husband Bjørn (Rolf Søder), and her spurned (or perhaps, current) lover, Bjørn’s best friend, Knut (Tor Stokk) – filling in the details of their complicated shared history in alternating narrative turns, the reality of the nature of their shared intimacy tempered by individual perception (or perhaps, by a sense of guilt or complicity in the tragedy) and fractured by the altered perspective that invariably comes with each change of speaker. The inscrutable trio’s informal testimonies begin to organically diverge, veer off in stream-of-consciousness tangents, be willfully suppressed, entangled in fanciful imagination, or become occluded in the haze of imperfect memory and subsumed desire, collapsing the planes of memory and imagination to a singularity where truth becomes malleable, and reality itself becomes as ephemeral as a waking dream. 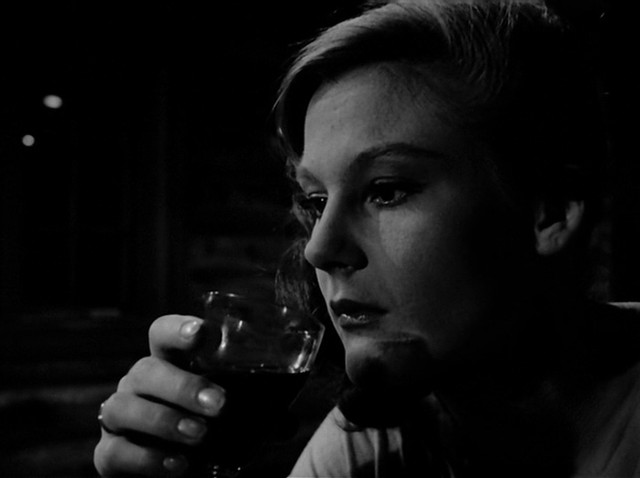 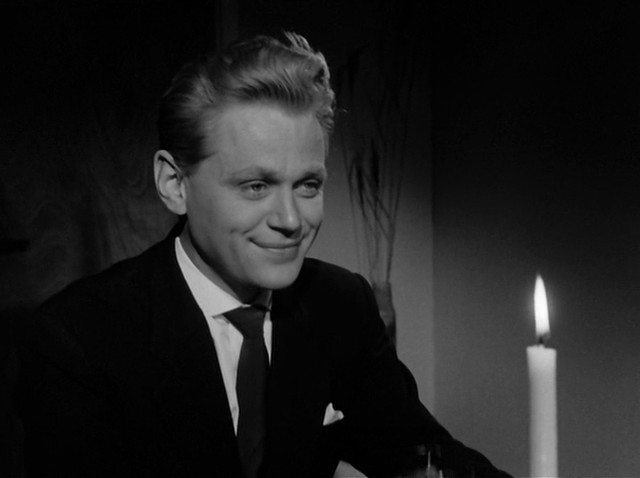 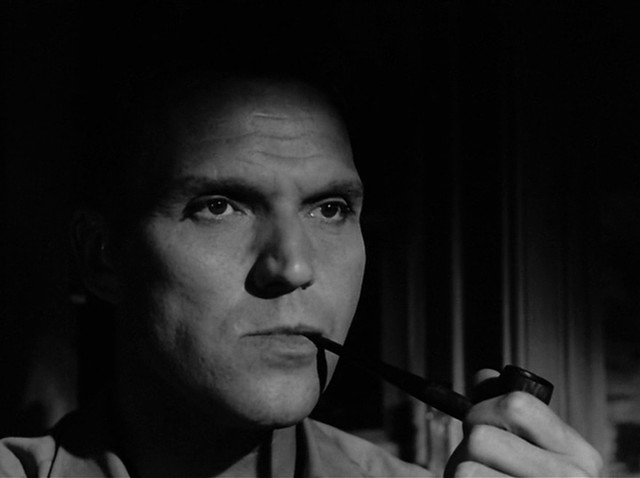 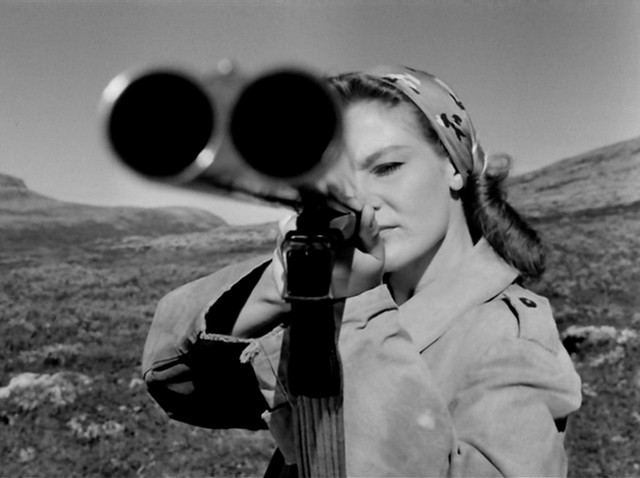 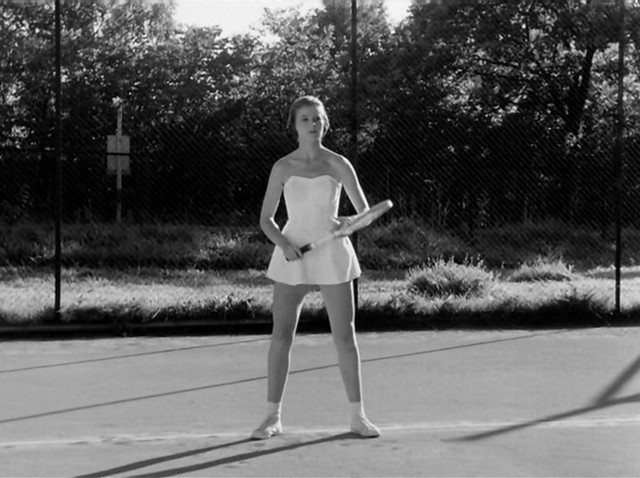 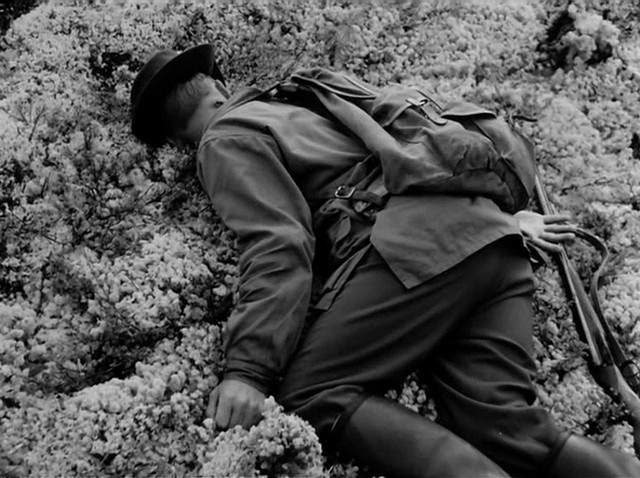