Quote:
A City Of Sadness opens with a credit sequence-shot of total darkness as the solemn voice of Emperor Hirohito is heard over a radio broadcast announcing the unconditional surrender of Japan on August 15, 1945. The setting is then faintly illuminated by the warm glow of candles to reveal an anxious Taiwanese household that is preparing for the imminent birth of a child in the midst of a power failure. As the electricity is restored, the audible agony of the expectant mother gives way to the sound of a crying infant. The apparent metaphor is then reinforced in the subsequent intertitles that reveal that the concubine of Lin Wen-heung (Chen Sown-yung) had given birth to a son whom they name Kang-ming, meaning ‘light.’ However, as the film chronicles the lives of the Lin family during the turbulent four years between the Japanese withdrawal from Taiwan after 51 years of occupation in 1945, to the secession of Taiwan from mainland China in 1949, the hopeful and optimistic tone of the film’s introductory sequence seemingly proves untenable.

Released in the wake of the Tiananmen Square government crackdown on pro-democracy demonstrators in Beijing during the summer of 1989, the contemporary relevance of A City of Sadness appeared destined to be inextricably connected to a greater encompassing ethnographic phenomenon of a collective Chinese experience, an ingrained cultural bond from which Taiwan has grown increasingly estranged through years of foreign occupation and isolation from the mainland. It is this resigned sentiment of irrevocable separation that is reflected in the film’s sustained elegiac tone, observed by Bérénice Reynaud in her comment: “Overall, A City [Of Sadness] defines a vertiginous elliptical arc, which goes from one feeling of loss – the loss of Taiwan by the Japanese – to another – the loss of the mainland by the Kuomintang.” (1) Consequently, until the release of the film in 1989 (winning the Golden Lion at the 46th annual Venice International Film Festival on September 15, 1989), the difficult reality behind the evolution of a Taiwanese national identity that was inherently unique and culturally separate from the plight of mainland Chinese in the latter half of the 20th century was not a subject that was easily discussed or emotionally accepted.

A City of SadnessIn 1947, the governing Chinese Nationalist Party, the Kuomintang, instituted a sweeping martial law in Taiwan aimed at suppressing leftist agitation that would remain in effect for 40 years. It was only through its repeal in 1987 that Hou – a transplant from mainland China who did not have first-hand experience with the sorrowful events depicted in the film – would be able to conduct research into the once-taboo, ‘hidden’ history of Taiwan that culminated in the defining ‘incident’ of February 28, 1947 leading to the institution of martial law. However, rather than present the watershed event (which, at the time, was still a politically sensitive subject) directly, Hou incorporates a series of narrative ellipses that obliquely interweave the apolitical Lin family with the seemingly peripheral catalytic episode that, in the uncertain and divisive socio-economic landscape of post-war Taiwan, led to the incalculable human tragedy. After Wen-leung (Jack Kao) delivers a fruit basket to the staff nurse Hinomi (Xin Shufen) as a token of gratitude for her care and assistance during his extended hospital confinement, he is briefly shown among a group of apprehensive, curious onlookers during a police investigation, as a barefooted corpse lies covered in a nearby open field. The following scene shows Hinomi’s brother, Hinoe (Wu Yifang) and his radical intellectual friends discussing the incident that Wen-Leung has witnessed, inciting them to participate in a protest that would come to be known as the February 28 uprising: the beating to death of a local street peddler at the hands of mainland authorities for selling contraband cigarettes that were smuggled into the country by other mainland officials.

It is important to note that the nationalist Kuomintang, having retreated to Taiwan after being driven out of mainland China by the Communists, sought to make the island a strategic outpost, and started a brutal campaign of suppression that, in effect, forcibly conscripted the Taiwanese into the party’s ultimately failed struggle to recover the mainland. It is this endemic and protracted history of imposed governance, lack of self-determination, and treatment of the native Taiwanese as second-class citizens in their own homeland that is innately reflected, not only in the nationally pivotal tragedy of the cigarette peddler’s senseless death, but also personally (and intimately) in the Lin brothers’ helplessness in defining the course of their individual and collective destinies.

The eldest brother, Wen-heung, is a proactive small business owner who finds his livelihood repeatedly undermined by shifting (and often undefined) government policies and interfering, politically connected Shanghai gangsters. The second brother, Wen-leung, is shown in a state of mental incapacitation throughout most of the film, literally unable to control even his own faculties: initially as a shell-shocked soldier recuperating in the Miner’s Hospital, and subsequently as a physically tortured, brain-damaged prisoner whose release was only secured after his older brother’s indirect bribery of mainland officials (episodically shown through a convoluted, brokered communication that also underscores the linguistic estrangement of the Taiwanese from the mainland Chinese). The third brother, a diligent physician named Wen-sun, is missing in action in the Philippines – the reductive evidence of his transitory existence quietly observed through his family’s reinforcing, ritualistic disinfection of his disused clinic. Even the youngest brother, Wen-ching (Tony Leung Chiu-wai), a deaf photographer spared from military service, falls victim to the prevailing chaos when his inability to speak is mistaken by rebels as an evasive indication that he is a mainlander. In essence, when Wen-leung coincidentally appears at the site of the cigarette peddler’s death that indirectly led to the February 28 massacre, Hou not only illustrates the island’s repeated pattern of subjugation under the rule of occupying ‘outsiders,’ but more importantly, creates an understated, yet powerful metaphor for the plight of the Taiwanese as perennial, impotent witnesses to the shaping of their own history and eventual fate.

By presenting the tragic consequences that resulted from the mainland authorities’ ever-escalating pattern of abuse of power, A City of Sadness compassionately articulates the suppressed, silent despair of a people repeatedly victimised as they search for inclusion and cultural identification. Through the film’s pervasively alienated perspective, Hou reflects contemporary Taiwan’s vestigial legacy of demoralisation, abandonment, isolation, and betrayal at the politically motivated hands of intrusive external forces. In the end, it is only through this distanced objectivity and sentimental disconnection that the life-affirming opening sequence of Kang-ming’s birth may be seen, not as an ironic metaphor for the island’s doomed post-war reunification with mainland China, but as Taiwan’s emotionally painful and traumatic – but ultimately, viably essential – severing of its deeply rooted ancestral bond with the motherland. 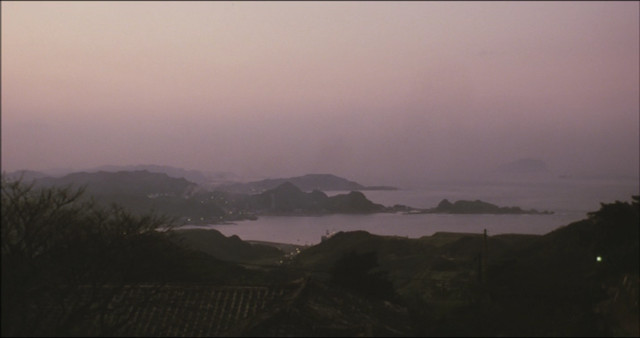 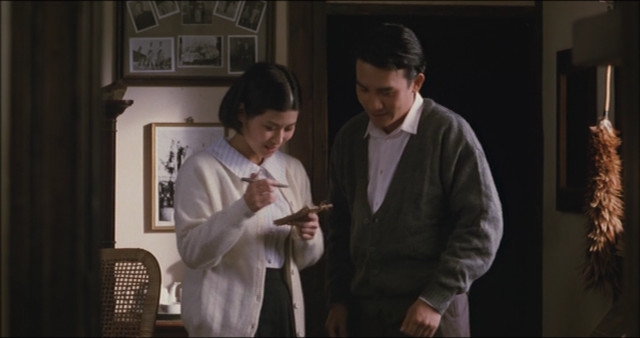 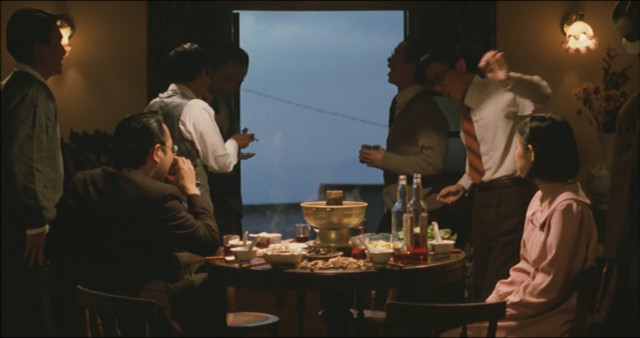 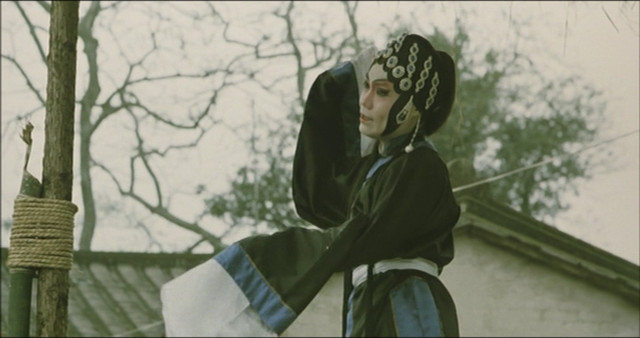 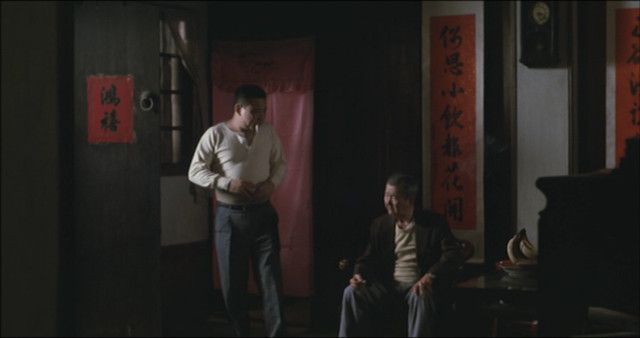 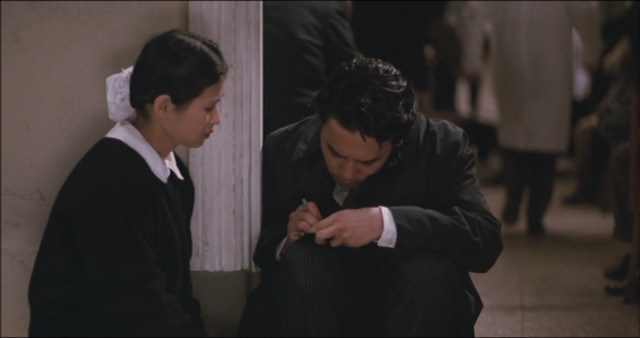 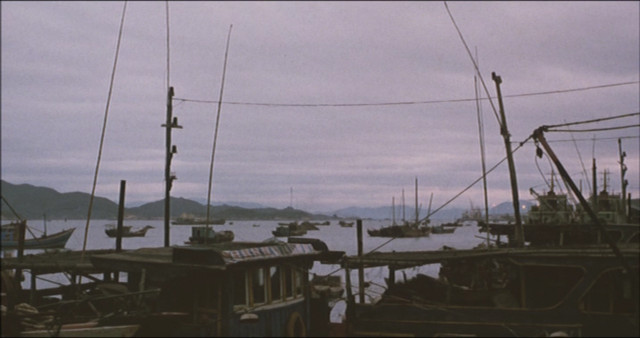 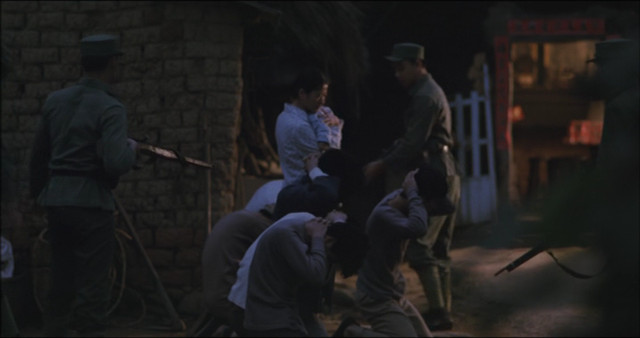