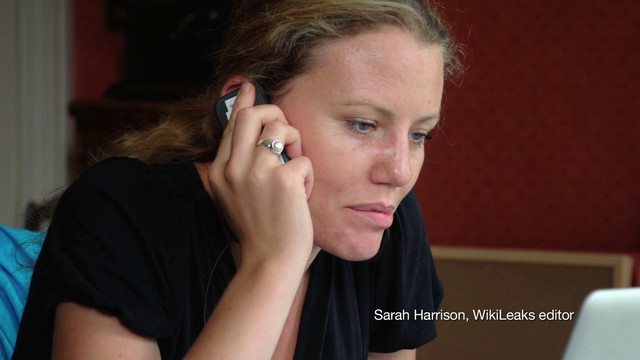 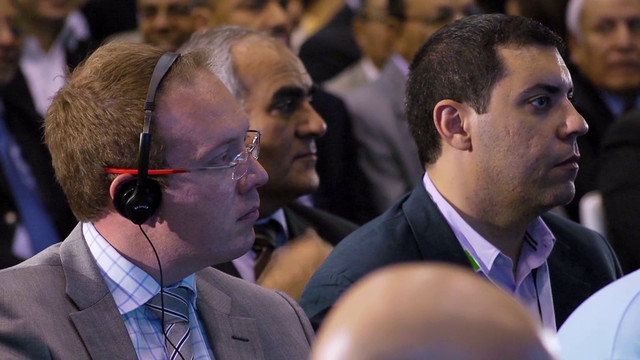 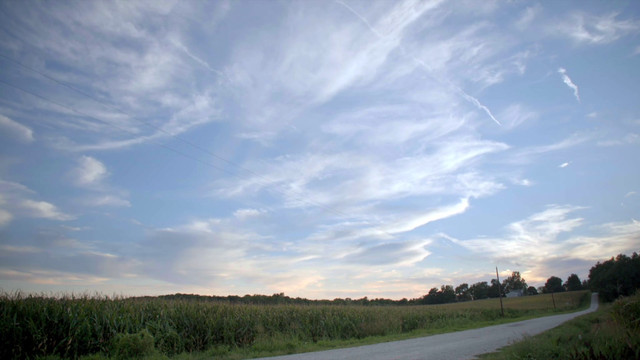 Quote:
I like to think that the premiere of Risk started with a small, covert call to resistance. Normally before Directors’ Fortnight screenings in Cannes, a warm, anodyne female voice asks everyone to turn their phones off. But Risk, Laura Poitras’s latest documentary about state surveillance and repressive governments (the US and the UK included), was preceded by an extra unusual announcement. “It is totally forbidden to record any part of this screening,” boomed a man’s voice across the theatre.

Risk appropriately starts with the most recognisable but also archaic symbol of surveillance, a human eye, getting up close and personal with Julian Assange as he inserts a contact lens. Yet Risk is not a portrait just of Assange but of WikiLeaks, the world-wide, volunteer-led media organisation dedicated, as its technologist Jacob Applebaum puts it in the film, to “freedom of speech and reading”.

Risk charts two years of WikiLeaks rebellions. It follows Assange’s journey from roomy Norfolk residence during Cablegate in 2010 to sunless Ecuadorian embassy in 2012 helping Snowden to evade US extradition. It’s punctuated with footage of other WikiLeaks workers, particularly Assange’s deputy, Sarah Harrison, as she works closely with him, and Applebaum and his crusade against draconian web surveillance, both state and corporate.

It’s not as focused or as intense as Citizenfour, Poitras’s Oscar-winning last. Where that film had the constant, real-life thrill of being holed up with Snowden, Risk has the occasional tense scene like watching Assange disguise himself as a biker to flee to the Ecuador Embassy.

But Poitras has again secured a coup of access. Her portrait is pieced together from what must be a staggering amount of observational footage: of car journeys, phone calls, protests; outside courts; conversations between WikiLeakers and journalists; classes on security and confrontations with shady corporate software companies. Rumour has it that Poitras was editing the film up to two days before the Cannes premiere.

Is it a problem that she is a close sympathiser? WikiLeaks’ mission to “discover, collect, release and put into peoples’ minds” documents, files and data of all kind is one that Poitras shares, as demonstrated by her recent exhibition at New York’s Whitney Museum, inspired by the Edward Snowden archives. There, in the most potent display, visitors peered through ominous spy-holes in the wall to read and watch US government-incriminating documents and films. Two of Poitras’s previous docs have followed truth-sayers she clearly respects: the Iraqi doctor Riyadh al-Adhadh in My Country, My Country (2005), and whistleblower Snowden in Citizenfour. Risk positions WikiLeaks as a media outlet with an integrity sorely lacking from most of the mainstream media.

True, the film doesn’t present itself as a ‘balanced’ piece of journalism. No voice is given to critics of the organisation. It doesn’t show schisms or serious disagreements in WikiLeaks’ ranks, or problems with its erstwhile collaborators. The film makes a overwhelming case for Assange as a political prisoner (and the Cannes screening was seized upon an opportunity to protest his four-year incarceration. Free Assange signs abounded).

But Poitras doesn’t yield to hagiography. An absurd, funny interview between Lady Gaga and Assange at the embassy neatly captures Assange as anything but normal, but also critiques his rebel persona as the pop icon makes him exchange his suit for a dirty T-shirt. At times Assange is insightful, canny and combative (as when he speaks on the phone to a White House lawyer).

Other moments expose his ego. There are a lot of scenes of him preening and dressing up. But the most damning footage centres on the allegations of rape that Assange faces in Sweden. The advice from his QC Helena Kennedy is not to paint the case as a “mad feminist conspiracy”. “Not publicly”, is his response, before he carries on to say that the women should drop the lawsuit before they are reviled by the world.

Formally, there are few risks taken in the film. But as in Citizenfour, the real world here looks strange – no more so than when Assange is chatting to a WikiLeaks lawyer in woods and hears something. The camera goes to investigate and there’s a paranoid, shaky pan around empty fields and bushes.

Later in the film there’s an even more eerie spectacle as Assange peers through net curtains in the embassy to watch police numbers swell outside. Throughout Risk we witness small acts of resistance by the WikiLeaks team. In one memorable scene Assange monitors the police guards on the embassy’s many CCTV feeds. He even notices a minute twitch of one policeman’s foot and determines he is listening to music.

The title Risk is an open-ended one: it refers to the risks that dissidents like Assange, Applebaum, Harrison and Poitras herself take to do their work. At the end of film Poitras rolls a recent FBI audio tape that condemns her as “a documentary filmmaker who is anti-US”. But the film also is about the risk of apathy. Applebaum, who is in self-imposed exile in Germany, reveals the scary might and scope of corporate surveillance. And ultimately that’s what makes Risk a vital protest film. – Isabel Stevens, Sight & Sound (22 May 2016)