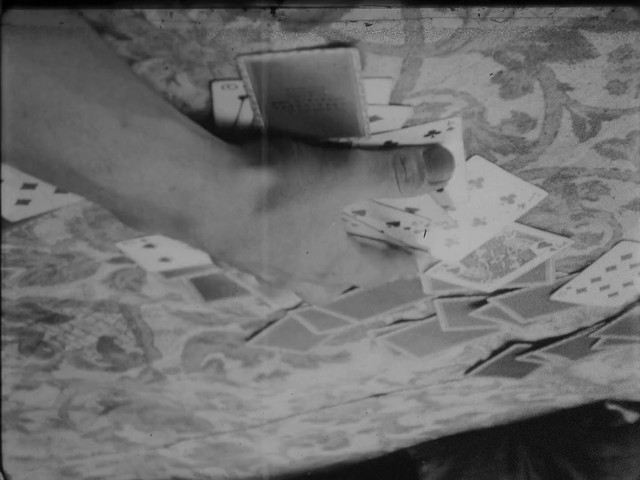 Quote:
San Francisco based filmmaker Lawrence Jordan’s 1954 short follows his hand, gesturing through a house of mirrors, cards and paintings of women. Shot in black-and-white and playfully incorporating direct animation, enhancing the photographed image by scratching and etching directly on the film. A woman reads Philip Lamantia’s poem (from which the film gets its title), a choice, which evokes masculine angst as the hand acts out the scenario of the poem. – Stela Jelincic 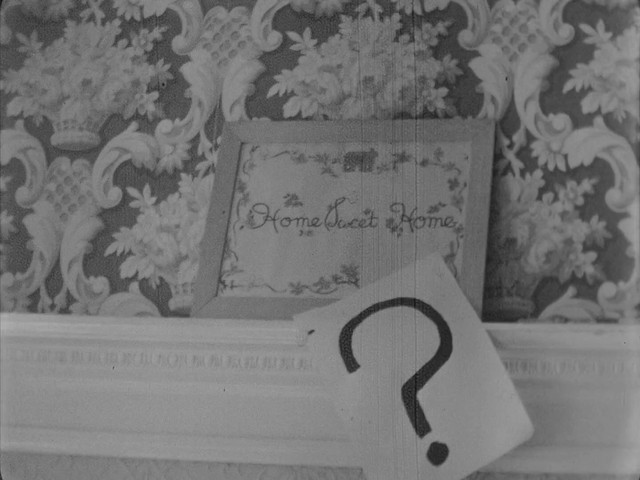 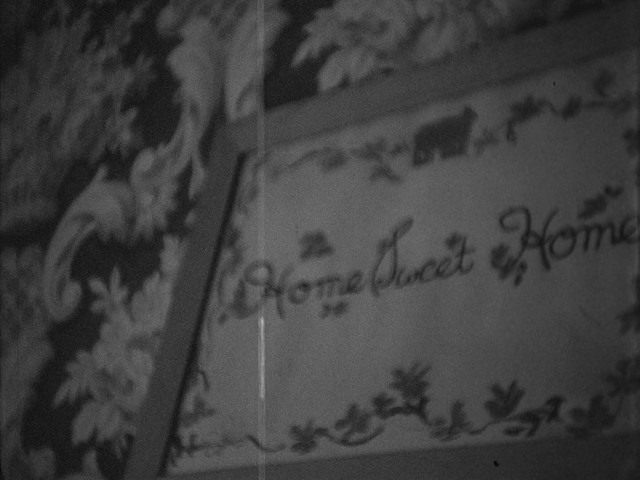 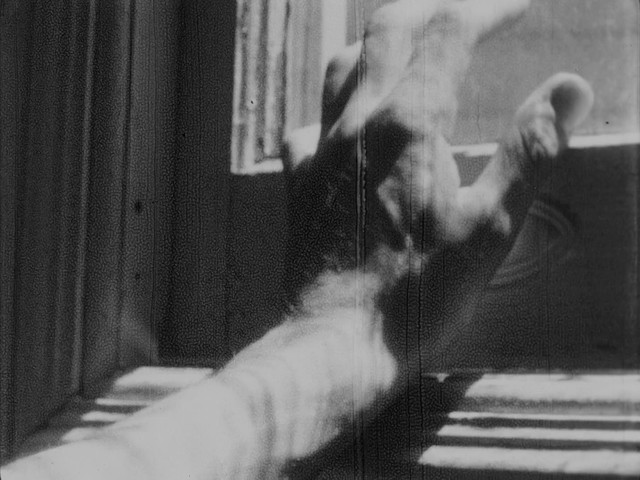 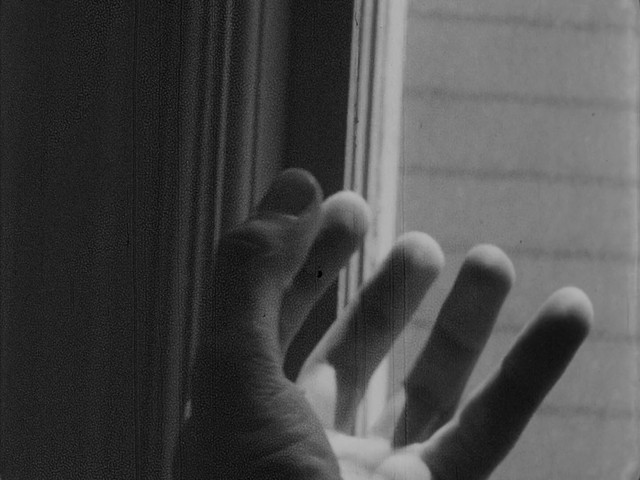 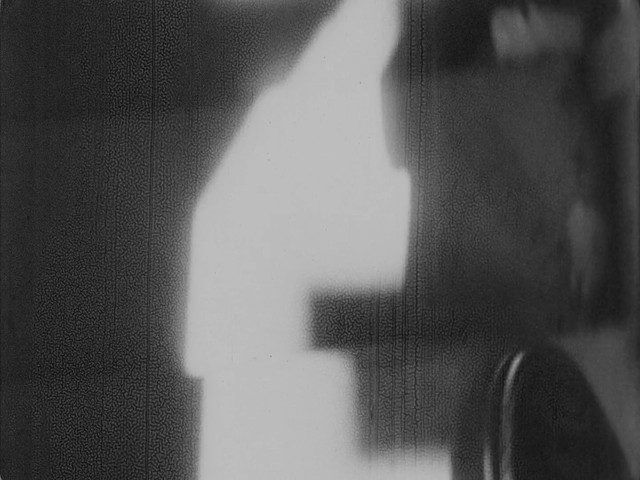