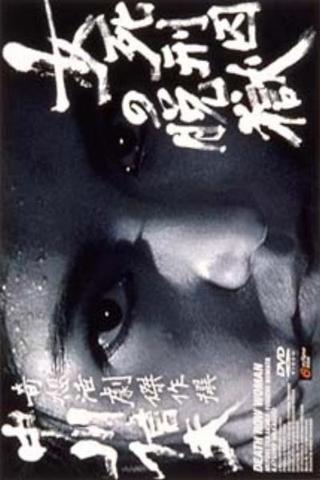 A Hitchcockian narrative and noirish atmosphere characterise this effective, taut thriller, made the same year as the director’s magnum opus, JIGOKU (Hell). Set in the present day, DEATH ROW WOMAN is at once a prison film, an innocent-man/woman-on-the-run story, a police procedural, and a family melodrama, that is equal parts Hitchcock, Samuel Fuller and Douglas Sirk.

Rich industrialist Imai wishes to marry his elder daughter Kyoko off to Aoki, who he sees as the ideal candidate to take over his business. Kyoko, however, prefers the rugged but poor Soichi to Aoki’s goody-two-shoes. That night, Kyoko decides to confront her father, refusing to marry Aoki and dropping the bombshell that she is pregnant with Soichi’s child. She is banned from the family, but seconds after she leaves the room, her father drops dead, poisoned. All evidence points toward Kyoko, who is sentenced to death despite her insistent claims that she is innocent. When she goes on the lam after a prison break, she realizes that in order to prove her innocence, she has to team up with the fiancé she rejected.