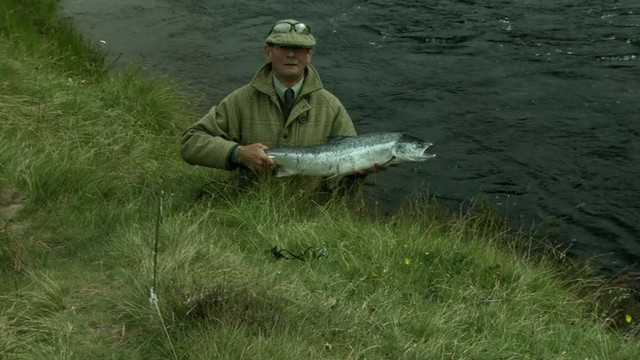 Quote/
“I read the obituaries in The New York Times first thing every day. I know I am not alone in this. It is a melancholy devotion, and slightly occult, and allows me to wander outside my own skin, and to wonder how a life’s essence can be captured in miniature, immortalized in a few words.

Ten years ago, I found the obituary of Megan Boyd:

From tiny strands of hair she made magic: the classis Scottish flies like the Jock Scott, Silver Doctor and Durham Ranger…

And the fly named after her, the Megan Boyd, a nifty blue and black number famous for attracting salmon at the height of summer, when the water is low, hot, and dead…”

Megan Boyd was not a pretty woman. She dressed like a man on top, wore a jacket and tie over a tweed skirt below. She cut her own hair. She did not fit in well with others, left school at an early age–and learned the craft of fly dressing from an old river warden who had her unravel finished flies and rewind them onto smaller and smaller hooks, over and over until she knew the patterns by heart. All she wanted to do, it seemed, was to make flies. They were everything she was not–seductive, graceful, pretty.

As an adult, she lived almost completely alone, in a small cottage staring out over
the North Sea, in far northern Scotland. She had no electricity, no running water or telephone. During the war years, she worked as a volunteer coast guard, scanning the dark waters at night from small concrete bunkers and listening to the blips of sonar. All she had, really was the constant spinning of her hands and the view from her window…like a cloistered maiden in a fairy tale, longing for something.

It is easy enough to conflate Megan’s endless staring with her waiting for the mighty Atlantic salmon, the king of fish, to make its way home from the sea. Salmon swim from the Brora and the Helmsdale, the two rivers that straddled Megan’s home, travel north and west and north again, past Iceland and Greenland, gorging themselves on krill, fighting of countless predators, and then return to the same river, the exact tributaries where they were born–an odyssey unto itself. And even more strangely, salmon do all their eating in the ocean and do not eat when they return to fresh water. They come back with a singular purpose: to find love, to mate.

What motive do they have to take a fly, to fall for the fisherman’s seduction?

Megan’s flies danced for the salmon–a hypnotic underwater ballet, gliding beneath the surface, changing costumes and feathers. With years of practice, her flies became more and more beautiful and beguiling. Though the patterns of the flies were familiar and available to fly-tiers everywhere, Megan’s flies were special, magical: as if she put life into them.

And if there was a secret to her art, some strange sorcery to it–she revealed it only in an off-hand comment to an apprentice: “You don’t make flies to catch the fish–you make the flies to catch the fisherman.” The phrase echoes a story from Scottish folklore, of the Undine — a water nymph who waits beneath the surface of the pools and eddies of the rivers, singing songs to attract men – unable to secure a human soul unless she can persuade a man to marry her.

As word of her talent spread, men began showing up at her doorstep as if they were her intended quarry all along: first local lads and handsome river guides, then the landed gentry and lords from London–and finally a prince, the Prince of Wales. She invited him in, had him sit in the rickety old chair by the window. Though their relationship was meant to be secret, to protect Charles from the prying eyes of the press, Megan seemed almost eager to let people know he had been to see her–or that she had rendezvoused with him at the dowdy hotel by the harbor.

She learned to dance–late in life–as if she expected to be asked. But Prince Charles married into another fairy tale. And when the Queen invited her to Buckingham Palace to award her the British Empire Medal – an incredible honor for a fly-tier, Megan declined, claiming she could find no one to watch her dog that night…

When one’s fantasies are stronger than reality, things have a way of unraveling. The exotic birds from which Megan drew her feathers became endangered and impossible to source. People began making flies out of beaver and boar bristle, flashy polyester and superglue – and they were strangely just as effective as the ancient patterns, as if the fish never cared about the artistry in the first place.

Megan never fished a day in her life; she hated the idea that her flies were used to kill fish–and yet she never stopped making them. Salmon stocks dropped precipitously, and the fish relied on the unpredictable benevolence of fishermen to release them back to the river. And after so many years working without electricity, Megan’s eyesight gradually disappeared. She could only make out shadows. The colors, the light, and the view of the sea–they all vanished.

All that remained was her imagination.” 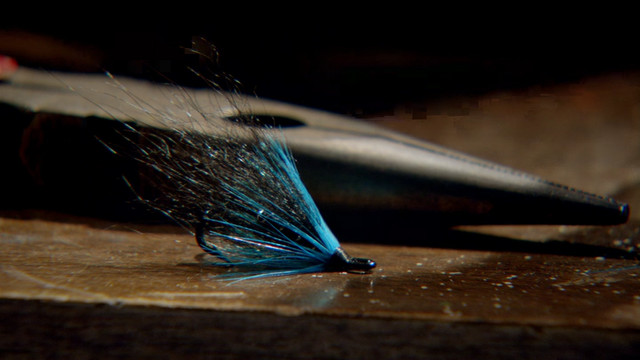 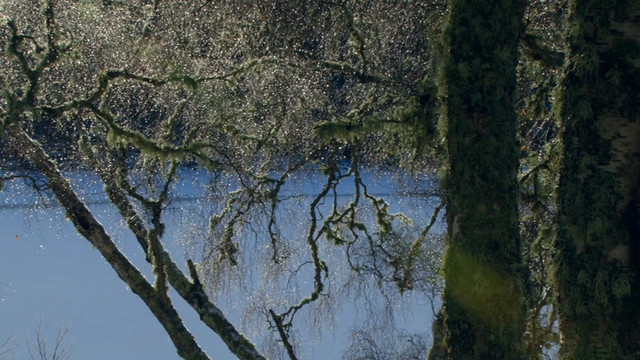 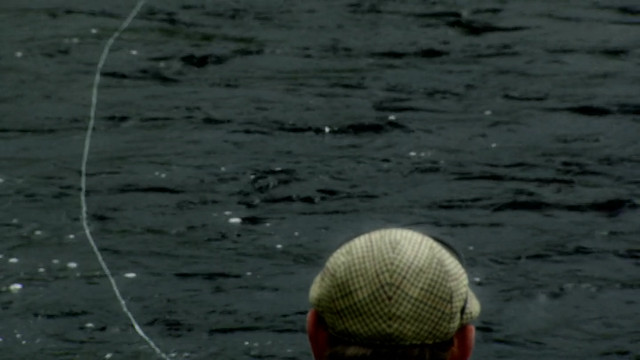 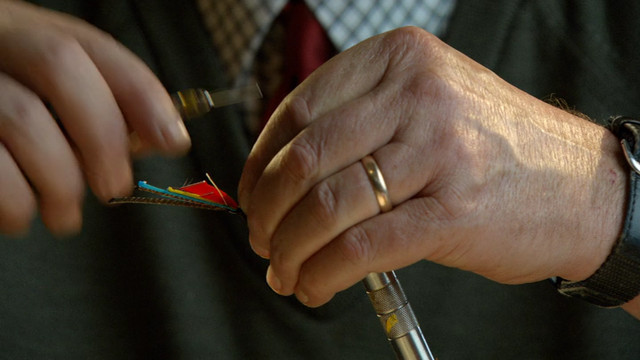 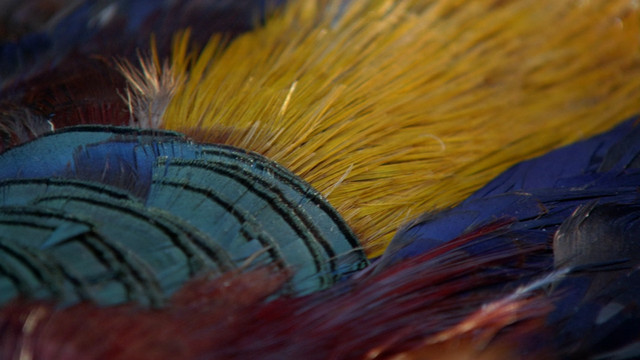