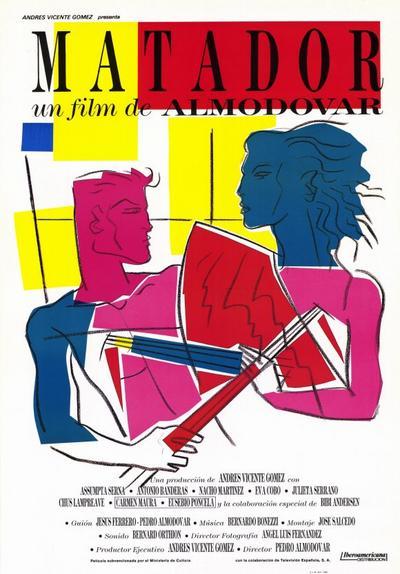 Quote:
A dashing former matador named Diego Montes (Nacho Martínez), prematurely retired after a career-ending injury, rehearses the principal tenets of the art of the kill at a converted classroom on his estate to a group of aspiring bullfighters, including an unlikely, hypersensitive student named Angel Giménez (Antonio Banderas). The training lecture then cuts to the image of a beautiful, enigmatic woman sitting on a park bench, María (Assumpta Serna) as she initiates contact with an anonymous man innocuously passing by, follows him back to an apartment, and, at the height of physical intimacy, stabs him with a long ornamental pin behind the nape of the neck – in the region between the shoulder blades defined in bullfighting as the cleft of the clods. The shot then cuts back to the training grounds as Angel, intrigued by (and undoubtedly, attracted to) his instructor, follows Diego back to the house for a drink of water, and soon grows anxious when the conversation exposes his inexperience with women. In retaliation, Angel attempts to prove his masculinity by stalking Diego’s lover – a young model named Eva (Eva Cobo) – in an impulsive act that culminates in an equally humiliating failed sexual assault. However, unable to be taken seriously by the police, Angel decides to confess to a series of murders after viewing the crime scene photographs on the commissioner’s (Eusebio Poncela) desk, and in the process, unwittingly unites the paths of the crippled, morbidly aroused Diego and the fatally seductive María.

Pedro Almodóvar creates a highly sensual, deliriously overripe, and stylistically audacious portrait of love, death, fate, and violence in Matador. From the opening shot of the iconic matador, Diego, deriving sexual gratification from watching a horror exploitation film, Almodóvar establishes the interrelation between sexuality and savagery: the parallel cutting of the bullfighting training with María’s precise and ritualistic murder; Angel’s validation of his masculinity through Eva’s attempted violation; Diego’s initial pursuit of María inside a movie theater as the tragic, final sequence from Duel in the Sun unfolds; Diego’s repeated playback of the his fateful goring, spotting María on video among the spectators. Almodóvar further uses environmental elements to underscore emotional state, from the idyllic clouds that precipitate Angel’s consuming, morbid visions, to the portentous inclement weather that punctuates his encounter with Eva, to the total eclipse that materializes during the final encounter. By articulating profound connection through instinctual aggression, Matador serves as a bold and provocative allegory for the self-destructive cultural legacy of machismo, bravura, and ritualistic violence. 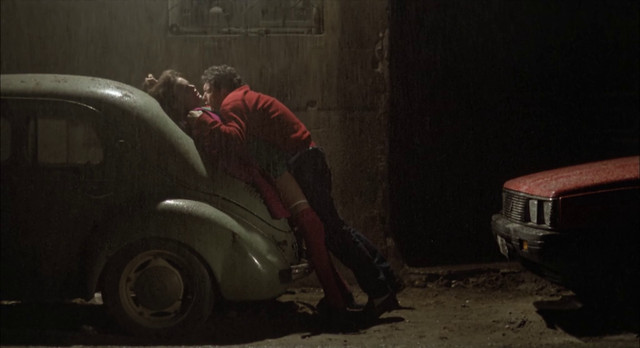 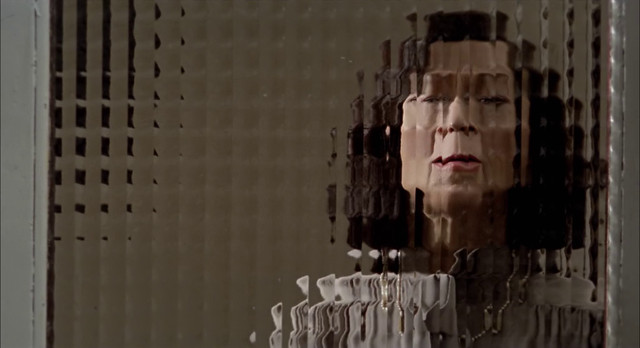 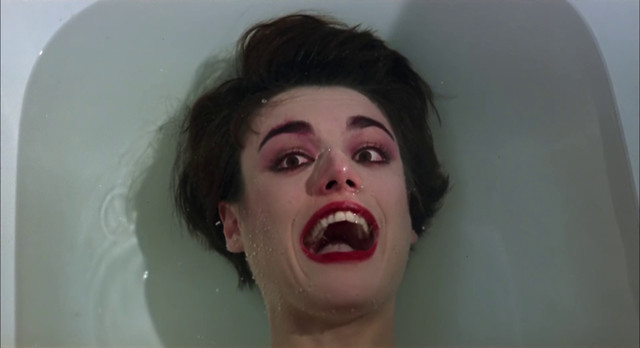 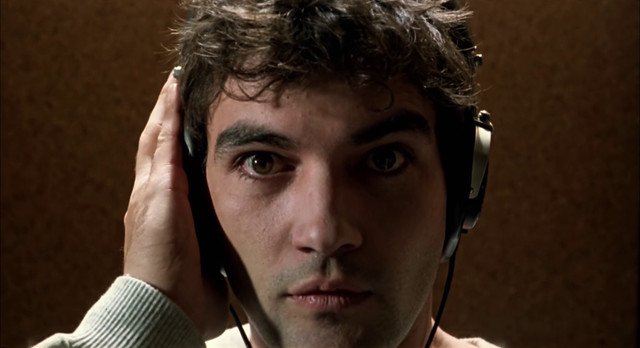 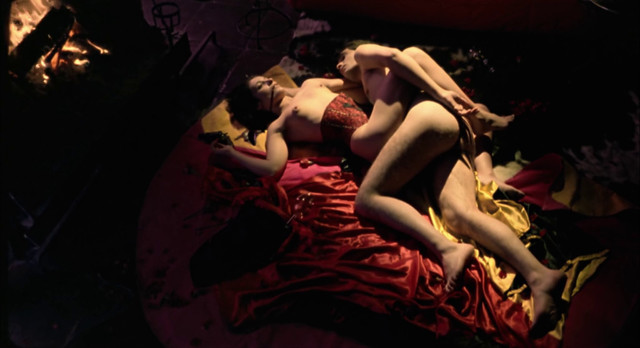