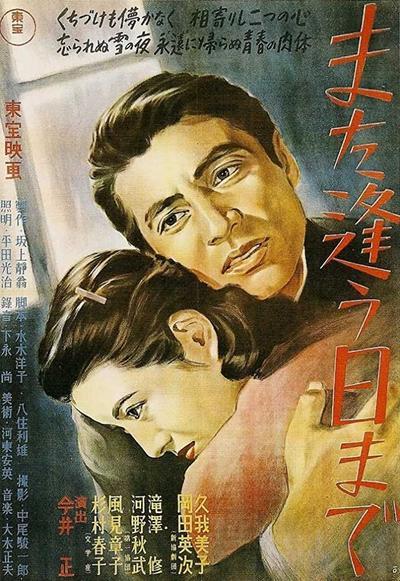 Saburo and Keiko fall in love with each other but the tide of the war separates them.

Review:
It’s a scene that would be cherished and preserved in the cinema’s pantheon of moments were it known; a simple scene – a young man saying goodbye to his girl at her home. They are trying to come to terms with the fact that the fates don’t seem to want to be together. He leaves, and she goes back to the living room and moves to the window to watch him go. Snow is falling steadily. She waits for him to look back, which he does about 10 yards or so away. He starts to come back and stops in front of the window. He’s positioned lower down than her, but after longingly staring at each other, and the camera showing us each of their anguished faces in turn, he stands on tip toe to pucker up his lips to the glass. She in turn motions her head down to meet his lips.

It’s one of cinema’s great kisses, all the more so because their lips don’t actually meet. One can imagine Leopoldo Trieste’s priest in Cinema Paradiso shaking his head, muttering “no” and shaking his little bell, and then seeing it again on Alfredo’s kissing montage. Sadly, Tadashi Imai is not viewed as one of the sacred Japanese directors in the west. No, he’s not Mizoguchi, Ozu, Kurosawa or Naruse, but he’s one of that select band who deserve to be mentioned in the same breath. He’s already represented here as I write by his later Bushido: Cruel Code of the Samurai, but the fifties was Imai’s richest period. His Muddy Water was once rated the best Japanese film of 1953 by Kinema Junpo (ahead of Tokyo Story and Ugetsu Monogatari!). And while their opinion may have cooled on that portmanteau film, Until We Meet Again still placed high in their Top 100 Japanese films a few years back, at no.30 the highest placed of the director’s films.

It’s set towards the end of World War II and told in flashback. Tajima is about to go for an appointment when he’s called away by an emergency – his dangerously ill sister-in-law – which means he’s unable to make his rendezvous. While at her bedside he looks back on how he first met aspiring artist Keiko, and how their slow-burning attraction led to interference from their respective families. He knows he’ll be called up for military service in six months, and following the death of his serving brother in an accident, he is doubly compelled to do his duty. But he secures Keiko’s promise that, on his last day before joining his company, she will meet him and sleep with him. It’s that rendezvous he’s leaving for when he gets the bad news about his sister-in-law, as well as receiving a telegram that he now has to report to his regiment a day early. Tajima goes to his sick relative, while Keiko waits at the appointed time and place.

The tone set from the first scene informs us that it will not end happily, for this is a eulogy for the youth of Japan, torn asunder by the conflict that, lest we forget, engulfed them from as early as 1936. With a suitably melancholy score and some exquisite photography and framing, it’s a textbook melodrama. Yet it’s the commitment and passion of the performances that really, to use the American parlance, hit it out of the park. Okada (later famous as the man in Woman of the Dunes) epitomises the idealistic folly of youth and he’s matched by the sadly overlooked Yoshiko Kuga (then only 19 and already well known following her work at 16 in Kurosawa’s Drunken Angel). While that kiss through the glass is their first kiss, they would have others; desperate, clinging, passionate clinches that nearly end up in consummation. But that would give the audience as well as the characters fulfilment that so few enjoyed at the time. It’s appropriate then that, in its epilogue, in which Haruko Sugimura breaks your heart in only a couple of sentences, it fades out with a pull back from a portrait, an effective shrine to the youth of Japan. 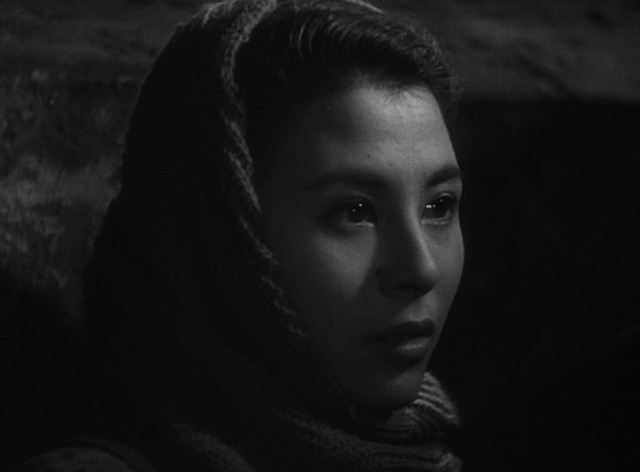 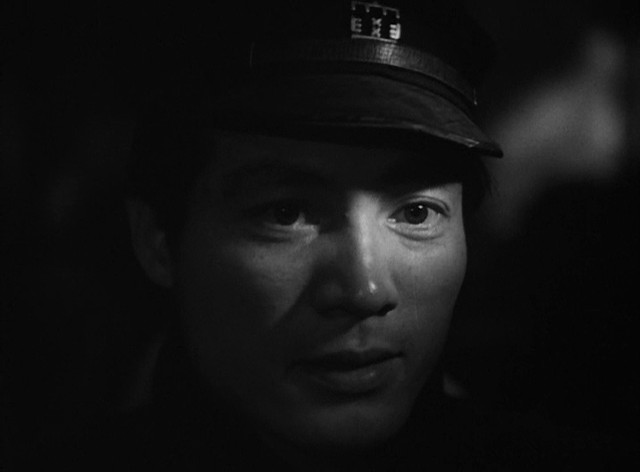 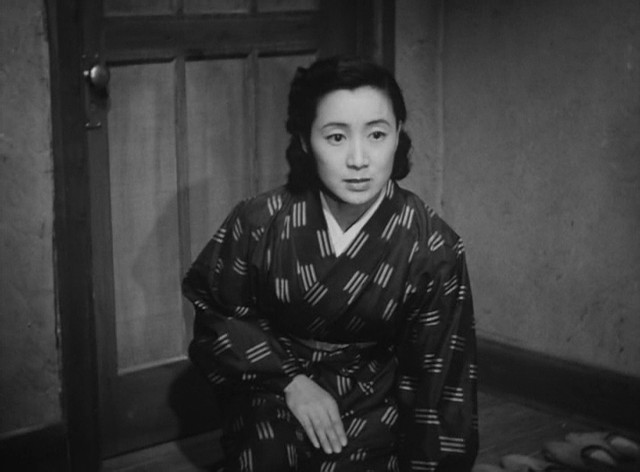 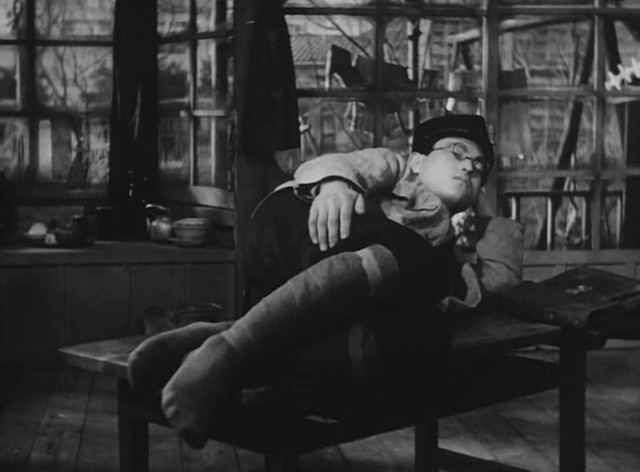 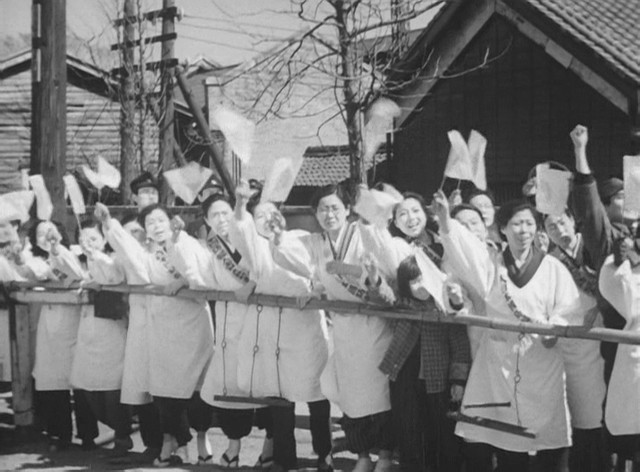 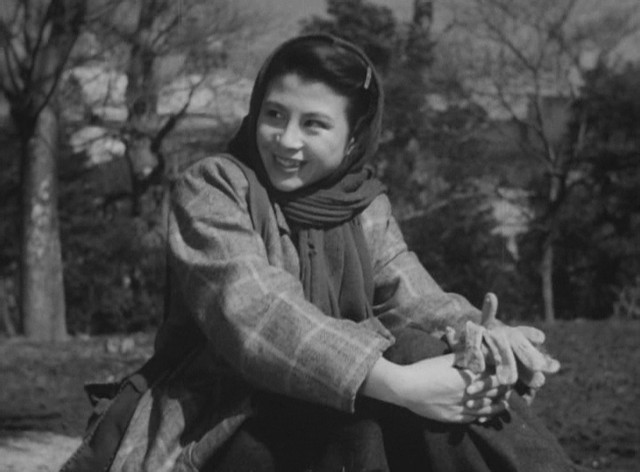 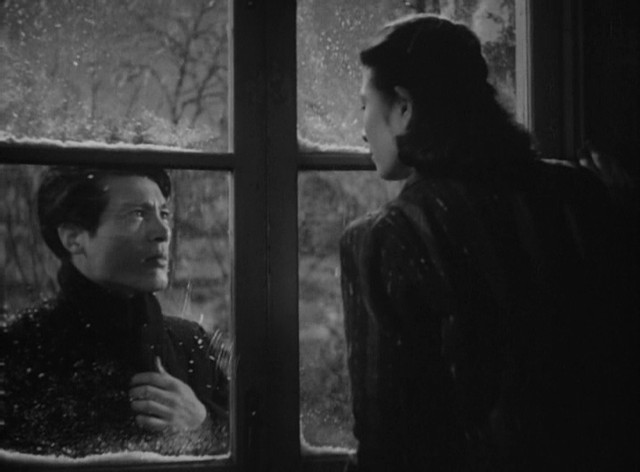