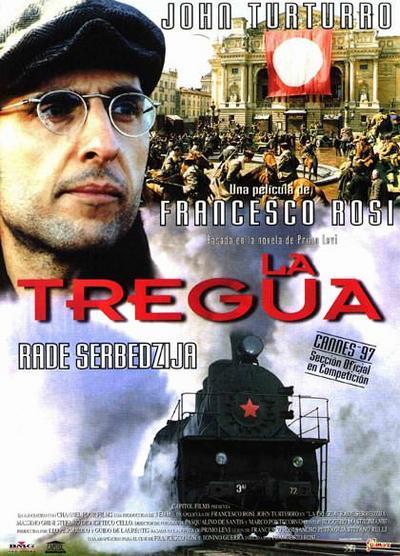 Based on Primo’s account of his liberation from Auschwitz and long journey home through a Europe caught between war and peace. The truce is not only an account of hardship and the rediscovering of humanity but of the relief, exuberance and comedy in a momentous journey after the most gruesome period of modern history. 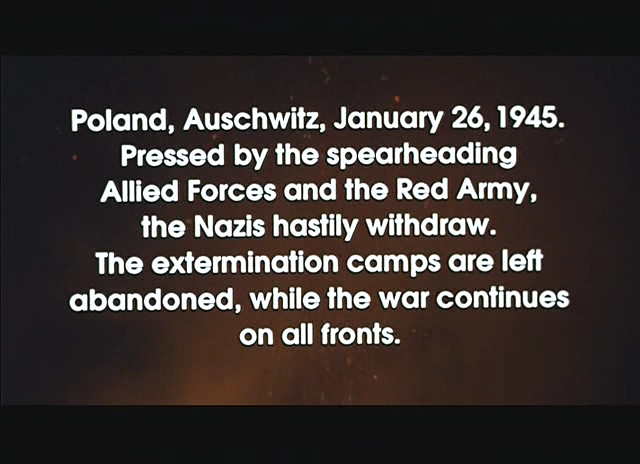 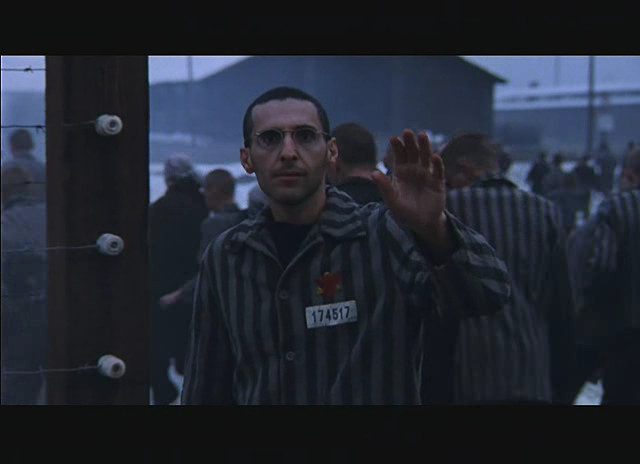 Primo Levi’s modern day odyssey from the concentration camp to his home in Italy. The Truce is a film about homecoming.

The horror and the suffering of the concentration camps has been well documented. What interested the director, Francesco Rosi, was to bring to the screen what Levi succeeded in doing so extraordinarily well in his book: recounting, through the tales of his remarkable adventures, the process of reawakening, of coming back to life, and of the re-acquisition of hope, through the experience of daily events, small and large, natural and joyous, the cumulative effect of which is to constantly affirm the superiority of love over death. 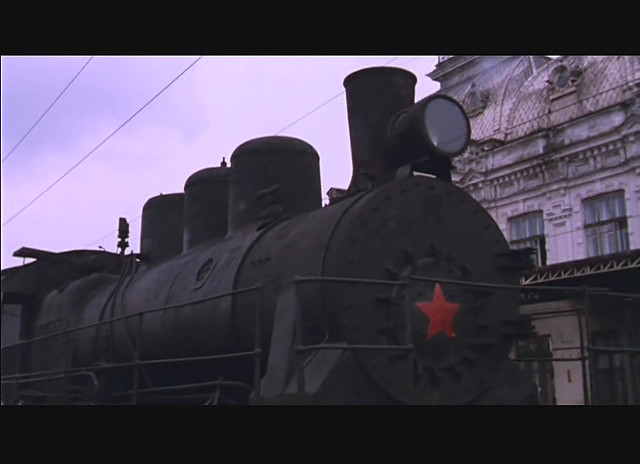 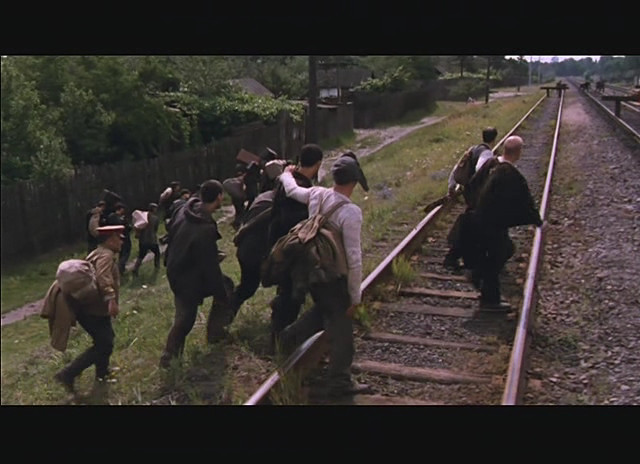 I would like to believe in something,
something beyond the death that undid you.
I would like to describe the intensity
with which, already overwhelmed,
we longed in those days to be able
to walk together again
free beneath the sun.
[Primo Levi, 9 January 1946] 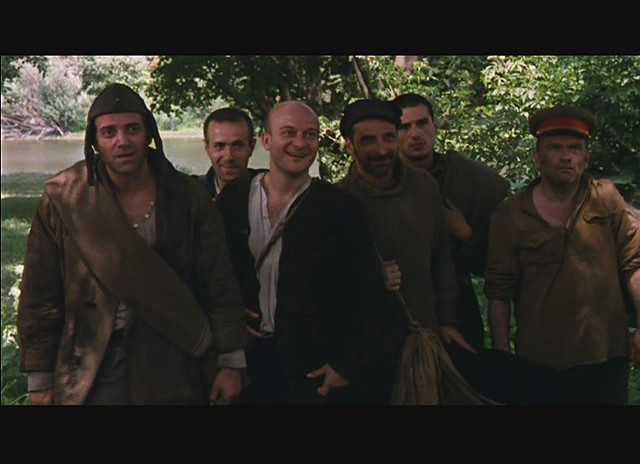 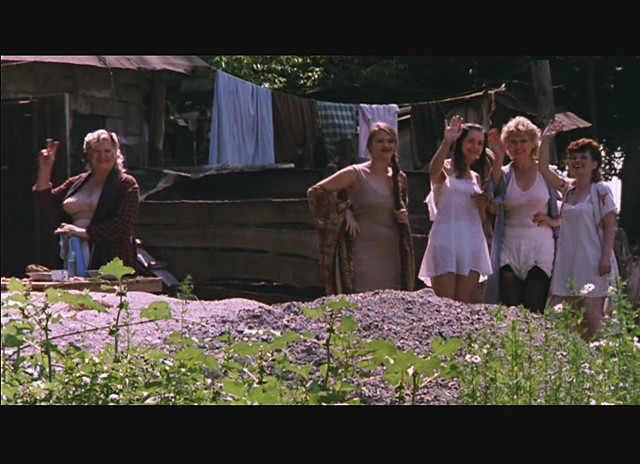 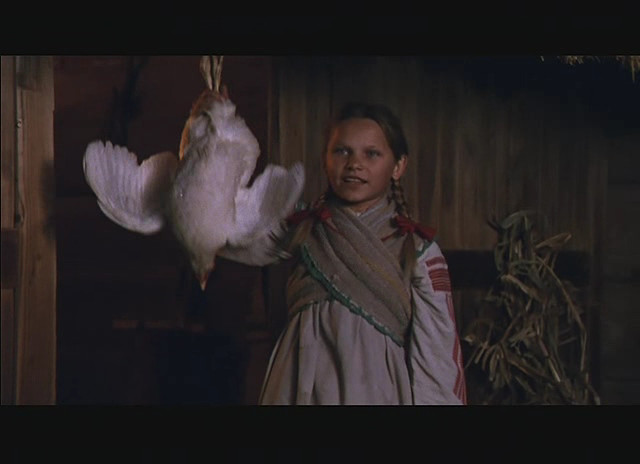 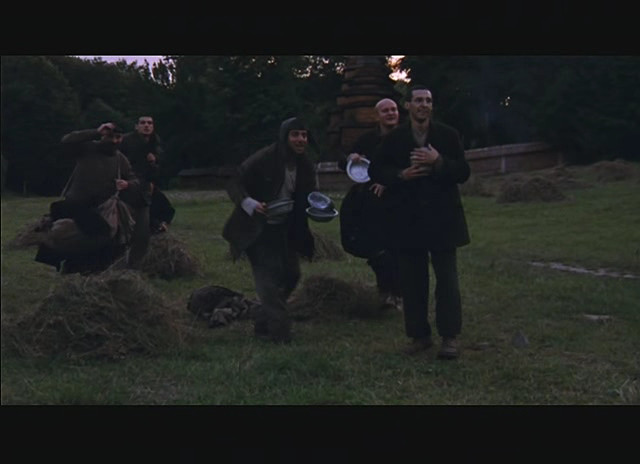 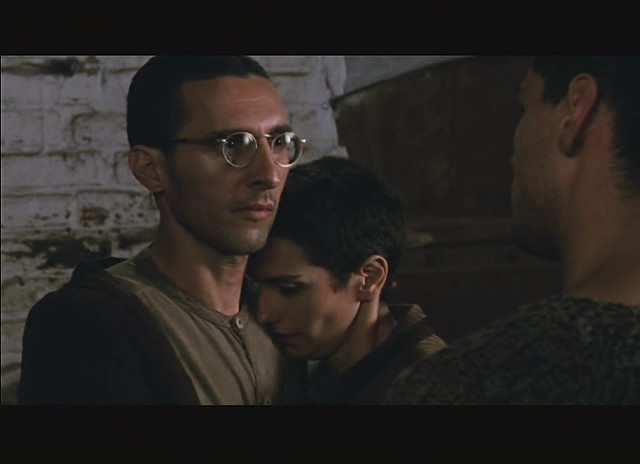 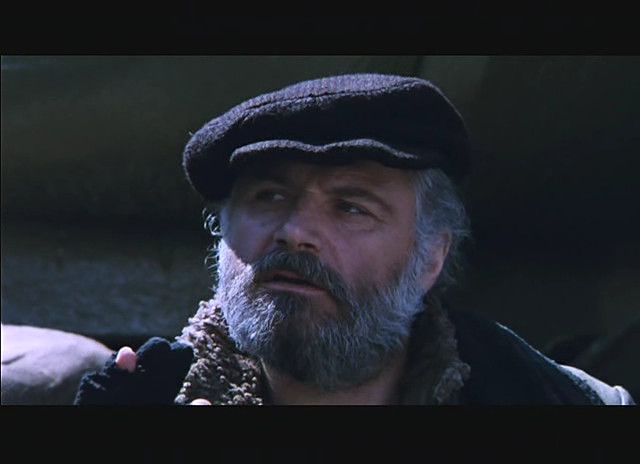 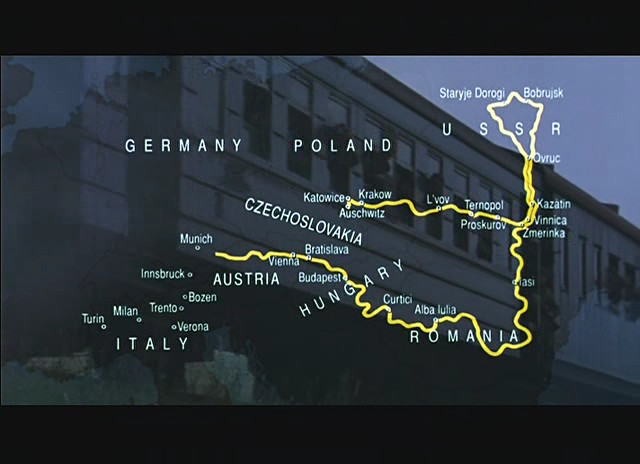 A labor of love that took 10 years to reach the screen, Francesco Rosi’s version of Italian chemist and writer Primo Levi’s “The Truce” arrives as an earnest but profoundly old-fashioned film. Depicting the late author’s nine-month journey home following his release from Auschwitz, this pedestrian adaptation condenses Levi’s experience into an episodic series of picaresque and poignant vignettes that fails to convey the vast human canvas or the emotional impact of its source material. Despite several strong selling points, this looks to be a difficult prospect theatrically.
The Italian-language version world-premiered Feb. 10 in Levi’s home town of Turin. The English-lingo edition will bow in the U.S. at an MPAA gala March 10 in Washington, D.C.
Levi penned the landmark account of his term in Auschwitz, “If This Is a Man”, soon after his return to Turin in 1945 from the odyssey described in “The Truce,” which he wrote in 1962. The two companion pieces generally are considered among the most moving and important memoirs ever written by a Holocaust survivor.
Rosi first approached Levi about filming the book early in 1987, when the author gave his consent to the project and his approval of the director’s ideas for its screen transfer. But Levi’s suicide shortly after put plans on hold. The production geared up again when producer Leo Pescarolo became involved at the urging of Martin Scorsese. Pescarolo assembled the complex Italian-French-German-Swiss co-production package, with a $3.5 million minimum guarantee from London-based seller Capitol Films completing the hefty $13 million budget.
The film opens early in 1945, following the Nazis’ retreat, with the arrival on horseback of four Russian soldiers, who pull down the gates of Auschwitz. Primo (John Turturro) jumps on one of the first trucks out of the prison camp, beginning a circuitous, exasperating journey full of setbacks and false hopes that leads him from Poland through White Russia and then down into Romania, Hungary and Austria before arriving back in Italy in late fall of the same year. Chronicling a period of sudden freedom in the wake of deadening deprivation and suffering, the drama focuses on Levi’s rediscovery of life, hope and dignity, and the simultaneous awakening of a sense of moral outrage previously suppressed by the horror of his daily existence, which is seen in occasional B&W memory flashes.
Instrumental in this return to the living are the protagonist’s encounters along the way, most notably with an opportunistic Greek (Rade Serbedzija), a Russian nurse (Agnieszka Wagner) who rekindles forgotten sentiments of desire and love, and with a motley band of Italians who become his traveling companions. These include a wisecracking Roman (Massimo Ghini); a poetic violinist (Roberto Citran); Daniele (Stefano Dionisi), the tormented sole survivor of an extended Venetian family; a boisterous Sicilian (Andy Luotta); and a morally dubious pickpocket (Claudio Bisio).
The dynamics of this heavy-handedly sketched assortment frequently push the film too far into Italian comedy territory, particularly with Ghini constantly overplaying his brash character.
Turturro appears to be on a different plane altogether from his fellow actors. Radically slimmed down for the part, he is utterly convincing physically, with his gaunt, birdlike appearance, his awkward shyness and vigilant gaze suggesting a far more considered, interior approach to his character than most of the other cast members. The seeds of what many people believe drove Levi to suicide — guilt over having survived Auschwitz when so many others had died — are effectively conveyed when he says, “If I had been spared in order to write of my experience, then writing would be an atrocious privilege.”
But the role is, to a great extent, that of a passive witness, made up of intense silences, with moments of real eloquence largely relegated to verbatim quotations from Levi’s writings in voiceover. This is one of the film’s most antiquated devices, and one that seems rather incongruously slapped on to supply some depth not evident elsewhere. Disappointingly, considering Turturro’s passionate commitment to the project throughout much of its gestation, the part as written here is a pallid vehicle for the actor.
Rosi’s screenplay, co-written with omnipresent Italo scripters Stefano Rulli and Sandro Petraglia from a treatment by the director and Tonino Guerra, takes certain liberties with Levi’s book that score an uneven success rate. A Russian soldier emulating Fred Astaire in a solo dance to ”Cheek to Cheek” might have worked as a poetic elaboration, had Rosi played up the surreal quality of the scene. But a moment during the last leg of the journey, in which a German soldier kneels and hangs his head in shame at the sight of the yellow star on Turturro’s prison uniform, feels like pure teledrama rhetoric.
While “The Truce” is an enterprise of colossal scope by Italian film industry standards, it lacks the sweep, emotional power, or even the fluidity to pull the viewer truly inside Levi’s experience and, consequently, is genuinely moving only in certain isolated moments. The directorial rigor of vintage Rosi dramas like “Le Mani Sulla Citta” or “Salvatore Giuliano” is sorely absent, and the old-school attention to crowd scenes and visual pomp contributes to muffle the directness and simplicity of the original text.
The film is dedicated to cinematographer Pasqualino De Santis and editor Ruggero Mastroianni, both long-term Rosi collaborators who died during production and whose work was completed, respectively, by Marco Pontecorvo and Bruno Sarandrea.
Technical input generally is impressive, with the combined lensers applying a somber patina of muted colors to the Ukraine locations, and production designer Andrea Crisanti’s reconstructions of Auschwitz and the many villages and towns Lei passed through creating a cogent picture of a desolated Eastern Europe in the wake of war. Luis Baklava’s pipe-heavy score pushes the emotional buttons a little too strenuously.