Quote:
The best way to describe this film would be “bright”. The story is simple, two young boys are usurped from being the head of their gang of children by the son of the man who indicts their father on charges of embezzlement (him being fired and arrested for this.) They’re sent to live with their uncle (Takeshi Sakamoto, fast becoming my favorite Japanese actor of this decade) and spend their time thinking of ways to escape back home. Father is found innocent, and they live happily ever after. This film is beautiful, the music and the sound of the children playing are both unforgettable. It was no. 4 in the Kinema Jumpo that year, and it was adapted from a Tsubota novel (his 1939 film Four Seasons of Childhood, which contains the same characters, is also based on a Tsubota book.) The cinematography is “gliding” (a term which consistently seems to be used to describe the look and feel of his films) and more reminiscent of Arigato-San than any other film I’ve seen by him. There are also some strong similarities in plot and character to Ozu’s I Was Born But… and according to Keiko McDonald he, “tells of finding himself in tears as he read in the short story (Naoya Shiga’s “Manazuru”) about the little children shuffling along a road at night”. I watched Children in the Wind without subtitles, but more than any other unsubtitled film I’ve seen, It was extremely easy to follow along with. One of my favorites from this director, and I can’t wait to see more of his children’s films. 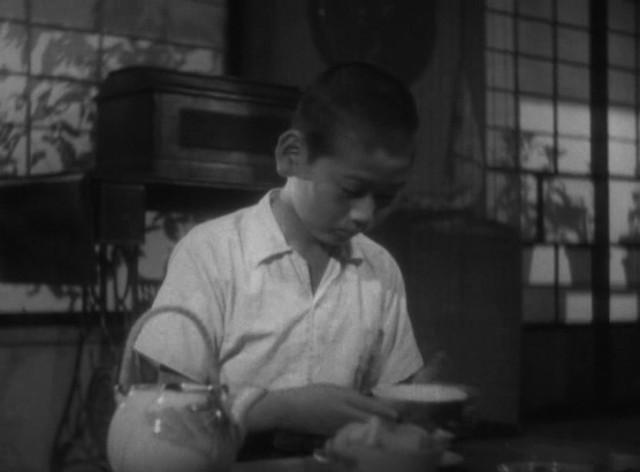 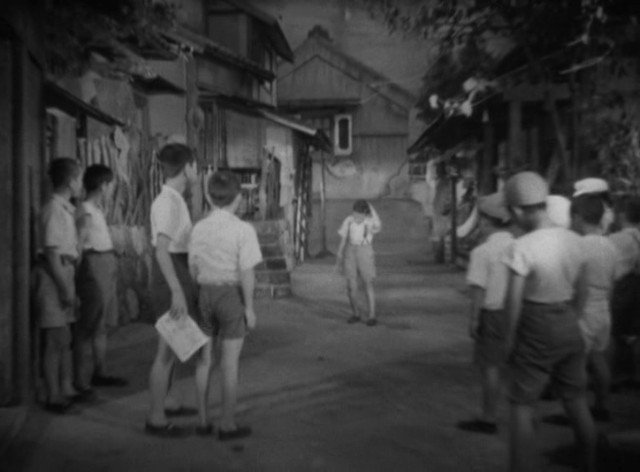 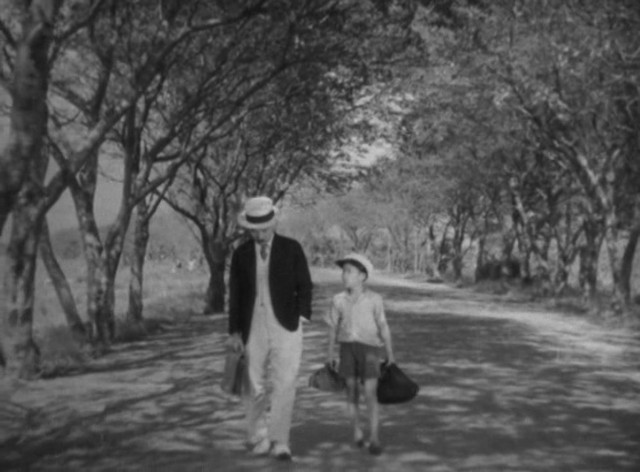 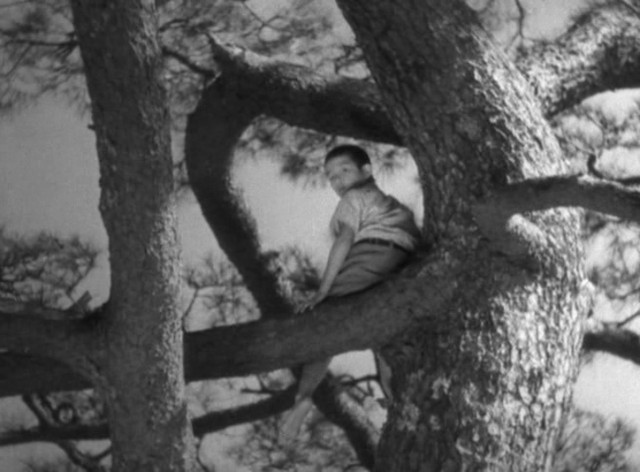