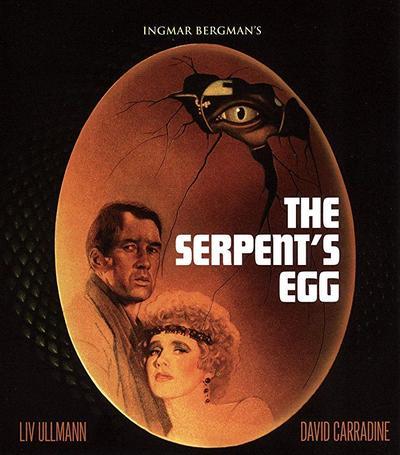 Following the suicide of his beloved brother and deaths of even the most distant acquaintances, Abel Rosenberg attempts to discover the truth while facing depression, alcoholism, and anti-semitism.

BERLIN, NOV. 3-11, is a city without sunlight. Mostly it rains. It snows occasionally but it’s the kind of snow that is already gray by the time it reaches the cobblestones. Everything is damp, chilled. No winter coats anywhere. People cling to one another for warmth, but there is none. In effect, life is over in Ingmar Bergman’s new film, “The Serpent’s Egg.” What we witness are involuntary twitches, the glazing of eyeballs—the onset of rigor mortis.

“The Serpent’s Egg” is the darkest, most barren Bergman film since “Shame,” and the windiest, most banal since “The Touch,” full of dark portents that he treats as if they were his privileged information, as if they hadn’t been in the public domain for nearly four decades. The film, which opens today at the Coronet, is dispossessed Bergman, Bergman in exile from his native Sweden whose serene political-social landscape has always highlighted the particular terrors of Bergman characters.

“The Serpent’s Egg” is the first film to be made by Bergman after he voluntarily left Sweden to take up residence in Germany following his brush with the Swedish authorities. This information may not be relevant, but it might help to explain the peculiar sense of dislocation within his English-language screenplay, a melodrama that never quite makes any connection to the characters within it.

The film, which takes place in Berlin in the week in 1923 when Hitler failed in his first attempt to take power, has the form of a mystery and some of the elements of rudimentary science-fiction, though, with hindsight, we (and Bergman) know it to be science-fact.

The two principal characters are Abel Rosenberg (David Carradine), an American trapeze artist stranded in Berlin after his partner-brother has had a minor accident, and Abel’s sister-in-law, Manuela (Liv Ullmann), who is separated from Abel’s brother. In the film’s opening sequence Abel returns to his hotel room to find that his brother has committed suicide for no apparent reason, leaving behind a barely legible note warning of people “being poisoned.”

In the succeeding days, Abel, who is a somewhat more mysterious character than Bergman may have intended, appears on the edge of an hysteria that has its origins in events that occurred before the start of the movie, as well as in the current events he participates in. Manuela, so beautiful and sweet-natured that we wonder why she and her late husband split up, sings and dances in a sleazy cabaret by night and works from 9 A.M. to 3 P.M. several days a week in a whorehouse.

While the city is apparently coming apart through apathy and inflation, Abel is losing his grip on reality. One morning he is picked up by a friendly, though menacing, police inspector (Gert Froebe) who suspects him of being implicated in his brother’s death as well as in the unexplained deaths of a half-dozen other people he has known. Is Abel going out of his mind? If you know your standard mystery movie, you know he is not, but the explanations that Bergman finally gives us aren’t worthy of the mysteries he has tantalized us with.

It is Bergman’s point that Abel and Manuela, in this week in which they attempt to survive in Berlin, witness the “nesting” of the serpent’s egg, the embryo that 10 years later will hatch Hitler, the Nazis, the holocaust, World War II and all the evils we know eventually to have come forth.

The audience, unfortunately, is way ahead of the movie’s political forecast, which might not be fatal if Bergman’s characters provided any particular insights, or interest. They don’t.

As played by Mr. Carradine, Abel Rosenberg is a wounded creature even before his brother’s suicide. He may be surprised to experience anti-Semitism for the first time, but his surprise isn’t enough to give the experience dramatic weight in the film.

Miss Ullmann’s Manuela is an extremely ladylike cabaret singer and part-time whore, and there is something perfunctory about the jazzy cabaret sequences shot in lewd colors and featuring performers in bizarre costumes and makeup. Decadence of this sort is the easiest thing in the world to capture on film, second only to the kind of suspense that can be generated by a horse race in a movie—any movie.

Bergman’s villain, a mad scientist played by Heinz Bennent, is a B-movie creature. He’s so rotten he almost seems to be an old friend, though he talks rather better than most villains as he describes the terrible things that will soon come to pass.

Is this all there is to “The Serpent’s Egg?” it seems to be, but there are indications that despair is really the film’s theme, though this despair is made compelling on only a couple of occasions. The opening of the film with the brother’s suicide is one of the most sorrowful sequences Bergman has ever done. There’s also a fine, ghoulish sequence in which the drunken Abel breaks the window of a Berlin bakery shop, as if to make himself the object of the wrath that German Jews feel toward all Nazis.

Mostly, “The Serpent’s Egg” is a movie of beautifully photographed weather and handsome period sets and costumes that encase characters who remain as anonymous as the bodies in a morgue. It’s dead. 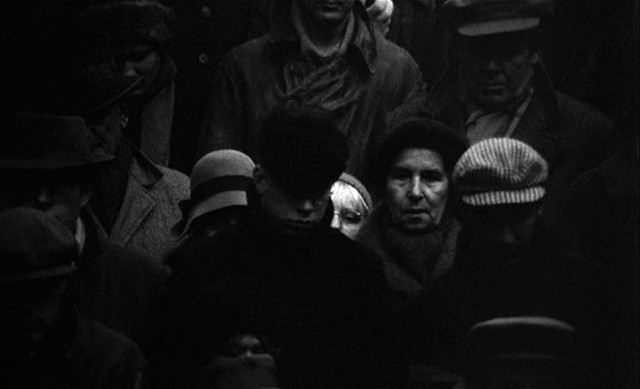 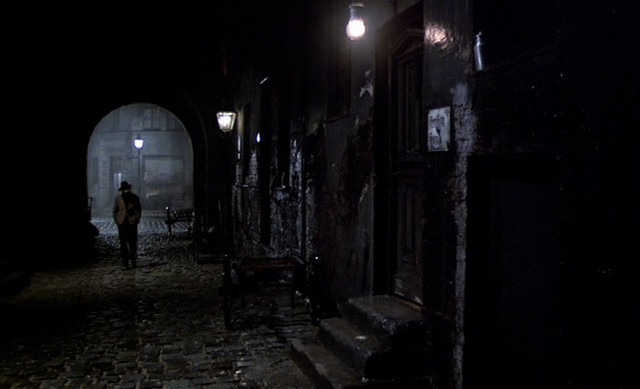 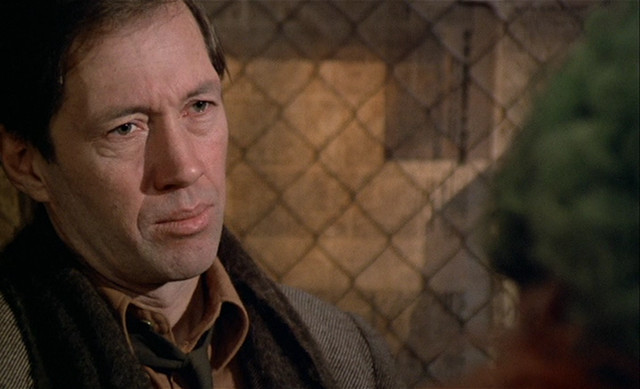 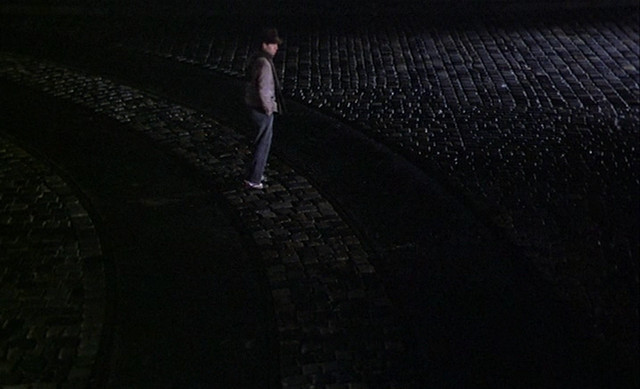 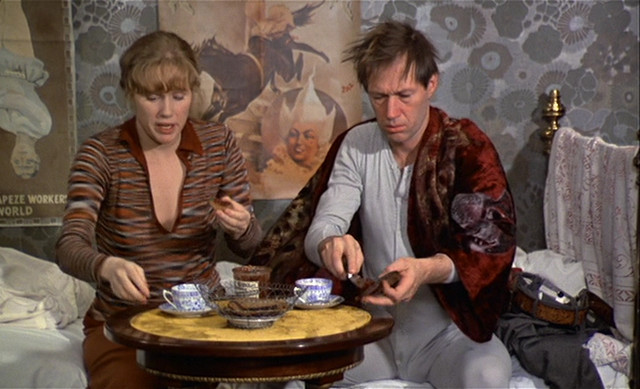 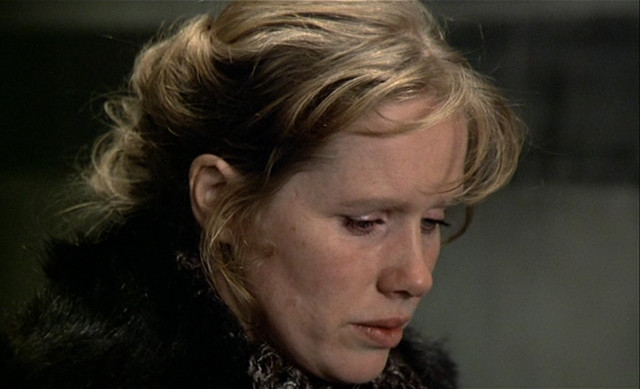 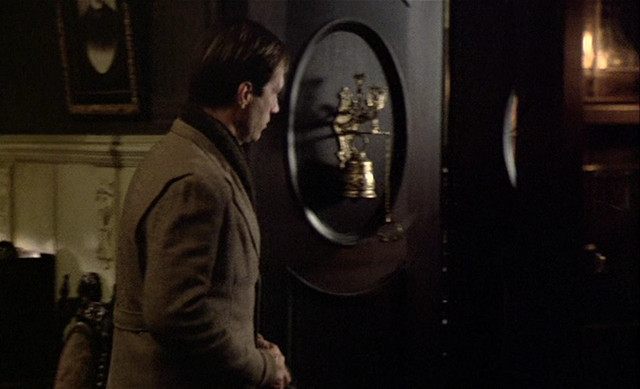 Ingmar Bergman is a great filmmaker, but in “The Serpent’s Egg” he did not make a good film, and so maybe you’ll forgive me if I begin, not on a solemn note, but on an irreverent one, with a little background from the period the film was made.

Bergman left his beloved Sweden in 1976, charging that the tax authorities were hounding him (a charge that the Swedish courts later upheld). He flew to California to meet with Dino De Laurentiis, who would eventually sign him to direct “The Serpent’s Egg.” And he became the subject of an anecdote by the great Bergman-watcher, Mel Brooks.

Maybe the point is that Bergman is best as a filmmaker on his native ground, no matter how unhappy he may feel there. In Sweden, during 35 years and with more than 30 films, he made only four comedies. One of them was successful (“Smiles of a Summer Night”). Two of them were passable. One was the worst film he has ever made (“All these Women”). But in his dramas — those brooding, lonely, and violent excursions into the human soul — he made some of the greatest films that ever will be made. And they all drew directly from his experiences in Sweden.

“The Serpent’s Egg” was filmed on location in West Berlin, in English, with only one performer who had worked with him before Liv Ullmann. It was set in 1923. Bergman knew the country slightly, and he knew the period through old memories (he was sent as a young boy to live awhile with a German family through an exchange program, and remembers first hand the beginnings of Nazism). But it’s clear that he did not know Germany, 1923, or Nazism well enough to make this film. It’s sad and perplexing but true: This film owes more to “Cabaret,” an American musical, than it does to whatever insights Bergman may have thought he had about his subject. The moments when the film rings true are when he returns, even unwittingly, to some of the obsessions of his Swedish films: when, for example, an American priest played by James Whitmore protests that he feels himself powerless, and we are reminded of the anguish of the ministers in “Winter Light” and “Cries and Whispers.”

The story concerns two people thrown together as Germany gradually stoops to embrace Hitler: David Carradine, as a touring circus performer, and Liv Ullmann, as the woman who was married to his brother (the brother blows his brains out in the film’s opening sequence). They make do as best they can, Ullmann working in a cabaret, Carradine finding work here and there and finding it uncomfortable to be Jewish.

Bergman strains for impact, giving us scenes obviously meant to be forewarnings of the Nazi genocide, the death camps, and their witch doctors. He looks emptiness in the face, and it outstares him. He hurls himself at this material, using excesses of style and content we’ve never seen from him before, but the subject defeats him. Maybe that’s what he’s admitting at the end, when the narrator remarks that the Carradine character “escaped from his police escort on the way to the train station, disappeared, and was never seen or heard from again.” A frustrating ending for a sterile film.

Bergman returned to Sweden after making this film, and found there, in the remaining years of his active career, themes he related to from the bottom of his soul. Germany was apparently as much a mystery to him as California. 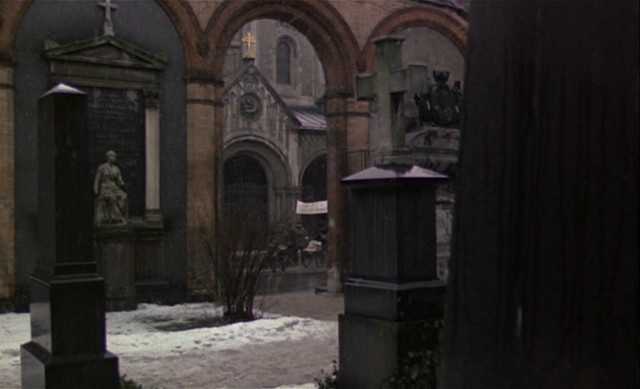 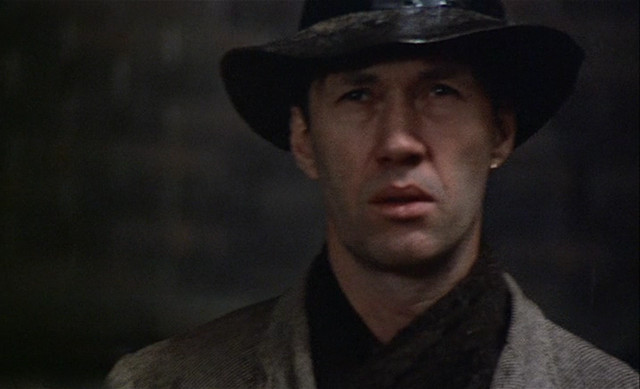 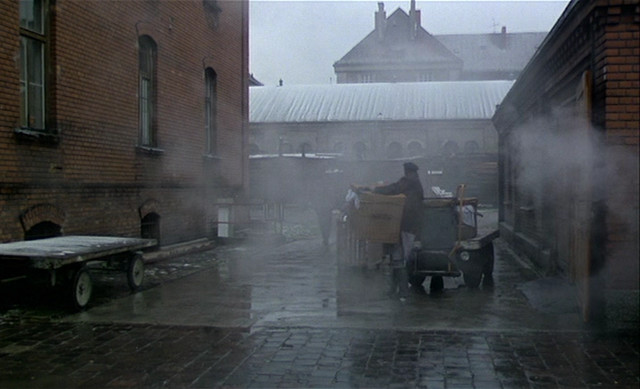 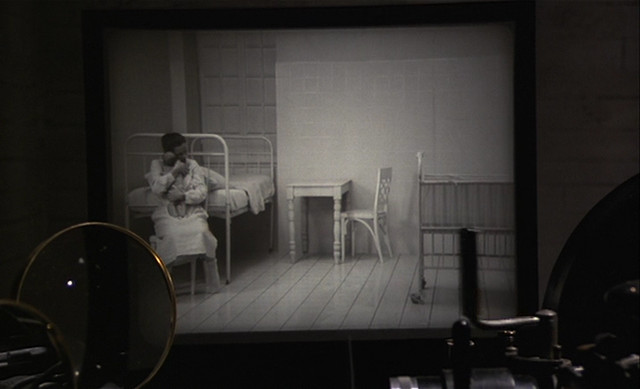 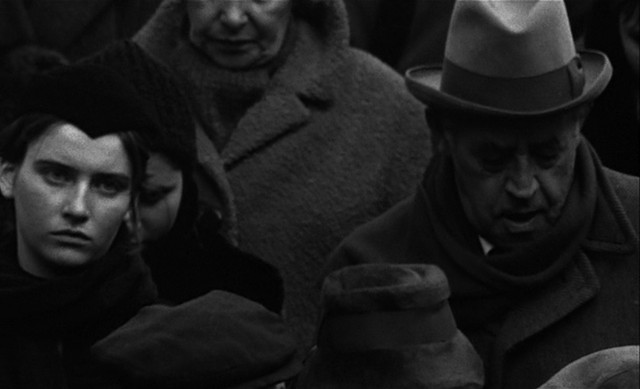