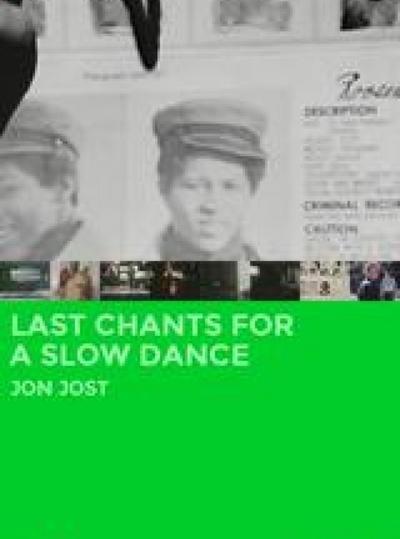 Quote:
Somewhere along a desolate highway in Western Montana where the scorched grass burns brown and cotton-ball clouds dissolve into an endless ocean of white, a decrepit old pick-up truck speeds along. The driver, a shifty, uneasy man named Tom Bates fidgets and cackles a rapid, kookaburra laugh. “I mean, what you ever get the feeling that everything was just, just going by you like WHOOSH — just going by, it’s all, all too fast. You can’t, can’t see anything,” he philosophizes to a lanky hitch-hiking hippie sitting in the passenger seat. “I guess, well I guess what I got to do is sort through some of this shit, y’know, just get some of this shit outta my life,” he continues as his passenger sits in solemn silence. Indeed, Tom Bates is a man with a lot of shit in his life. He has no job, no money, a wife he keeps running away from, and two kids (soon to be three) he doesn’t want. And the worst part is that he is either incapable or unwilling to realize or admit that all of these problems are his fault. He is the nightmare of a living, breathing hamartia; an Aristotelian tragic hero devoid of anagnorisis. He is unapologetic in all he does: when he screams at his wife, when he wastes what little money he has on cheap drinks, and even when he cruelly throws the hippie out of his truck when he begins to suspect that he might be “a queer.” He feels cheated by life, yet has no idea that he stacked his own deck against him.

Such are the ways of Tom Bates, the character around which Jon Jost’s Last Chants for a Slow Dance revolves. One of the neglected treasures of the early American independent film scene, it is, to use Jonathan Rosenbaum’s words, a “chilling portrait of an embittered, misogynistic lumpen proletarian.” Made for about $2,000 and shot on dusty, faded 16mm film stock, the film looks like the remnants of overexposed home movies. It embodies the lulling sense of fatigue brought on by days of endless driving with no radio or air conditioning. And yet there was not a single moment of Last Chants for a Slow Dance that didn’t leave me completely enthralled.

Jost constructs his film through the use of two primary techniques. First, he routinely utilizes long takes where the characters are either partially or completely obscured. Consider the opening scene in the truck with the hippie hitch-hiker. The third shot of this sequence is a medium close-up of Tom Bates and the hippie framed by the front windshield. The camera first focuses on Tom. Since up to this point the hippie hasn’t said a word, the audiences is shocked when the camera pans left to reveal his presence. Then, the camera pans further left to profile the hippie. All the while, Tom continues to rattle on from off-camera. Then, after a time, the camera pans right to frame both characters one last time.

This whole unbroken shot is roughly six minutes long. Not only is it aesthetically fascinating, but it is a technical marvel. Considering that Jost only had two grand to film with, it is very doubtful that he had an expensive camera that could be fixed on the top of the engine. So this raises two possibilities. One, that Jost managed to cobble together a system of pulleys and ropes which not only held the camera in place but panned it back and forth to perfectly profile the characters. Two, that somebody was literally tied to the front of the truck and worked the camera while on a busy freeway. I honestly can’t decide which would be more practical.

The second technique that Jost extensively utilizes is the montage. As Tom stumbles from confrontation to confrontation, the film dissolves into sequences of rapid, quick cuts set to country music written, played, and sung by Jost. When I say country music, I don’t mean the polished, glittery Nashville tripe that usually floods the radio-waves. This is authentic country music, the kind Townes Van Zandt crooned to empty bar rooms in Austin, the kind borne from picking on a guitar or banjo on a rocking chair on a front porch, the kind that paints pictures of misery, despondence, and exhaustion. The music evokes the tedium that rules Tom’s life.

The combination of the long take and montage skew the audience’s senses of temporality. On this subject, Noël Carroll wrote, “Jost’s strength in this film is his ability to portray the experience of time of the lumpenproietariat who is outside the regimented rhythm of work and sleep, who lives without directions, schedules, and goals.” And indeed, Tom seems drifts in and out of time. One minute, he is flirting with a woman at a bar. In the next, we see Tom sitting on the bed in her apartment in his underwear making a phone call to his wife, alternating between begging her to take him back and screaming obscenities at her. The woman from the bar, having heard the whole conversation, asks him who he was talking to. Without missing a beat or batting an eye, he responds in a terse monotone, “It’s something ‘bout a job.” The woman, obviously amazed that Tom would lie so blatantly to her face, continues, “You always yell at people who are about to employ you?” “Yeah.” Not buying it, she says, “You didn’t mention anything about a wife last night.” “I don’t remember being asked about a wife, last night.” It isn’t long before Tom begins to yell again.

If Jon Jost’s direction was the stuff of genius, then Tom Blair’s performance as Tom Bates was the stuff of legend. He encapsulated the kind of brutal, honest naturalism that John Cassavetes spent decades trying to coax out of actors like Gena Rowlands and Peter Falk. Blair manages to change emotions from one extreme to another with a swiftness that would have seemed robotic or artificial from another, lesser actor. The fact that these violent mood swings are almost always captured in unbroken long takes gives him an almost sinister presence that spreads unease over the audience. We slowly become morbidly curious of just how far gone Tom Bates might really be.

Jon Jost’s Last Chants for a Slow Dance is a fascinating film which seems to stylistically predict the works of Béla Tarr and Jim Jarmusch. Without relying on the over-abused metaphor of the Death of the American Dream, suffice it to say that Jost’s film is a scathing rebuke of traditional American machismo and individualism. Tom Bates is no John Wayne, no Clint Eastwood, no Marlboro Man. He inhabits two wastelands: the plains of Montana and the killing fields of his inner psyche. Is it any wonder that the film ends in violence? Jost wisely realized that Tom Bates’ story could not end any other way. 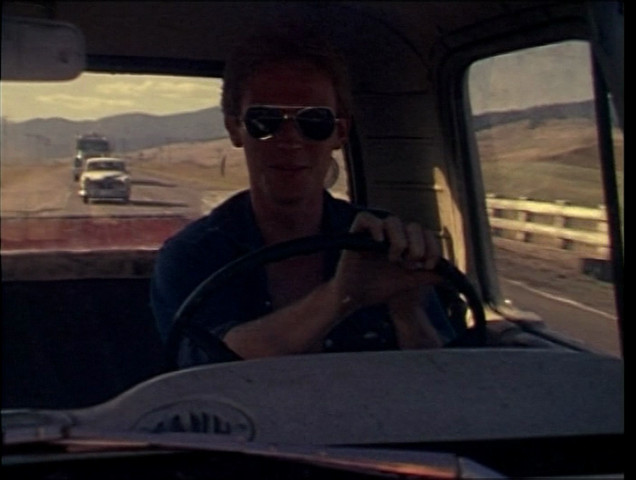 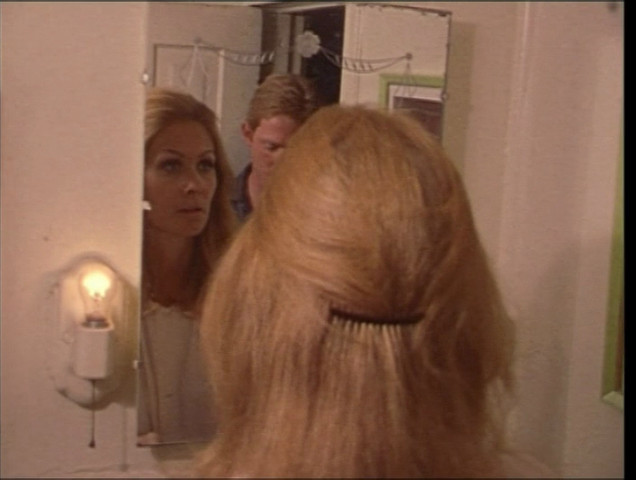 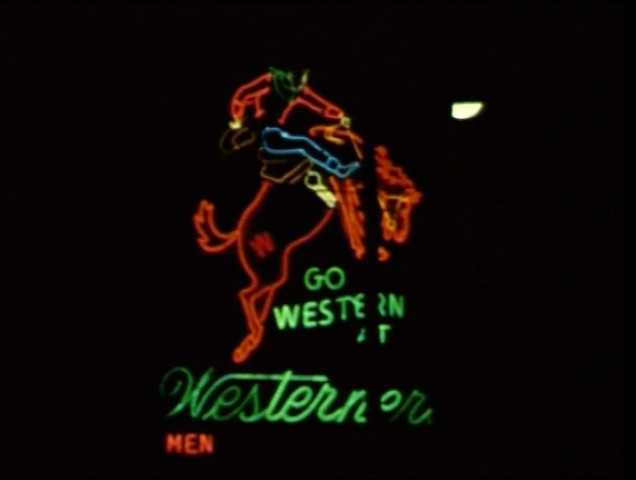 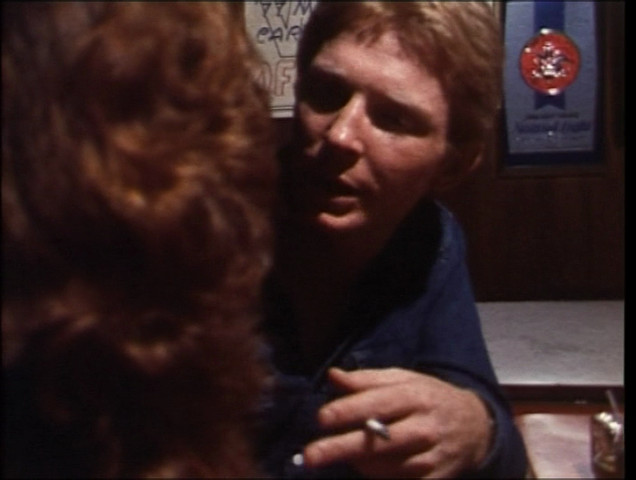 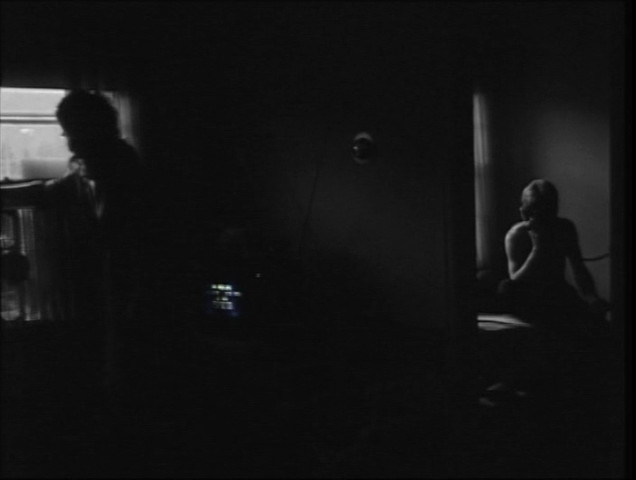 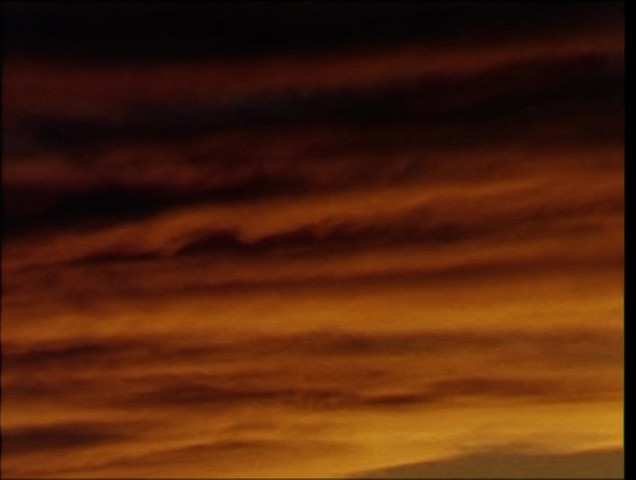