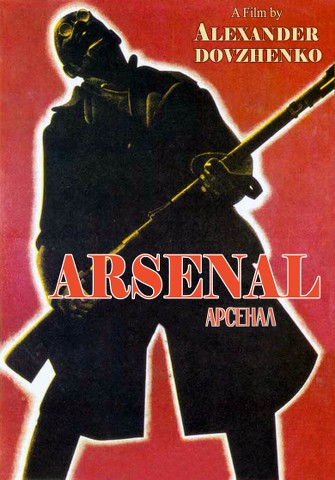 Set in the bleak aftermath and devastation of the World War I, a recently demobbed soldier, Timosh, returns to his hometown Kiev, after having survived a train wreck. His arrival coincides with a national celebration of Ukrainian freedom, but the festivities are not to last as a disenchanted.

In Arsenal, Alexander Dovzhenko, perhaps the most radical of the Soviet directors of the silent period, altered the already extended conventions of cinematic structure to a degree greater than had even the innovative Sergei Eisenstein in his bold October. The effect of this tinkering with the more or less accepted proprieties of motion picture construction produced a work that is actually less a film than it is a highly symbolic visual poem. For example, in a more linearly structured piece like October, the metaphors, allusions, and analogies that arise through the construction of the various montages replace rather than comment on essential actions within the film. In Arsenal, however, the symbolism is so purposely esoteric, with seemingly deliberate barriers established to block the viewer’s perception, that the relationship of individual symbols or sequences to the various actions of the film is not immediately clear.

The film’s central theme obviously revolves around the idea of the sheer horror of war and is most fundamentally incarnate in the physical symbol of an arsenal in the midst of Russia’s civil war. Yet, this theme is fragmented throughout the film within three distinct visual contexts. First, Dovzhenko exploits the inherent metaphorical potential of the individual shot as it is brilliantly exemplified in an opening image of a barbed wire trench barrier suddenly and unexpectedly exploding after a prolonged period of stasis. The contrast thus established between the transfixed image and the force of the off-camera shell explosion sets the stage for an interaction of fixed and moving images that runs the course of the film and establishes a semblance of poetic meter.

Second, the area between shots which is normally used in silent films for dialogue, location, or explanation is used here by Dovzhenko for thematic purposes. In an early scene, a series of three titles reading: “There was a mother who had three sons,” “There was a war,” “. . . and the mother had no sons,” are interspersed between shots of a solitary woman and two camera angles of men on a moving train. This combination effected in sets of three (a recurrent image pattern throughout the film) not only establishes the concept of men going off to face the horrors of war but also ingrains in the audience a particular sentiment toward the idea.

A final thematic employment of symbolic images and one that runs through the entire course of the film in one form or another is the director’s juxtaposition of stasis and movement within individual shots and between shots as well. Images of a train, of a platoon of soldiers moving almost relentlessly forward, a religious procession, and a number of other dynamic elements, are interjected around and between relatively static shots (usually grim), and effectively frame each immobile image as an individual symbolic and poetic unit with a meaningful parallel somewhere else in the film. In one sequence, a catatonic soldier is shot by an officer for not moving. The static shots of his execution are broken up by shots of a faceless platoon of soldiers moving forward. We never see the execution, only still images of each stage. The isolated shots, however, prefigures a parallel execution, again done in a sequence of three images, and that in turn foreshadows the fall of the arsenal itself. The middle shot in the execution sequence is nothing more than a symbolic pile of empty cartridges, but, as it turns out, the strikers who have taken over the arsenal are doomed by a lack of ammunition. Their plight is subsequently dramatized by three titles interjected between shots of the men. The titles read: “The 24th hour.” “The 48th hour,” and “The 72nd hour,” to show that not only ammunition but time is running out.

Arsenal is a difficult film that makes many demands upon the viewer and is stubbornly resistant to easy interpretation. Consequently it rewards a number of viewings and repeated analysis. Under intense scrutiny its thematic patterns emerge and the real genius of its creator becomes apparent. Although many of its images now appear dated as, in fact, do Eisenstein’s, ample power remains to substantiate the relatively untutored Dovzhenko’s reputation as one of the early giants of Soviet cinema, on a level with both Eisenstein and Pudovkin. 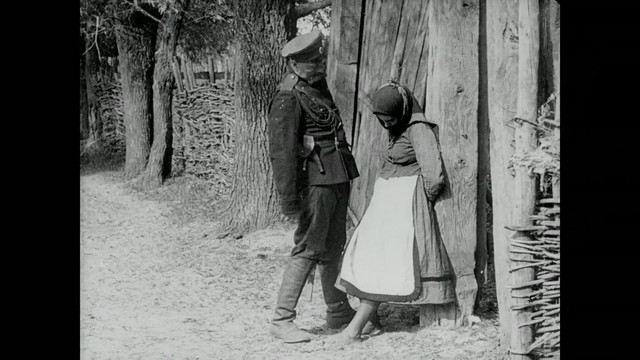 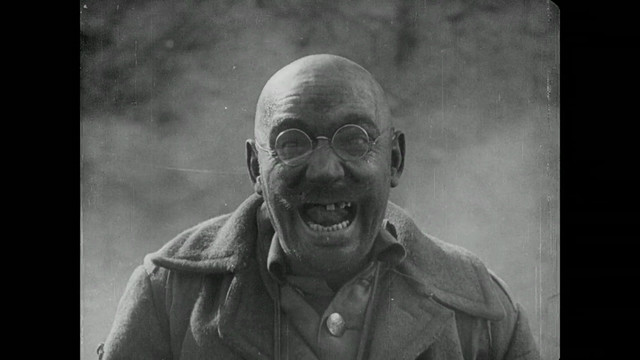 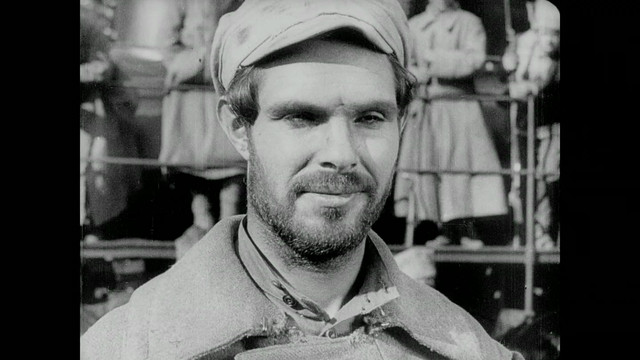 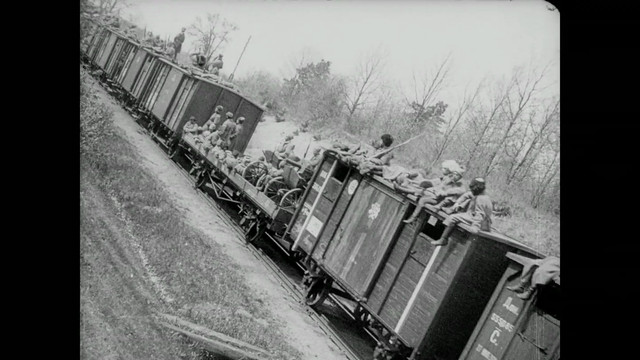 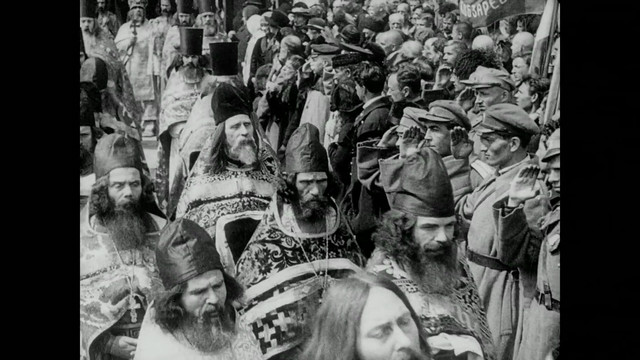 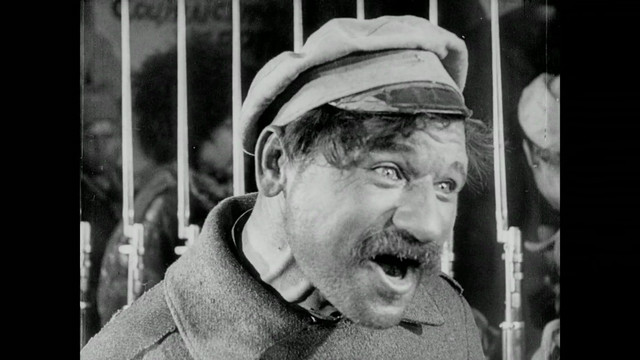 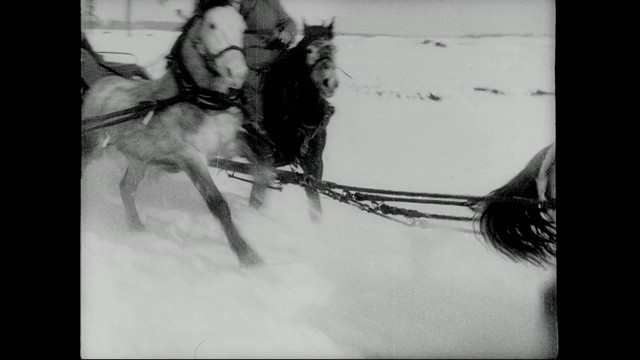 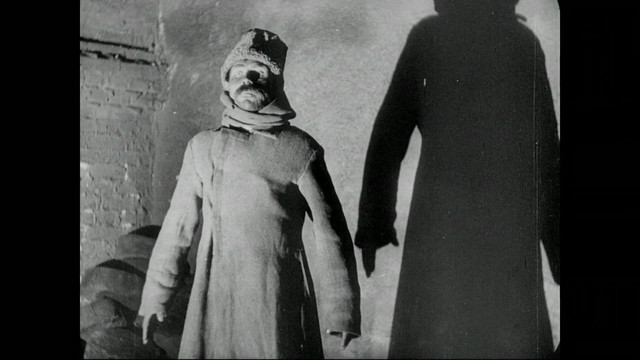 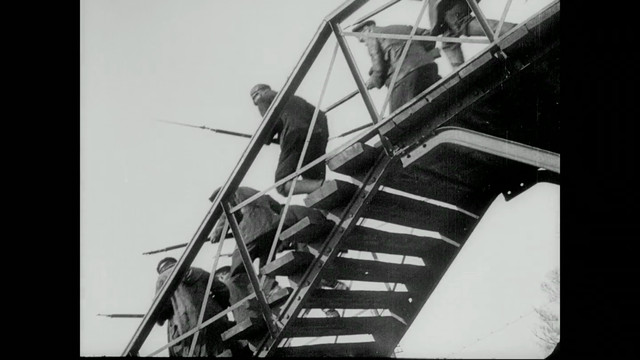 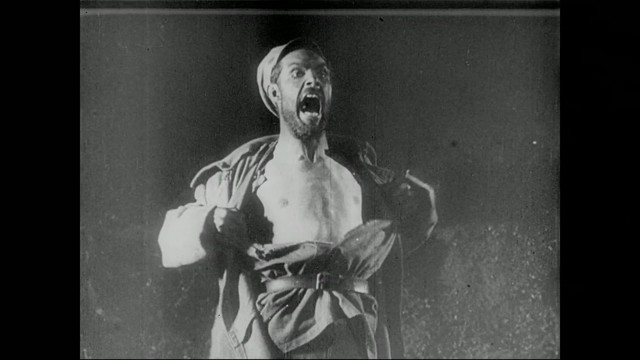