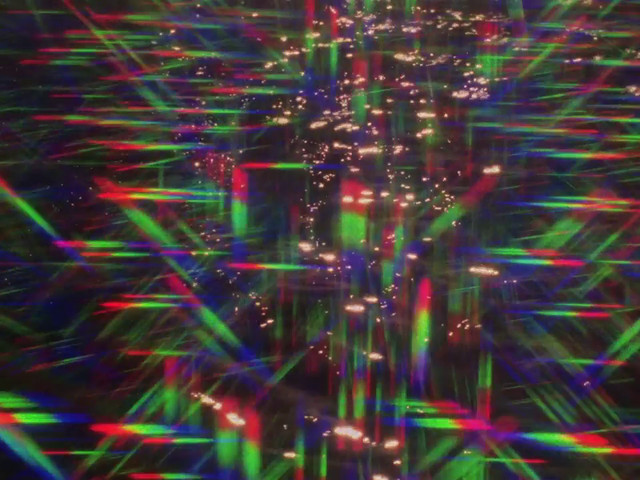 Best known for her single-frame animations centered on fabrics, weaving, and other craft-based materials, Mack has recently taken an interest in a more conventional photography, examining objects like reflective mobiles that have the capacity to instigate semi-psychedelic, prismatic light-play, but on the cheap. These are the optical toys of our time, the glinting doodads from Justice or Hot Topic that bring the hypnotic dazzle of reflective light into the mundane self-styled universe of the girls’ dorm room. (These shiny points of jagged illumination can provoke what Kenneth Anger believed to be epiphanic moments of communion with Lucifer, the God of Light.) Something Between Us plays with the cheap shine of costume jewelry, but does so in a broader, more environmental manner. Not only do we see hands rolling bracelets and dangling necklaces like toys before the magpie. Mack intercuts these close-ups with shots of a hazy lakeside forest, its early dawn refracted by the misty fog to produce rainbow prisms and flares. In time, Mack is alternating between this “natural” light and its highly artificial facsimile, the trinkets swinging to their own chiming electronic theme song. A game show bell dings mid-film, as though we’ve found the right answer when the organic is largely vanquished in favor of Mack’s pendular, sun-dappled Claire’s Boutique of the mind. A breakthrough work by one of the best filmmakers working today. 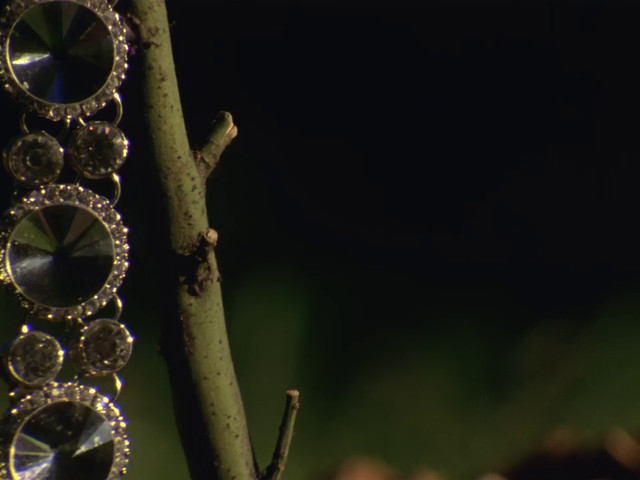 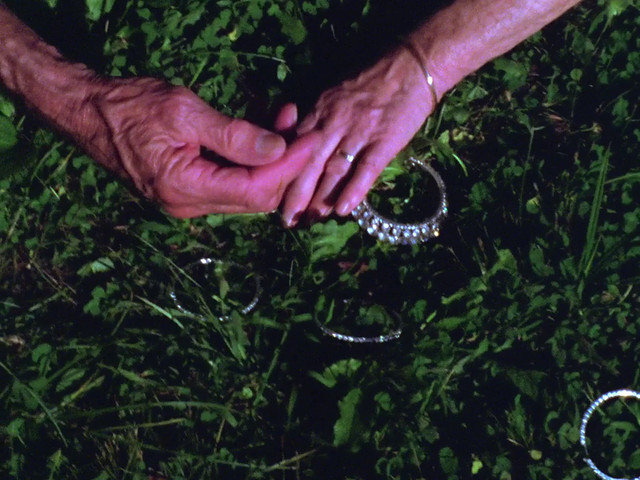 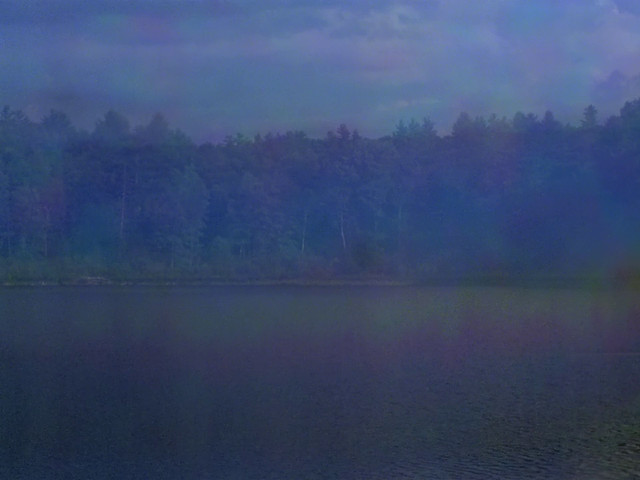 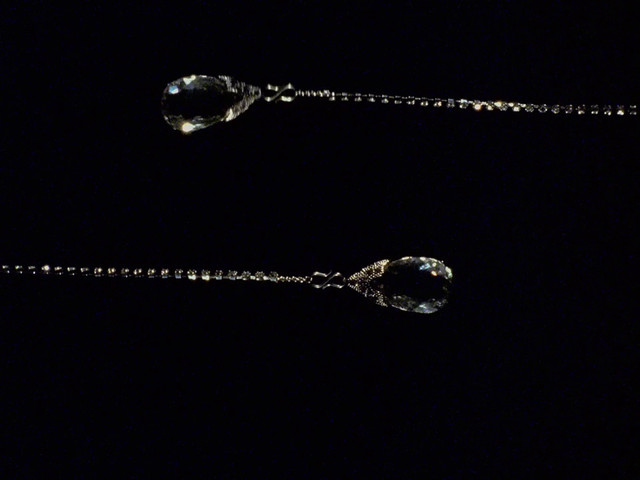 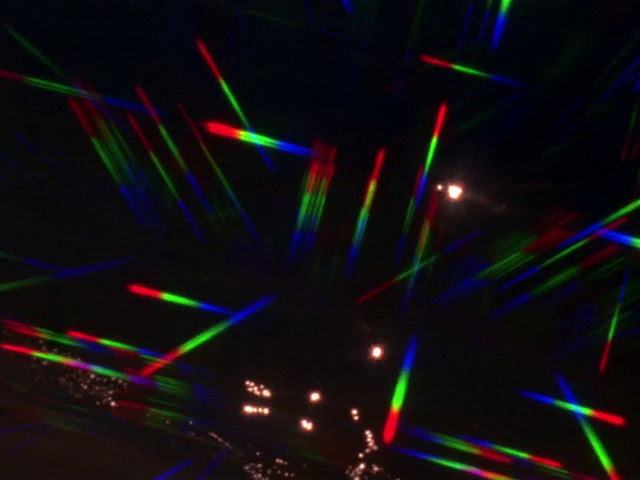 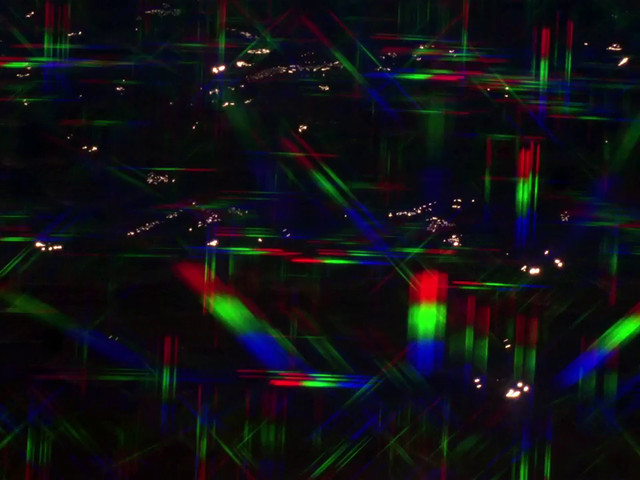