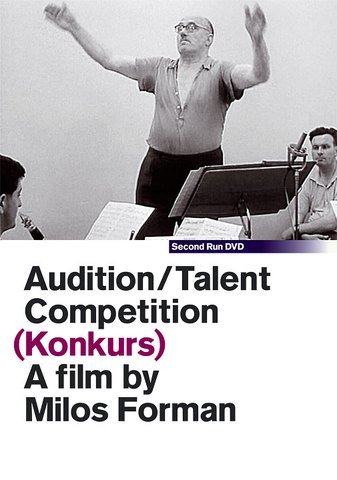 Quote:
Two closely related episodes. Youths make problems for two local orchestras about to compete nationally, and in a talent competition a young girl gets stage fright, while another lies to her boss to compete. 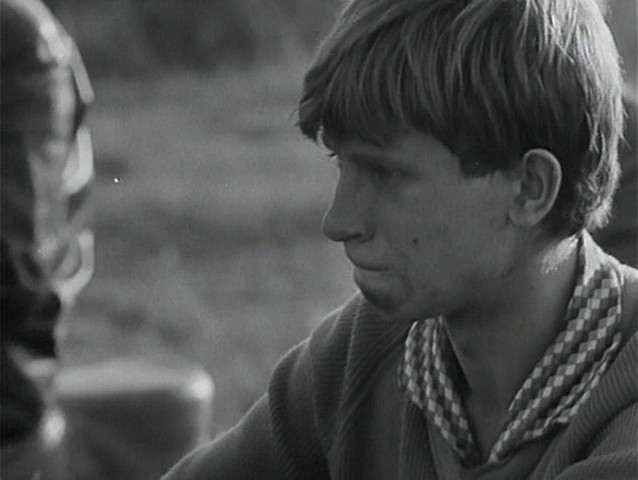 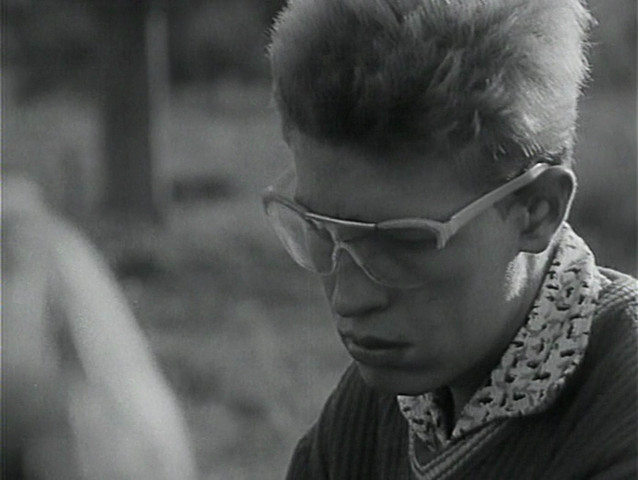 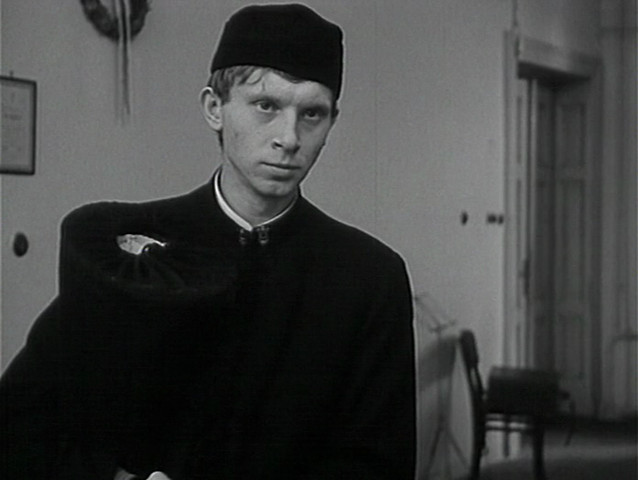 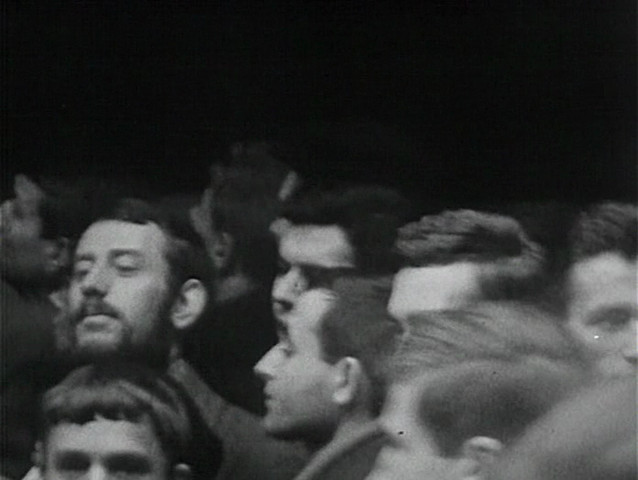 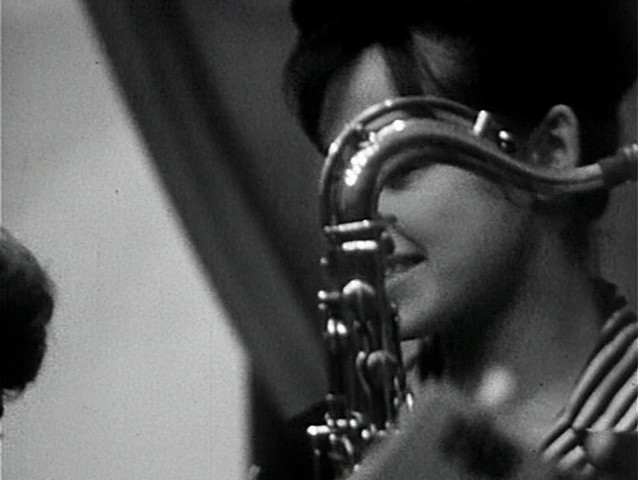 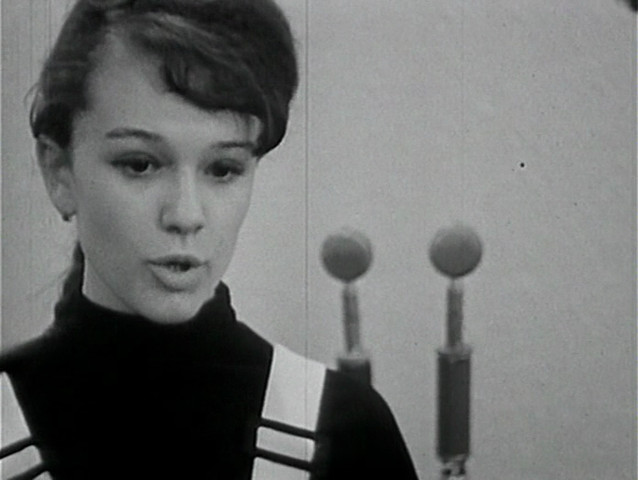 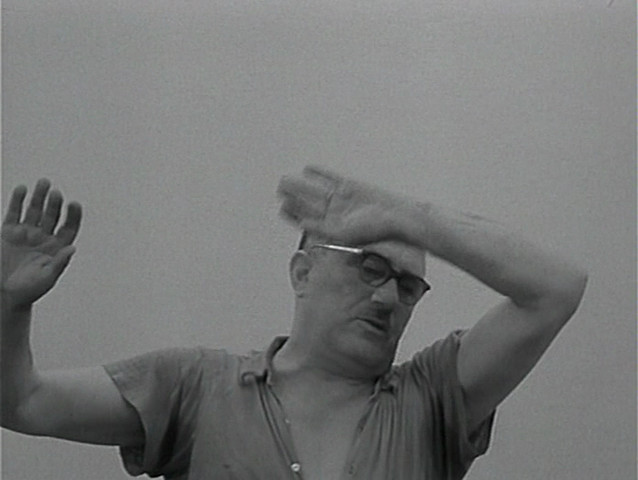 Quote:
Part One (Talent Competition) cuts between rehearsals/performance by rival brass bands and the competing attraction of a cross-country motorbike race. Part Two (Audition) anticipates the audition scenes in Taking Off, as a throng of female singers try out for a part in a show. Though originally made as separate featurettes, the two episodes form a plausible entity, being so similar stylistically and thematically. The approach is documentary with some fictional elements gently interpolated – in the first the defection of two youthful trombonists, in the second the lightly sketched backgrounds of two of the singers. Extremely assured for an apprentice work, this displays the same mix of shrewdness and tenderness that marked all Forman’s early films. But as with many East European movies of this era, one suspects that a political allegory is concealed at the heart of it all.