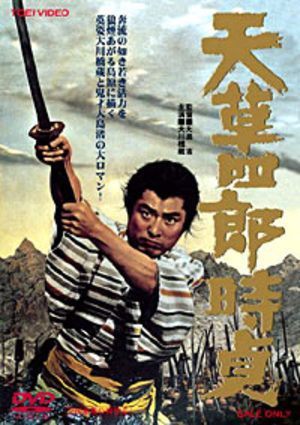 In 1637, the Tokugawa Shogunate mandated religious orders to severely restrict and contain the spread of Christianity. In Kyushu, Shimabara and Amakusa, the Christian population was particularly large, and the farmers continuously endured extreme pain and suffering under the oppression of the land’s rulers. Unable to pay taxes because of severe famine, Christians watched their daughters taken away by the samurai and waited for a miracle that could save them. People lined up to follow Shiro of Amakusa in the belief that he was the one to lead them out of despair. This is a serious story taken from the pages of history, and exposes what led up to the siege of Shimabara. A tremendous performance by mega-star Okawa Hashizo along with crisp direction by noted filmmaker Oshima Nagisa raise the level of this film to true art.