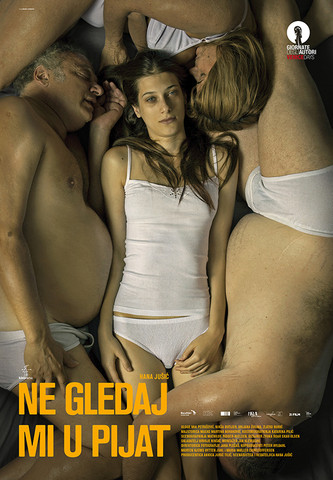 Marijana’s life revolves around her family, whether she likes it or not. They live on top of one another in a tiny apartment, driving one another crazy. Then her controlling father has a stroke and is left completely bedridden, and Marijana takes his place as head of the clan. Soon, she is working two jobs to keep everything afloat, while her mother and disabled brother do their best to scupper the ship. Driven to the edge, Marijana finds comfort in seedy sex with random strangers; and this taste of freedom leaves her wanting more. But now that she has finally found freedom, what’s she meant to do with it?

Quote:
When an authoritarian paterfamilias is incapacitated by a stroke, his 24-year-old daughter slowly crawls out of her shell in Quit Staring at My Plate (Ne gledaj mi u pijat), the feature debut from Croatian director Hana Jusic. This somewhat belated coming-of-age tale of a young woman who’s lived — together with her careless mother and mentally disabled older brother — under the tyranny of the man of the house for her entire life stars compelling newcomer Mia Petricevic as the young woman who needs to adjust to her new role as the family’s sole breadwinner.

Though the story setup has a lot of potential, Jusic struggles to find the right tone for her material, mixing well-observed and realistic scenes with more cartoonish depictions of family relations. That said, the protagonist’s slow process of self-realization, which takes the rather odd form of sleeping around with random men, is largely compelling because Petricevic is such a charismatic (if frequently poker-faced) performer.

Plate premiered in the Venice Days section of the Venice Film Festival and should see some festival action as well as interest from especially the Balkan countries.

There is something to be said for starting your feature debut in an attention-grabbing manner, and certainly not every film begins with its protagonist changing a blood-stained sanitary towel in the bathroom. But, unfortunately, what Jusic exactly wants to say with this shot is never quite clear, even in hindsight.

Yes, Marijana (Petricevic) is a fully-grown woman, even though her dictatorial old man (former Winding Refn regular Zlatko Buric) treats her and her older, mentally disabled older brother, Zoran (Niksa Butijer), like little kids who deserve a spanking or serious talking down to when they dare to hang out with some neighborhood teens. But the fact they’re not 10 anymore is readily understood from the fact Marijana has a job as a laboratory technician at a local hospital and from the siblings’ physiques (Zoran’s got a belly and a receding hairline; his sister looks like the Croatian cousin of Inglourious Basterds’ Melanie Laurent). So why open with such a provocative shot?

To add to the first-reel confusion, the siblings seem to think that their situation is entirely normal despite the fact that they live in a fairly large town where they are surrounded by neighbors who all seem meddlesome enough to have picked up on the fact something’s not quite right in their family. Have these grown-up kids never dared to compare their lives to someone else’s? Surely, even in macho Croatia most fathers don’t treat their grown-up offspring, and especially those bringing home money or those that are handicapped, like they were still in elementary school? In these early scenes, the characters feel more like caricatures than real people.

When Dad gets a stroke, he is reduced to a hulking infant who needs to be fed, have his diapers changed and who can’t utter an intelligible word. But even this shocking event doesn’t seem to shake the siblings’ mother Vjera (Arijana Culina) from her generally catatonic state. Except for an ill-fated day at the beach with the kids, which was never allowed when Dad still had a say, the only thing that seems to have changed for Vjera is that she now has to ask her daughter for money for groceries instead of her husband.

The film’s biggest plus is the fact that Marijana is indeed the most fascinating and relatable character of this odd family and thankfully, Jusic knows that she needs to focus on her. While she devotes her waterside lunch breaks to her brother, talks to her colleagues about the fear of a possible round of layoffs and generally take the household organization into her hands — “she’s become bossy,” one of the neighbors chirps — Marijana grows not only into a woman but finally starts to feel like a real human being.

The protagonist also signs up for a second job cleaning houses for rich Americans, which gives her the opportunity to not only make more money but also reconnect with an acquaintance from school who’s her age (Karla Brbic). And the young woman’s slowly growing sense of independence also includes sexual independence, though her preference for drunken louts who want to take advantage of her suggest that her self-esteem issues are far from resolved.

The film doesn’t explicitly draw any parallels between Dad and Marijana as the family breadwinners, which feels like a missed opportunity. That said, Jusic and Petricevic handle Marijana’s rebellion in the film’s second half very well, making it possible for the audience to get into the protagonist’s head even if she’s not necessarily saying what she’s thinking.

Cinematographer Jana Plecas captures everything in a variation on that austere, documentary-like style that’s been in vogue since the Dardenne brothers first conquered Cannes. But the story’s familiar sense of bleak realism, which always includes the possibility of hope and redemption hovering just beyond the frame, is, after that rather cartoonish start, a very welcome antidote. That Jusic almost ruins the film’s stylistic unity not only at the start but also at the end, when she tries to turn a swimming pool into an awkward metaphor, will have to be chalked up to inexperience and doesn’t take away from the fact it’ll be interesting to see what she does next. (Boyd van Hoeij) 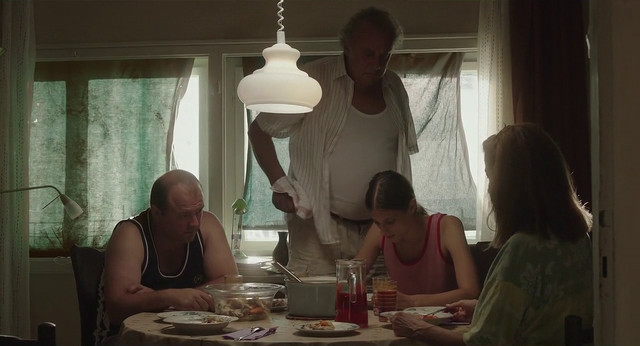 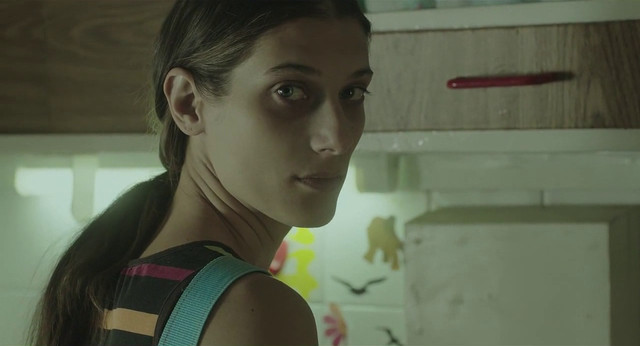 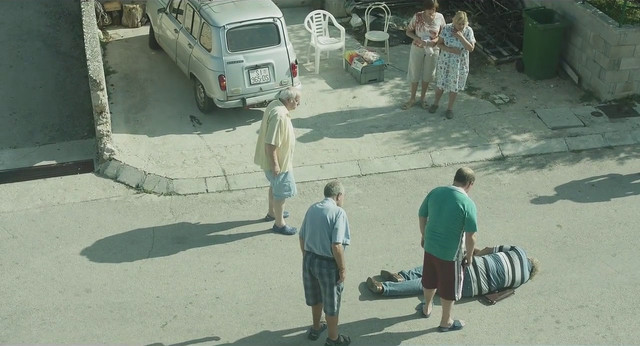 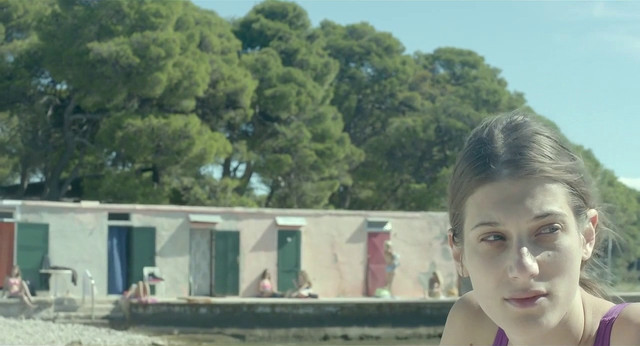 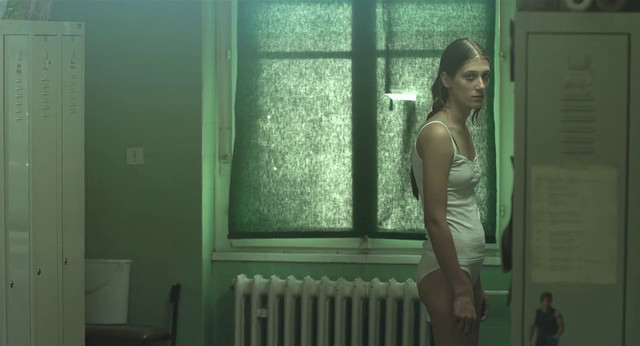 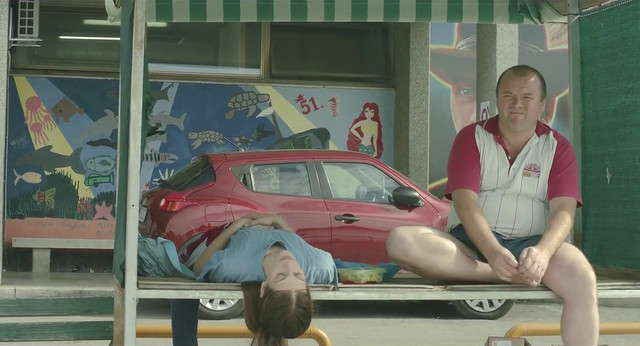 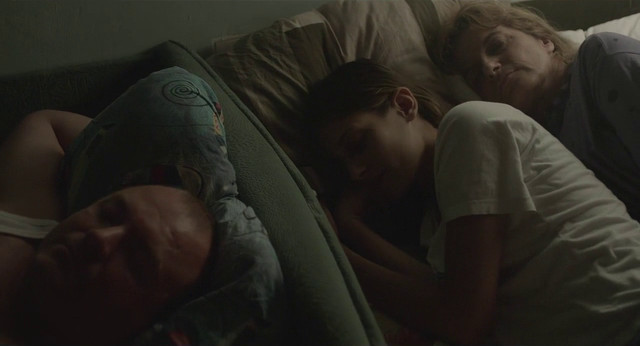