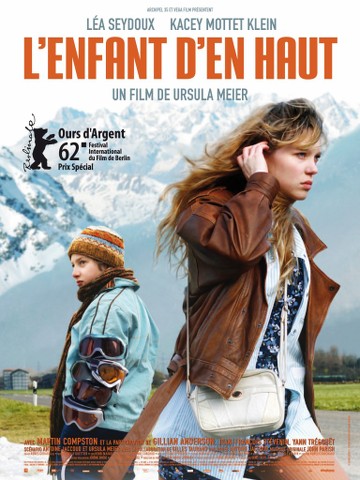 Every day, twelve-year-old Simon takes the cable car up to the mountains where the slopes bristle with the hustle and bustle of winter season tourists. He pokes about in hotel wardrobes and changing rooms looking for something to eat in rucksacks, but what he’s really after are skis that he can turn into cash.
Whenever he talks to holidaymakers or hotel staff, he tells them that his parents died in a car accident and that he lives alone with his sister. Louis, the young woman who lives in the apartment in the valley has no idea what Simon gets up to all day long. Their odd relationship alternates between quarrels and tenderness.

Ursula Meier sets her second feature-length drama against the backdrop of a popular tourist destination in the Alps. From the broad, anonymous mass of people, she has distilled the story of one child who believes he has found a way to offset his breadline existence. This portrait of a boy on the brink of puberty, poised between deceit and an unquenchable need for love and tenderness, is at the same time an exploration of the contradictions and hidden depths of an ostensibly prosperous world