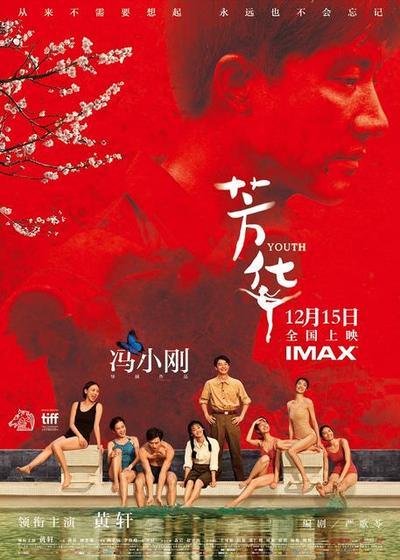 Synopsis:
A look at the lives of members of a Military Cultural Troupe in the 1970s.

Review:
Mixing graceful dance scenes with gruesome battle sequences, Youth presents a rose-tinted view of China’s Cultural Revolution and war with Vietnam, but its narrative about the loss of innocence of its young characters is fascinating

The seismic social and political changes in 1970s and ’80s China form the backdrop to director Feng Xiaogang’s ( I Am Not Madame Bovary ) sprawling tale of youthful longings, life-altering tragedies and enduring regrets, adapted by Chinese author Yan Geling from her semi-autobiographical novel.

Abruptly pulled from a September release in China before the Communist Party gathered for its national congress, Youth probably touches a nerve with its depiction of the Cultural Revolution’s devastating impact on ordinary families and of the horrors of the 1979 Sino-Vietnamese war.

But, as the millions of cinema-goers who made it one of December’s top-grossing films in China would attest, Feng’s nostalgic coming-of-age drama about members of a People’s Liberation Army dance troupe is far less brutal in its historical assessment than its portrayal of the fickleness of young hearts.

Narrated with wistful hindsight by dancer Xiao Suizi (Elaine Zhong Chuxi), who would in time experience her own heartbreak, Youth begins with the arrival of new Beijing recruit He Xiaoping (Miao Miao), accompanied on her trip by the Chengdu performance art unit’s resident hero Liu Feng (Huang Xuan).

While the great romance between Xiaoping and Feng is flagged early, the story takes in a convoluted series of incidents before it gets there, from Xiaoping’s plight as a target of bullying and Feng’s misguided affection for a conceited girl (Yang Caiyu) in the troupe, to her psychological traumas as a nurse and his disabling wounds suffered in the Sino-Vietnamese war.

The discrepancies between dreams and reality set the elegiac tone of Youth, which features graceful scenes of gorgeous dancers alongside exceedingly gruesome battle sequences. The film also, clumsily, dashes the romantic hopes of its lead characters when the objects of their affection suddenly enter new relationships.

It may present a rose-tinted view of two of the more chaotic periods in modern Chinese history, but Youth’s conflicted narrative conveys the loss of innocence of its young characters fascinatingly. The film concludes on a heavy note of melancholy that lingers long after the end credits roll.