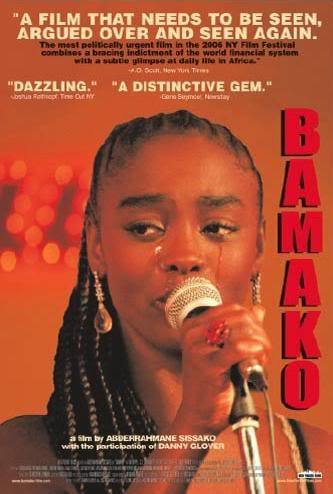 Review:
Bamako is an amazing polemical political film like no other. The courtroom drama is set in Mali, a former French colony that follows French judicial customs. It’s directed and written by the native of Mali, Abderrahmane Sissako (“Life on Earth”/”October”/”Waiting for Happiness”), who springs on us an intellectually controlled angry attack on globalization that is both confrontational and illuminating. It’s set in a poor section of Bamako, in the capital city of Mali, in the courtyard of a residential building, where a mock trial is being conducted by lawyers and judges in formal robes to judge the culpability of the World Bank and other Western institutions such as IMF (International Monetary Fund), G8 and WTO (World Trade Organization) for perpetuating Africa’s debt crisis and thereby is mainly responsible for its current social, economic and human debacle. Numerous trial witnesses (professors, farmers and writers) point their finger at the uncaring financial institutions over their control of the global economic means that keep Africa down. The film used professional lawyers, judges (actual judges, both black and white) and witnesses (actual activists) and told them to tell in their own words what they are feeling. It all comes together in a profoundly moving way. And, in the bargain, Sissako integrates the everyday life movements of some of the locals taking in the trial. We are shown shots of kids playing, women who go about using dye on their fabrics and a woman nursing her baby; a wedding procession that passes through; and it highlights a couple’s rocky marriage coming apart, involving a talented and attractive lounge singer, Melé (Aïssa Maïga), who we hear sing, and her despondent, unemployed husband, Chaka (Tiécoura Traoré)–learning Hebrew in case there’s an embassy from Israel there in the future and he will apply to be a guard. The regular people of Mali all have a problem trying to make ends meet in a tough economic climate. Also included, I guess for comic relief, is a cowboy sequence of a mock movie being made nearby with American actor Danny Glover (who was one of the film’s executive producers) and Palestinian director Elia Suleiman.

Systematically and with a fervent passion for the cause, the mock trial shows how the institutions all contribute to the disadvantaged and corrupt state of the continent by pretending to be for progress but in reality everything they do is for their own economic benefit. In a straightforward manner the mock trial relentlessly skewers global capitalism and leaves no doubt about all the damage it has done to the continent.

It provides a unique chance for the viewer to become more familiar with modern Africa and, in all fairness, it shows that not all blame for Africa’s crisis can be placed on Westerners but Africans themselves must also share the blame through its wars, ignorance over AIDS and genocidal practices. That it’s didactic and slow moving doesn’t lessen its power, its words of truth or how necessary is its lesson.

1. Interview with Abderrahmane Sissako
(In French with hardcoded English subtitles)

2. Interview with Dabby Glover
(In English without subtitles)

3. A promotion film by Christian Aid organization.
(In English without subtitles) 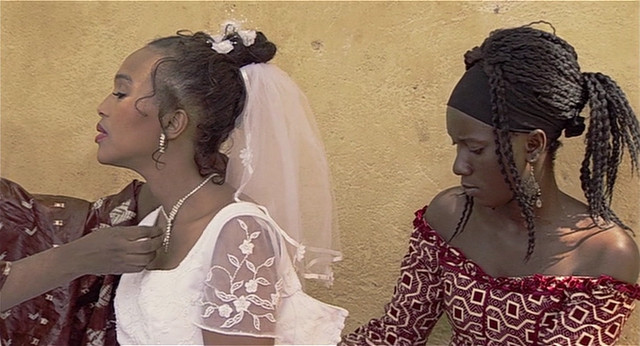 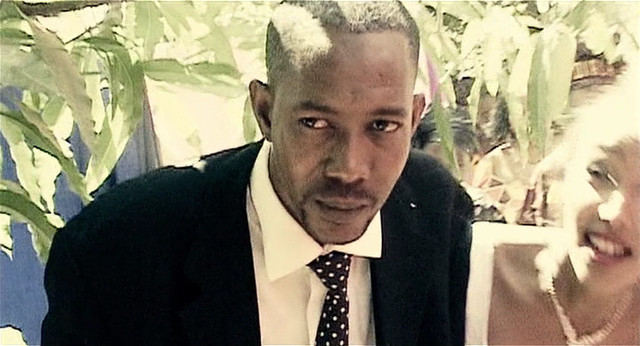 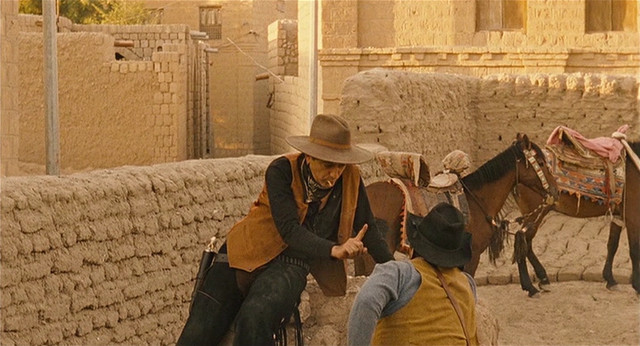 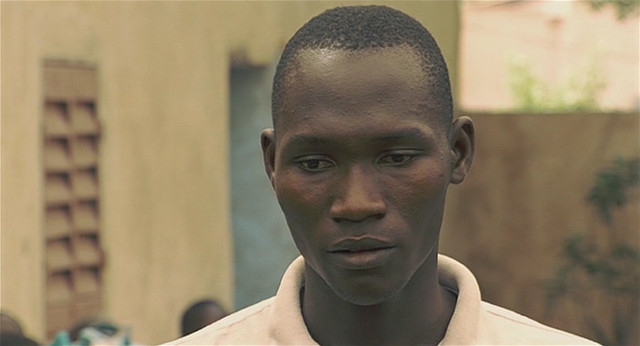 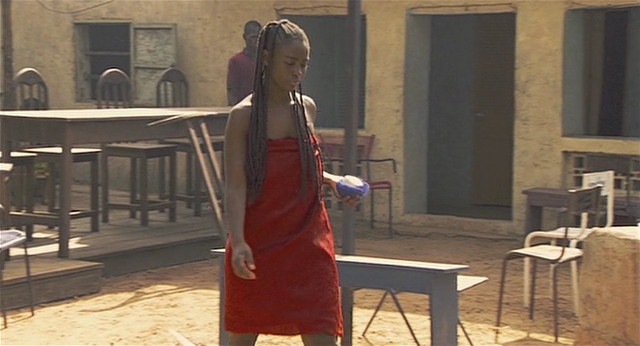 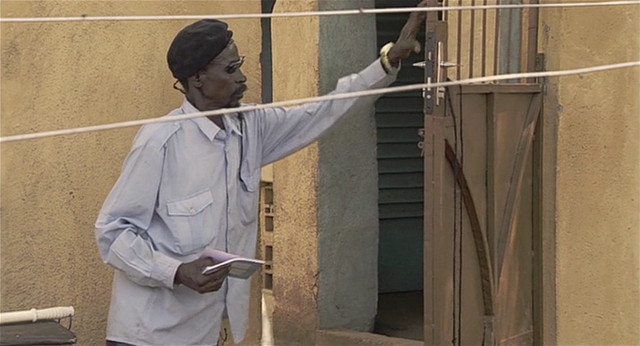