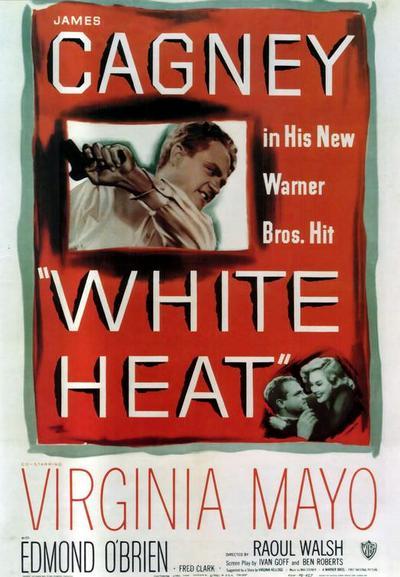 Quote:
White Heat (1949) is one of the top classic crime-heist dramas of the post-war period, and one of the last of Warner Bros’ gritty crime films in its era. White Heat is an entertaining, fascinating and hypnotic portrait of a flamboyant, mother-dominated and fixated, epileptic and psychotic killer, who often spouts crude bits of humor. The dynamic film, with both film noir and documentary-style elements, is characterized by an increased level of violence and brutality along with classical Greek elements.

…..
The melodramatic, Freudian-based crime film is enhanced by the musical score of Max Steiner and the frantic pacing brilliantly served up by the director. The three most memorable scenes include:

* the lap-sitting scene portraying the gangster’s unhealthy affection toward his mother who soothes him during bouts of migraine headaches
* the prison mess scene when the crazed gangster hears of his mother’s death and goes beserk
* the apocalyptic finale as he dies in a blaze of glory at the “top of the world”.

The fast-paced, powerful Warner Bros. film revived the gangster film in the last year of the decade – and it was 50 year-old James Cagney’s comeback-return to his popular, ‘tough-guy’ gangster image at the studio with a dynamite, all-stops-out performance. His last film with Warner Bros. was seven years earlier – Yankee Doodle Dandy (1942). This was Cagney’s first gangster film role in ten years – his previous role was in The Roaring Twenties (1939) with the same director – Raoul Walsh. (Walsh had also directed Cagney in two other films: Strawberry Blonde (1941) and A Lion is in the Streets (1953). He also helmed one of the best films in the gangster genre – High Sierra (1941) starring Humphrey Bogart.) And before that, Cagney had appeared in one of the earliest, most definitive gangster films for Warners – Public Enemy (1931), as well as an appearance in Angels With Dirty Faces (1938).

After this pivotal 1949 film in Cagney’s career as an archetypal, pugnacious gangster, he never achieved the same apotheosis, starring in such films as Kiss Tomorrow Goodbye (1950), the musical bio Love Me or Leave Me (1955), the comedy-drama Mister Roberts (1955), the Cold War comedy One Two Three (1961), and after a long 20 year hiatus, Ragtime (1981).
…..
In the famous, climactic scene ending the film, he defiantly scrambles higher and higher around a holding tank with curving stairs circling the steel bulbous sides. At the top of the sphere, he even gleefully fires upon Ryley as he turns himself over to the police. Cody is the only one left, cornered high atop one of the gas storage tanks at a dead end – he taunts the cops with a cocky retort: “Come and get me.” Jarrett laughs maniacally as he is repeatedly wounded while standing astride the globe-like tank – or on top of the world itself – by Fallon’s high-powered, scoped-rifle fire. As he recocks his gun, Fallon quizzically wonders about the mirth of the villain as he self-destructs: “What’s holding him up?”

Rather than giving in and submitting to the lawmen, a cackling, psychotically-mad Cody staggers around on the top of the platform as more bullets tear into him. Now out of his mind, he deliberately empties his pistol into the giant gas-tanks of the chemical plant to ignite them and immolate himself. The men below run from the flaming area, fearing for their lives. And then Cody hysterically lifts his face skyward, holds out both arms, and cries out to his dead mother that he has fulfilled her oft-repeated advice to him – immortality:

Made it, Ma! Top of the world!

With defiance, he dies in the tremendous ‘white heat’ explosion – a mushroom cloud, apocalyptic-style blast that shakes the earth. Following Cody’s suicidal, angry death, an emotionless, unsympathetic Fallon provides an additional epitaph as clouds of smoke billow up and firelight flickers on his face:

Evans: Cody Jarrett.
Fallon: He finally got to the top of the world. And it blew right up in his face.

The flames are extinguished by giant fire hoses as THE END zooms out from the center of the screen.

[There are a number of films that have paid homage to White Heat’s ending, including director Robert Wise’s crime caper Odds Against Tomorrow (1959), and Fade to Black (1980).] 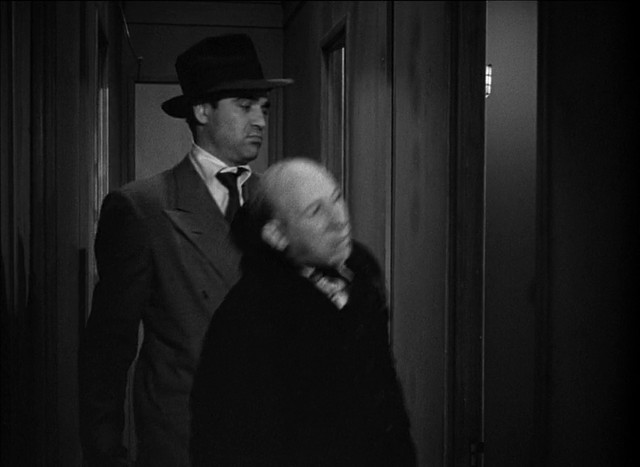 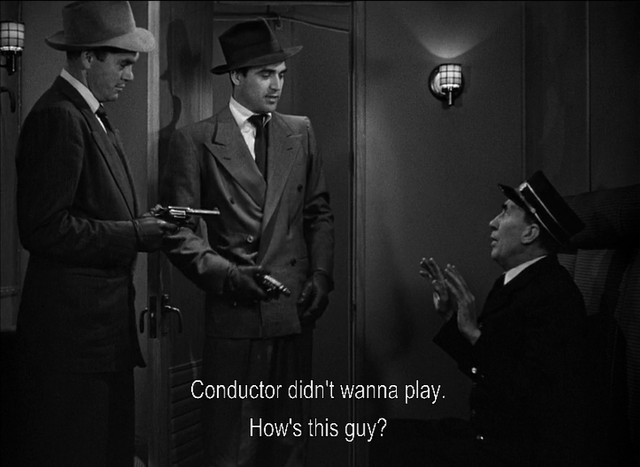 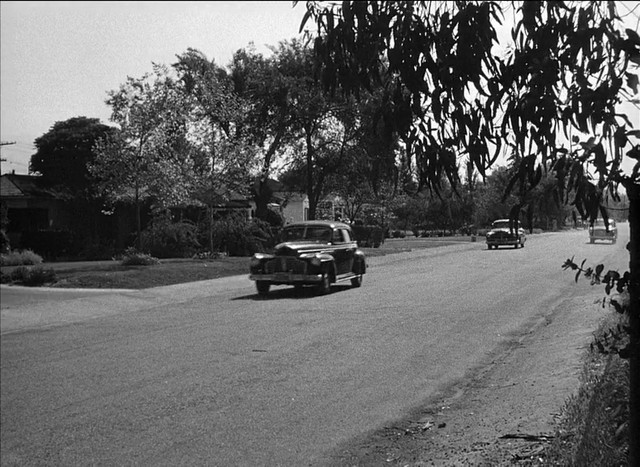 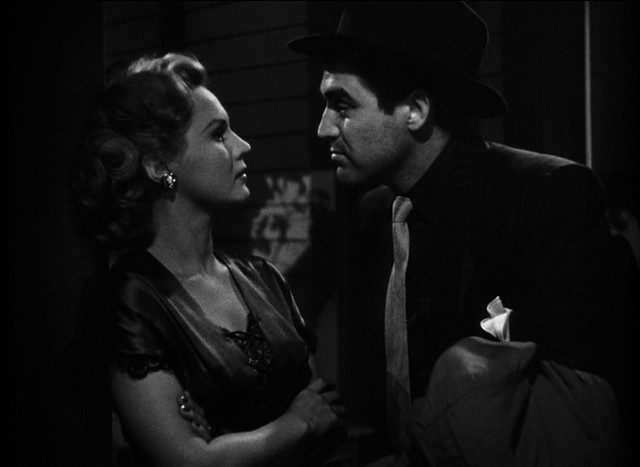 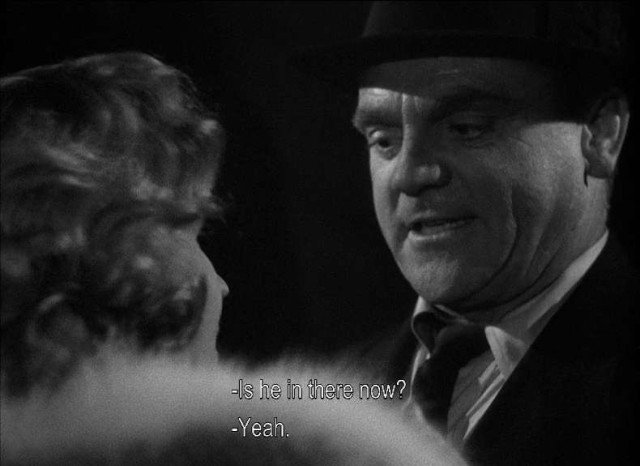 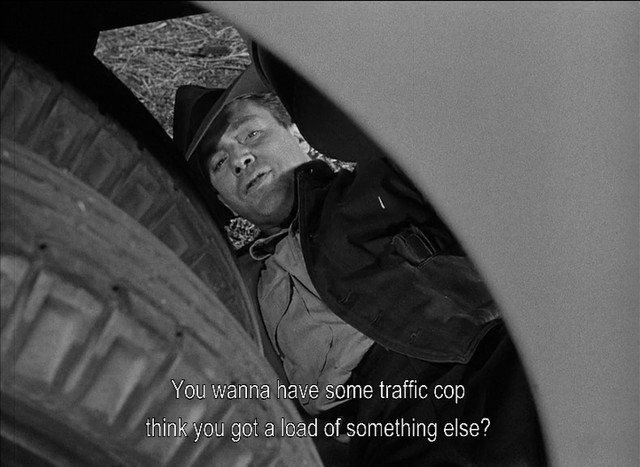 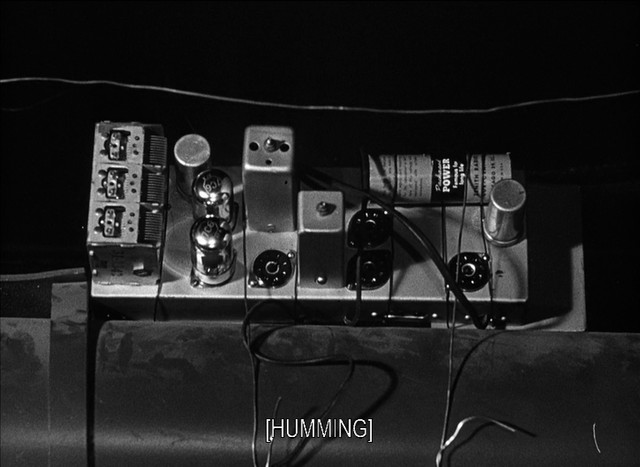 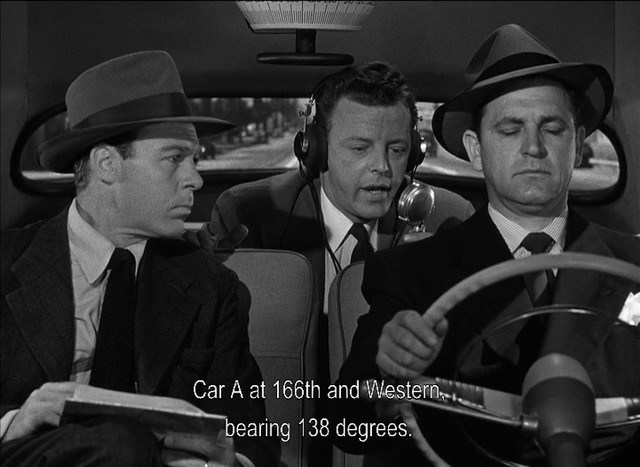 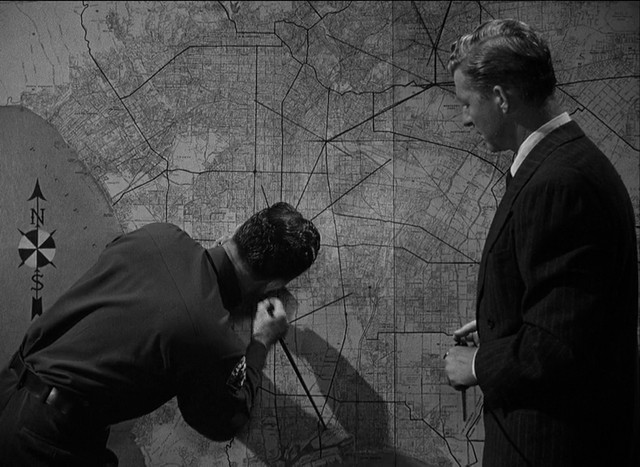